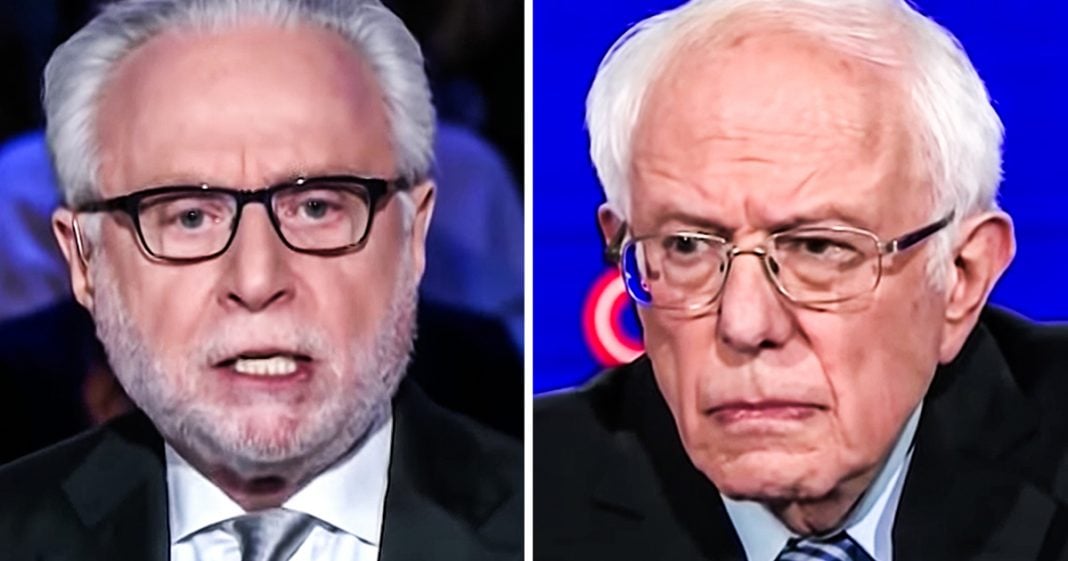 CNN spent nearly half an hour of the Democratic Debate trying to get the candidates on the stage to commit to endless wars in the Middle East, asking loaded questions about Iran, North Korea, and Iraq. The moderators were nearly frothing with desire to find the candidate who would have a foreign policy plan that is just disastrous enough to boost CNN’s ratings. Ring of Fire’s Farron Cousins explains what happened.

Well, folks, last night was the last Democratic presidential debate prior to the Iowa caucus, and it was an absolute train wreck, not because of necessarily what the candidates did on stage, but mostly because of the moderators. CNN put on the debate and it was absolute trash. In fact, it was such trash that CNN is trash began trending on Twitter during and after the debate. But here is one thing that absolutely drove me insane and not just the time when they asked Bernie, did you or did you not say that a woman can’t be president? Bernie said, no, I did not say that. Then they turned to Elizabeth Warren and said, how’d you feel when Bernie said that to you? They didn’t even care about Bernie’s response saying, I didn’t say it, here’s the context. And they immediately turn to Elizabeth Warren and say, how’d you feel when he said that about you?

They wanted to find their candidate who was going to help them sell endless war. And to be honest, a couple of the folks on that stage appeared to fit that bill for CNN. You had plenty of folks that said yes, I would leave troops over there in the Middle East. I would leave active duty combat troops over there. No, I would not meet with North Korea without any preconditions set prior, as if any of those candidates or even CNN can predict the future. Nobody knows what’s going to happen, but here’s the thing, they were baiting these candidates into supporting more endless wars in the Middle East. Most of the candidates actually did take the bait. Bernie Sanders did not. Elizabeth Warren did not. But for the most part, the rest of them said, yeah, sure, sure we can do that and that’s when CNN knew that they had found their people. CNN, more so than MSNBC or Fox news is the absolute worst warmongering network out there. And the reason for that is because the last time CNN even had decent ratings was in the run up to, and the early year of the Iraq war.

2002, 2003 CNN was the place to be. That’s where everybody tuned into to find out where we were with war. Are we going to war yet? Is it time yet? Wolf Blitzer had those big maps where he’d walk around the floor of Iraq and show, here’s this, this, this, this. He did it last week with Iran, actually. So yeah, Wolf Blitzer is chomping at the bit for more war because he understands that might be the only way to save his job. CNN, as Donald Trump has correctly pointed out, is absolutely dying. They’re not dying for the reason Trump says, but they’re dying because they’re trash. They’re trash because they have no journalistic standards anymore. Yeah, every now and then you get one of the hosts who gets a good zinger in there on a member of the Trump administration. You know, Cuomo does a great job of nailing Kellyanne Conway every now and then when she goes on that show.

But that’s just kind of fun to watch. That’s not actual journalism. It’s like watching professional wrestling. Yeah, you can get joy out of it, but you know that it’s not real. And at the end of the day, it doesn’t actually matter. And that’s what CNN has become. CNN is the professional wrestling of cable news news. They have to create conflict. They have to have a bad guy and they have to have something to hold the viewer’s attention because they have no charisma or integrity at that network to hold it on their own. So they manufacture these outrages, CNN is the one who manufactured the outrage between Bernie and Elizabeth Warren that has now effectively ended that friendship. That’s on CNN, and they did it intentionally and they did it because they are so starved for ratings that they are willing to destroy any lives in the path that they think may stand in the way of ticking up those ratings just a couple of notches. Twitter was right, and CNN is trash.