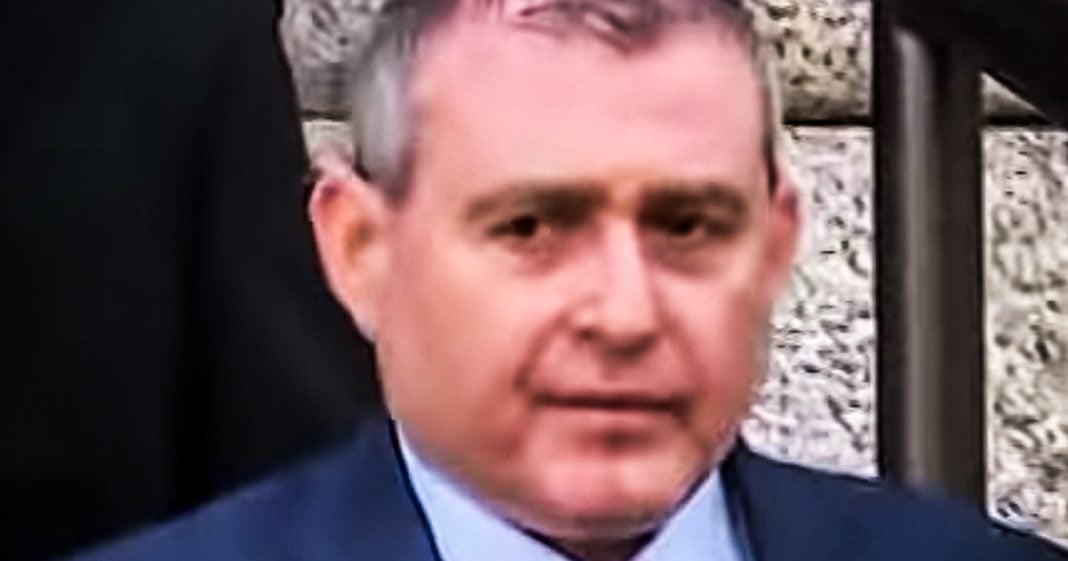 From the looks of things, it would appear as if the Democrats in the House really screwed up by rushing their impeachment vote before all of the evidence was in. Just this week, indicted Giuliani associate Lev Parnas handed over materials that his lawyer claims are “vital for impeachment,” but the vote already happened. Unless the Democrats adopt more articles of impeachment, this new evidence might be worthless. Ring of Fire’s Farron Cousins explains how the Democrats screwed up, assuming their motive was to actually convict Trump of criminal activity.

Well folks, we have some good news and some bad news. So we’ll start with the good news. The good news is that yesterday on Monday, Lev Parnas, Rudy Giuliani’s indicted buddy, started handing over materials to the house intelligent, intelligence committee. This includes contents of a cell phone, contents of a second cell phone, because, you know, everybody has a second cell phone. Right? Contents of an iPad, photos, What’s App messages, all kinds of things. And Parnas’ lawyer said that all of this is relevant to the impeachment of Donald Trump, which is great, right? Well, unfortunately, that’s what leads us to the bad news here because all of this info just went to the house of representatives that’s already done with impeachment. So what’s the point, right? What, what are they going to do with this? Have another hearing? Are they going to take those articles back that Pelosi’s about to walk over to the Senate and say, oh, hold up, hold up.

New stuff just came along. We gotta, we gotta add some stuff to this. They’re not, they’re going to send the articles over and that’s going to be that. They’re going to be sitting on this new treasure trove of info from Lev Parnas that not only has incriminating evidence on Rudy Giuliani and Donald Trump, but hey, it also lumps in Devin Nunes because we still don’t know what was discussed in their eight minute phone conversation, which was sandwiched between conversations that Parnas had with a reporter from the Hill. The one who happened to break the Hunter Biden Barista story. That’s where that Nunes call was sandwiched in between the two calls to that reporter. But hey, I guess that doesn’t matter, right Democrats, because you wanted to go through as fast as you could, vote on these articles of impeachment, then gets your butts home for that nice long holiday break. You screwed the pooch here and I am not going to not be mad about this because so much more information has come out since you voted on those articles of impeachment that you could have bolstered these articles in a tremendous way that the public could not have ignored. Now, a couple things to point out. Sure, yeah. The public is on the Democrat side on impeachment. The public is against Mitch McConnell on impeachment. From all the looks of it, it appears that the Democrats played this right, for now.

It’s January, the elections not till November, so if the Senate does in fact take up the trial January 21st which is what they’re now saying is going to be the start date, it’ll end what, probably by February. So then you go through all of February, March, April, May, June, July, August, September, October, then November 10 months, and everybody will have forgotten all of, all of this. All of it, every single bit of it. You know those poll bumps that Democrats are seeing right now, those will be gone by then. You know, the massive public support for impeachment and removal, that’ll be gone by then. But you know what would have been a smarter play, you could have just said, all right, we’re holding off on impeachment for now. We’ve done all our hearings that we need to do. We’re still waiting on the court cases to be decided to see if we can force members of the Trump administration to come and testify.

Because those court battles are still happening. So even if the Democrats win those at this point, so what, you already voted, you could have waited. Think of all of the people including Lev Parnas himself, the smoking gun, could have been testifying. Lev Parnas says he’d be happy to and the public would have learned so much more. We would have learned about every single thing he turned over yesterday and now we won’t. It’ll be buried even if he gets called to testify at this point, if it’s not a part of the impeachment hearing, it’ll be buried. Nobody will care about it and nobody will be paying attention anymore like they were to the live impeachment hearings and it’ll be done with. So the true question here is what was the Democrats motive? If your motive was in fact to flush out the crimes that Donald Trump may or may not have committed, then you screwed up. If your only motive was to embarrass Donald Trump and get a temporary poll bump, then mission accomplished because that’s what you got and that’s what you did. But if you really actually wanted to pop him for some crimes, then yeah, you screwed up majorly. And unfortunately at this point you can’t walk it back.