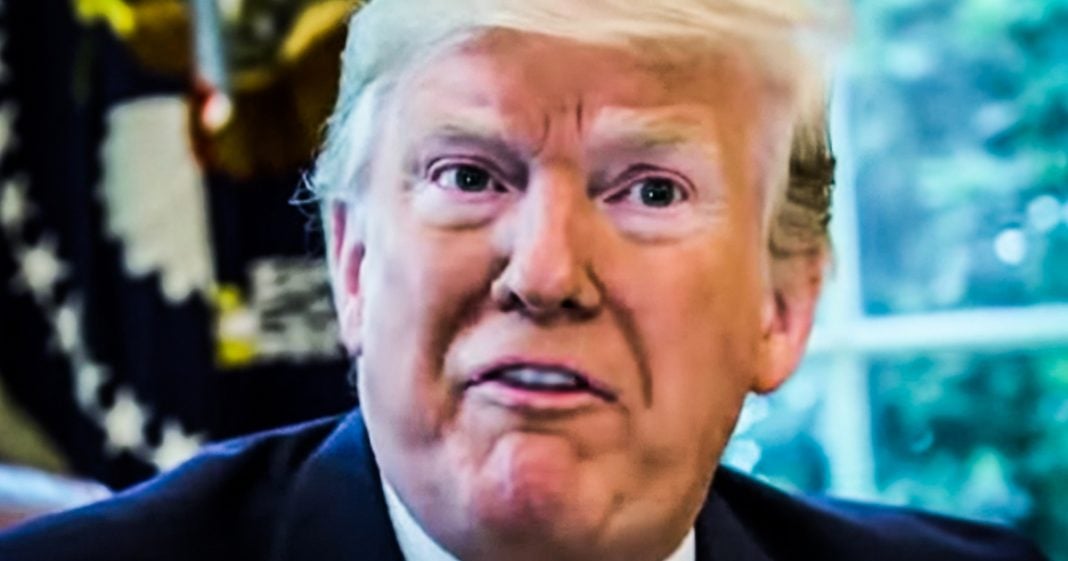 Donald Trump is losing hundreds of thousands of dollars in potential donations as many of the major backers of his inauguration are abandoning him and flocking to the Democratic candidates. While this is certainly bad for Trump, it isn’t exactly the kind of news that we should be cheering. These donors have their own interests in mind, and plenty of the Democratic candidates are willing to be bought off by big money. Ring of Fire’s Farron Cousins explains what’s happening.

According to a new report by The Daily Beast, Donald Trump is losing quite a few big money donors who gave roughly $700,000 to his inauguration in 2016 but now in 2020, they want absolutely nothing to do with him. Here’s a remarkable quote from this Daily Beast article, 15 such donors who collectively gave more than $700,000 to Trump’s inaugural committee, but who have since contributed to the presidential campaigns of Democratic candidates, including Pete Buttigieg, Joe Biden, Elizabeth Warren, Cory Booker, Tulsi Gabbard, Amy Klobuchar, Michael Bennet, John Hickenlooper, Eric Swalwell, and John Delaney. So they’re not just abandoning Donald Trump, they’re now flocking to the Democrats and on the surface that, that seems like a good thing, right? Donald Trump has less money. Democrats have more and according to interviews with some of these donors, the reason is exactly because they do not like Donald Trump’s policy. They do not like the hate coming from this administration. They’re tired of it.

They want them out. They’re going to start funding Democrats. But believe it or not, folks, that’s actually not good. I don’t like this story. I don’t think this is a positive at all. Yes, it’s great that Donald Trump is losing some of his donors, fantastic, and if that were the end of the story, that would be great. That’d be a happy ending. But I don’t like the idea of now this wealthy billionaire money flowing to the Democrats. Money in politics corrupts. It corrupts candidates. It corrupts policies. It corrupts everything it touches in Washington DC. You can start off with a candidate with the best of intentions, the most inspiring transformational politician you have ever seen. Let’s call this fictional character Barack Obama. Then you start throwing some corporate money in there and suddenly that hope and change dwindles down a little bit more. It’s like, yeah, we can keep hoping, but you know, change isn’t always good. Then it’s, eh, maybe we ought to stop hoping and we’ll just kind of leave things the way they are and suddenly hope and change has turned into let’s not worry about it right now.

That’s for future generations to deal with. And that’s what we got with Obama and the reason is because corporate money. It doesn’t help that Citizens United was decided in 2010 while Barack Obama was two years into his eight year term. But that’s what happens. So I don’t care that these big money donors think Trump is a horrible person. That’s great. We all do. Even a lot of Republicans think he’s a horrible person. But I’m going to tell you right now, we own the democratic side, we don’t want your money. And that list of names I read out, did anything stand out to you, by the way? Did you notice a name that I didn’t read out beeause it’s not in the list of people getting this money? Because that’s the first thing I noticed when I read this story. Bernie Sanders is not on their list. Bernie Sanders is not getting this we hate Trump money. And it’s because these big money donors know that they can’t corrupt him. They can’t buy him off. The rest of the people on this list, yeah. Most of them already have been bought and paid for, Buttigieg, Biden. Yeah. Warren, little on the fence there. But I think they think they can corrupt her and if past is prologue, I think they can.