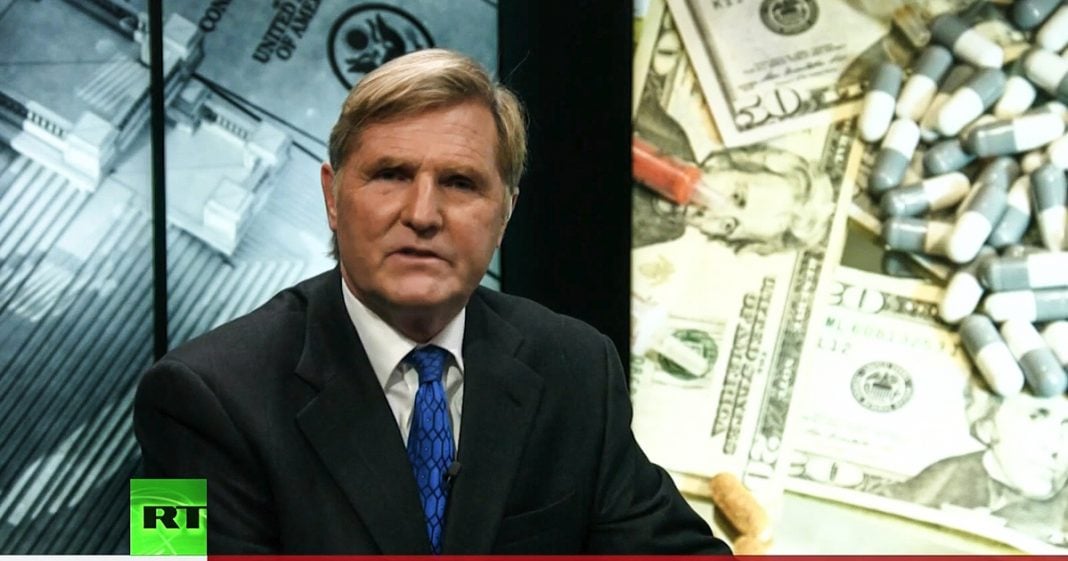 Via America’s Lawyer: A group of progressives from both the House and the Senate have put together legislation that would lower the cost of prescription drugs for American citizens. Also, nearly one and a half million former felons in the state of Florida had their right to vote restored. Mike Papantonio explains more.

And finally tonight, some good news. A group of progressives from both the House and the Senate have put together legislation that would lower the cost of prescription drugs for American citizens. It’s led by Bernie Sanders in the Senate and Ro Khanna in the, in the house. The series of bills would prohibit drug companies from charging US customers more than they do other countries. Congress would finally be able to negotiate drug prices for Medicare and other government programs and allow Americans to import cheaper drugs from other countries. At a time when huge portions of the Democratic Party are focused on attacking Trump, it’s nice to see that there are few progressive’s in that party willing to move forward on issues and ignore the distractions. Americans from all political parties want prescription drug prices reduced. But the question now is whether Republicans and corporate Democrats will side with Big Pharma or the American public. Don’t hold your breath on that one.

Nearly one and a half million former felons in the state of Florida had their right to vote restored thanks to a referendum that was passed by 65 percent of Florida voters in 2018. in spite of the attempts by the state legislator to delay the implementation of this rule. It did go into effect, possibly changing the future of the Florida electorate. Here’s why this matters. The biggest margin of victory in an election in the state of Florida in the last 20 years has been roughly about 240,000 votes. So even if a small fraction of these newly restored voters show up at the polls, they can easily change the outcome of future races. But what’s even more important is the fact that these former felons served their sentences and now they can have their rights restored and they can properly move on with their lives. Don’t be surprised to see this ballot initiative spring up in other parts of the country. I think that’s what’s coming.

That’s all for tonight, you can find us on Facebook @facebook.com/rtamericaslawyer and you can watch all RT America’s programs on Direct TV, on Channel 321, and now streaming live on YoutTube @youtube.com/rtamerica. Also, be sure to follow us on Twitter @americaslawyer.  I’m Mike Papantonio and this is America’s Lawyer, where every week we tell you stories that corporate media is ordered not to tell, because their advertisers tell them not to. Have a great night.