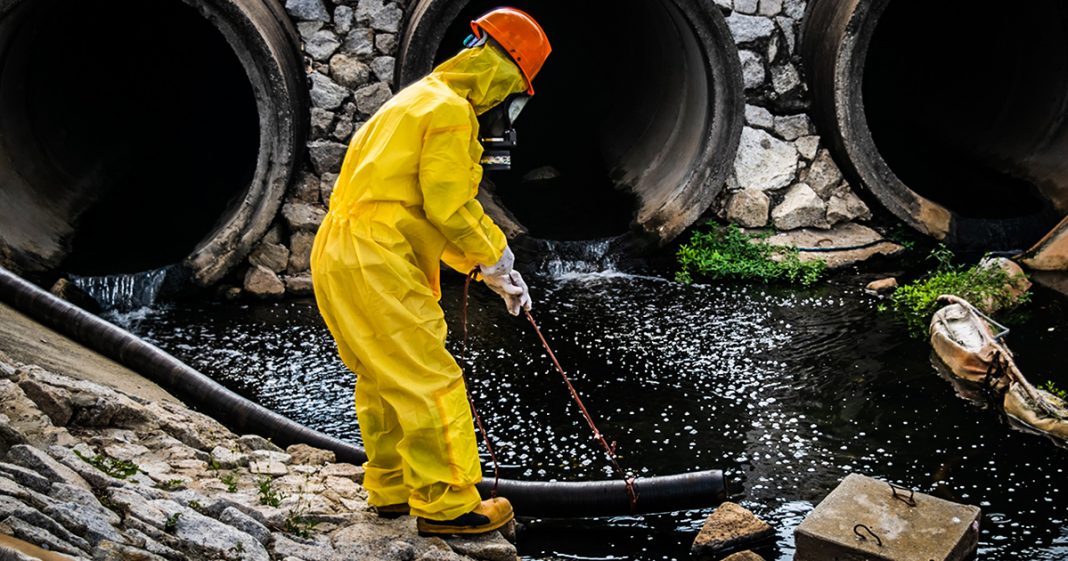 Donald Trump is rewriting the rules for federal projects including new highway construction to EXCLUDE environmental impact studies. This means that future projects built on American soil will no longer have to weigh the impacts of both local environmental damage and climate change. We are running out of time on climate change, and Trump is pushing us backwards on the issue. Ring of Fire’s Farron Cousins discusses this.

Good news for everybody who hates the environment this week as the Trump administration has rewritten the rules for federal projects, and they’re going to now limit the kinds and types and numbers of projects that actually have to have an environmental review done before the projects can be officially approved or disapproved. This means that at a time when little over a year ago, we were told we had 11 years or 12 years I guess to do something about climate change, then, then we didn’t do anything for a little over a year. So now it’s down to a little under 11. Yeah, they want to get rid of environmental review at a time when the continent of Australia is on fire because of climate change. We here in the United States are saying, you know what’s burdensome? Having to think about the environmental impacts of our projects and here are some of the projects that could be exempt from environmental review, thanks to this new Trump rule.

Building of new highways. So if you’ve got to clear cut a forest to stick a road through there, so be it. You don’t, you don’t have to, you know, look at what’s going to happen. Is that going to affect any species out there? Is that gonna cut down on, you know, oxygen, whatever. We don’t care. Just put your damn road there and be gone with it. Bridges, so if you want to build a bridge over a body of water, you may no longer have to look at whether or not you’re going to disrupt any sea life or any aquatic life living in that body of water. You could just drill down, put your big pylons in there, put your bridge up and be on your way. Oh, and the most important one pipelines, you know, those things that are constantly springing leaks and pouring oil onto our soil here in the United States.

Yeah. They don’t want to have to do environmental reviews of those either under these new rules by Donald Trump. But fear not folks, some projects still will have to go through environmental review. We don’t know which ones yet, but we know some of them, they’re still going to have to do this. And that’s why they have also included in these new rules that if they deem it necessary, they may just let the corporation itself conduct their own environmental review and just turn in the results to the federal government, and that’ll be that. So yes, I’m sure you know, TransCanada, still wanting to build those Keystone pipelines here. Oh, I’m sure they’d be totally honest in an environmental review and tell us that, yep, nothing will ever happen with this. This is insanity. As I mentioned, we’re seeing the effects of climate change right now.

We may not always see them every single day here in the United States, depending on where you live. But if you turn on international news, not American news, trust me, they don’t talk about it, but you turn on international news, you see it out there. You go to any news site that’s not for profit and you’ll see stories about climate change. Come to our channel here on YouTube and we talk about climate change quite a bit and environmental impacts of policy decisions from our federal officials. And that is exactly what this is. And yeah, I get it. Climate change, not a super sexy issue, right? Not a lot of people going to click on those videos, which is why actually corporate media doesn’t like to talk about it. Chris Hayes actually admitted that year or so ago on Twitter. He said they don’t like us doing climate change stories because, hard to sell ads for it because they don’t get very many views. But that hasn’t stopped us and it hasn’t stopped international news outlets from talking about the problem as well. And as long as Donald Trump’s in office, we’re going to keep wasting time on that ever shortening clock because instead of moving forward on the issue of climate change at a time when we have no choice but to move forward, this president and his administration continue to move us backwards as we inch ever closer to that point of no return.