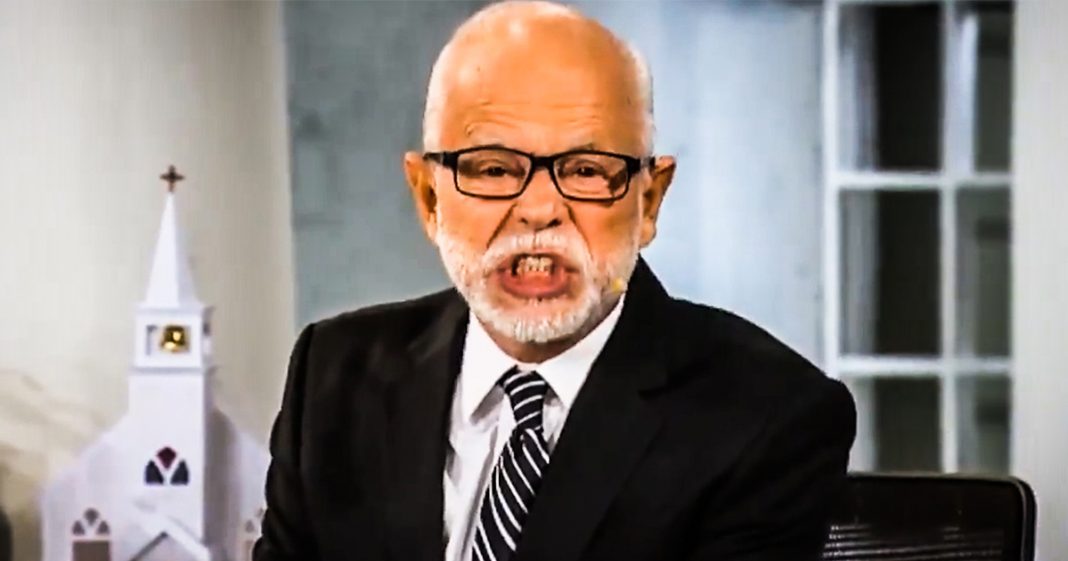 Jim Bakker, the disgraced evangelist who served time in prison, claimed this week that only people who have been “saved” are able to really support and appreciate Donald Trump. Bakker says that being saved means being able to forgive others, and that’s exactly what they are trying to do with Trump. Ring of Fire’s Farron Cousins discusses this ridiculous claim and how it is being used to increase evangelical support for the President.

You know, a lot of people have tried to figure out why evangelical Christians would support a guy like Donald Trump. I mean, after all, Trump, a guy who’s probably never been inside of a church for his entire life, at least not voluntarily, pretty much represents everything that Christianity is supposed to be against. So yeah, it is a little confusing as to why you have the religious right lining up behind Donald Trump. Even last weekend, Donald Trump gave that speech for the religious group and he said, God is on our side. God is behind us. Well, as if that wasn’t disgusting enough, disgraced evangelist, Jim Bakker, came out earlier this week, and this is what he had to say about why evangelicals have to support Donald Trump.

Might also have a little bit to do with the fact that maybe Jim Bakker is also telling his flock out there, you have to forgive me too. Because if you don’t forgive, you’re not saved. And yeah, I did all those horrible things back in the late seventies, early eighties and then went to jail for it. So, yeah, maybe throw a little bit of that forgiveness my way as well. But here’s the truth, the religious right is a fraud. It is a scam. It’s a sham. Jim Bakker is also a fraud. All of these religious leaders out there on your TV every week, some every day, telling you that these groups of people are evil. These groups of people are bad. You’re the only good group of people. If that is the message they are sending, they are not Christians. They are false prophets. They’re the people that the Bible actually warns us against, and yet somehow they have millions of followers and those followers better hope to God that heaven isn’t real. Otherwise they’re going to be in for quite a warm shock when their days on this planet come to an end.