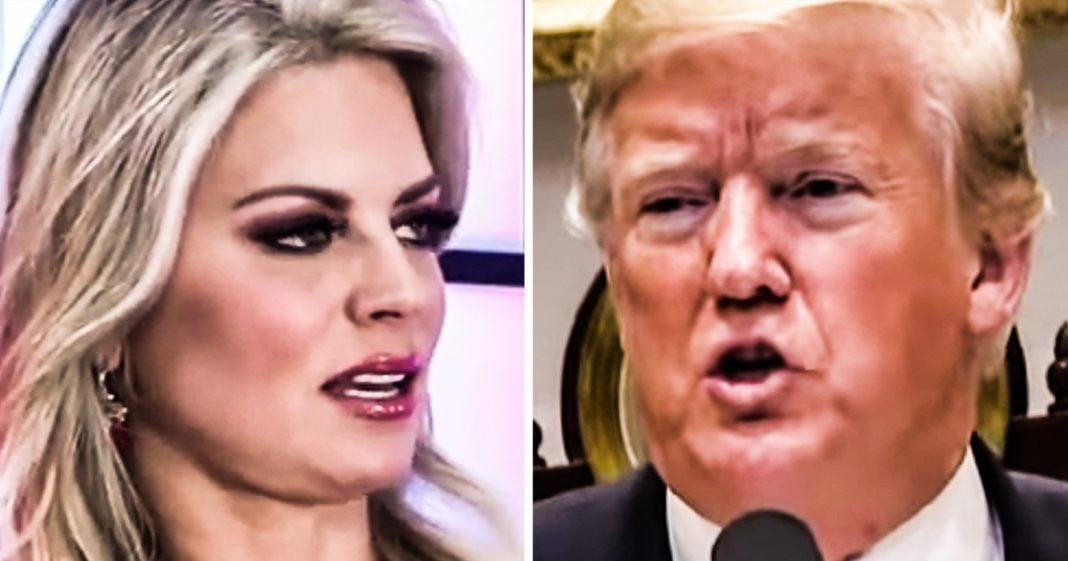 Former Fox News reporter Courtney Friel claims in a new book that many years ago, Donald Trump asked her to come up to his office so that the two could “kiss.” While the timeline of this incident isn’t completely clear, it did happen before Trump was running for President. This is just the latest in a long line of women coming forward to claim the President acted inappropriately with them, and the media continues to act like these stories don’t exist. Ring of Fire’s Farron Cousins discusses this.

One of the more interesting things that has happened ever since Donald Trump announced that he was even going to be running for president is the fact that every couple of months we get a new woman coming forward saying that Donald Trump behaved inappropriately. Sometimes with just a verbal suggestion, other times being accused of full blown rape against these women. But like clockwork, every couple of months a new story emerges. And what also follows that trend is that the media doesn’t seem to care. I mean, Donald Trump has been credibly accused of sexual assault by nearly two dozen women since he announced he was running for president, two dozen. A Huffington Post report from a year or so ago actually puts that number closer to 40 women who have come forward with allegations against the president. And guess what folks? We got another one, a former Fox news reporter by the name of Courtney Friel has a new book coming out and in this book she describes an incident that took place.

She had made a phone call to the president. Of course, at the time he was not the president. He was not even running for president at the time. He was just in charge of the miss America pageant. And her being a Fox news reporter called him up and said, hey, listen, I’m very interested in being a judge for miss America. You know what, what can I do? What kind of process do I need to go to? This is something I would really like to do. And Trump said, well, you’re the hottest one at Fox news, but unfortunately you do work for another network. So you cannot go judge this because it’s on a different network. But I’ll tell you what, Mrs. Friel claims, Trump then asked her, how about we schedule a meeting, you come up to my office so we can kiss.

So she wanted a job, basically, judging miss America a temporary job, well, part time gig there. And instead of giving her that, the president at the time, not the president said, no, I’m not going to do that, but why don’t you come up to my office and we can make out a little bit. Now, according to this story, Mrs. Friel then said, um, sir, I believe we’re both married, and then she ended the phone call. Now, to be clear, this is inappropriate, absolutely. I don’t know that it rises to the level of harassment or anything illegal like that, but it just gives us a little bit more insight into this man and how he operates.

But the question is, do we even need more insight? Do we need to really figure this out? We know because we heard it in his own words in that access Hollywood tape, we know how this man behaves. And that’s another reason why these stories by these women, each time they come out are, are more and more believable because we’ve heard the president’s words himself. We know how he views women, we know what he says about them when he thinks the cameras aren’t rolling or the audio recorders aren’t rolling. We know. And all of this does fall in line with the president’s own stated way of dealing with women. So the only question that remains is why does the media continue to ignore these allegations? Why does the media continue to ignore these stories? Not just from Mrs. Friel here, but the, the story from, from E. Jean Carroll. That to me is the biggest one out there.

But the media doesn’t seem to care. I know we’re supposed to talk policy and that’s what we should do with the election. But when it comes to the day to day news, the way this man has treated women, as objects, almost as animals that he goes and shows off, that to me, warrants a heck of a lot more media coverage than it has gotten over the last four years.