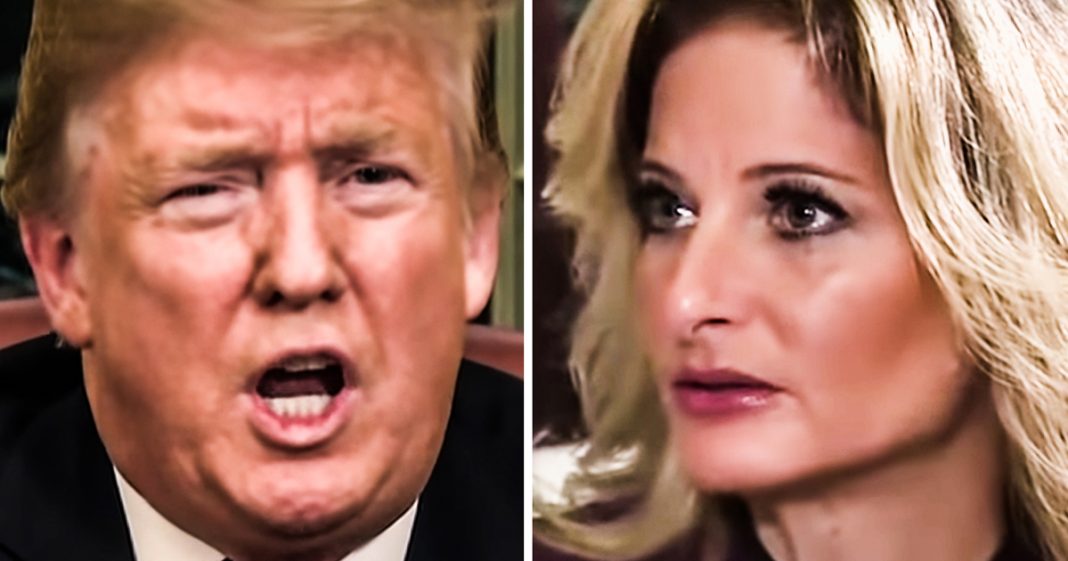 A court has temporarily halted the defamation lawsuit against Donald Trump brought by former The Apprentice contestant Summer Zervos to allow the President time to appeal the lower court’s decision to the New York Supreme Court. This move could prove disastrous for the case, and there is no legal reason why the courts should have made this decision. Ring of Fire’s Farron Cousins discusses this.

The defamation lawsuit brought by former apprentice contestant, Summer Zervos against Donald Trump has been temporarily put on hold by an appeals court in order to allow Donald Trump enough time to appeal the lower court’s decision that said the case can move forward against the president so that Trump could appeal that to the New York state Supreme court. Now, there’s lots of issues with this, right? First and foremost, for those who haven’t been paying attention, Summer Zervos former apprentice contestant said that Donald Trump, um, behaved inappropriately, I guess was the more diplomatic way to say it, but the, a more truthful way to say it would probably be an unwanted sexual advance and unwanted touching of Summer Zervos she was called to his office because she wanted to talk to them about career opportunities, you know, career paths for her that may not have even involved Donald Trump. But he instead use that opportunity according to Zervos to a groper, kiss her against her will.

And, uh, she promptly left. And then after she came forward with these accusations, Donald Trump went to Twitter, went, uh, to the press and said, she’s a liar. She can’t be trusted, blah, blah, blah, blah, blah. The usual attacks on the victim here. So she sued him for defamation and again, a couple months ago, I think middle of last Summer, the court said, guess what Donald Trump, your arguments that you can’t be sued for this. Yeah, they don’t fly. This case is moving forward, but now unfortunately the appeals court has said, you know what, we’re just going to halt it so that Trump can go ahead and uh, appeal it to the New York state Supreme court. That actually makes no sense. I don’t understand why the court made that decision. They didn’t have to, if they wanted Trump to appeal it to the Supreme court, all they had to do was say, yes, the case can move forward. At which point Trump would have appealed it to the Supreme court.

So why the temporary stay? What are they doing? What’s their motive and who are they trying to protect here? Is it Zervos or is it Trump? Unfortunately, we do not have answers to any of those questions, but we do know this is going to help Donald Trump because now it allows his lawyers the opportunity to craft a better argument. You know, one that might be a little bit better than, sorry, he’s president. You can’t Sue him because that’s what they tried to argue originally in the first court said, yeah, that’s not how this works. So now they get more time to recraft their argument to come up with better excuses here and we’ll have to wait and see if the New York state’s Supreme court agrees with Trump’s lawyers or agrees with ms Zervos.

I, I still think it’s disgusting. The fact that the media is not paying as much attention to these stories as they should be. 43 different women have come out and said, Donald Trump did something that I didn’t like. 26 of those women classify it as actual sexual assault. The rest of them, it was either harassment, you know, suggestions, things like that. Still horrible. Maybe not quite as bad as the actual assault that the other 26 women say happened to them at the hands of Donald Trump. The media should be talking about this. They should be talking about it repeatedly because we’ve seen what happens. The media did it in the 90s with bill Clinton. That was wall to wall coverage 24 hours a day, seven days a week. Bill Clinton might be a predator. Bill Clinton may have had an affair. Bill Clinton may have done this with this woman. That’s all they talked about. This. All the right wing media talked about, and here we have a man who was bill Clinton times a hundred with 43 different women who’ve said, Hey, I have a story I’d like to tell about this guy if anybody’s willing to listen. But unfortunately the media today says, no, no thank you. We don’t want to listen to it.