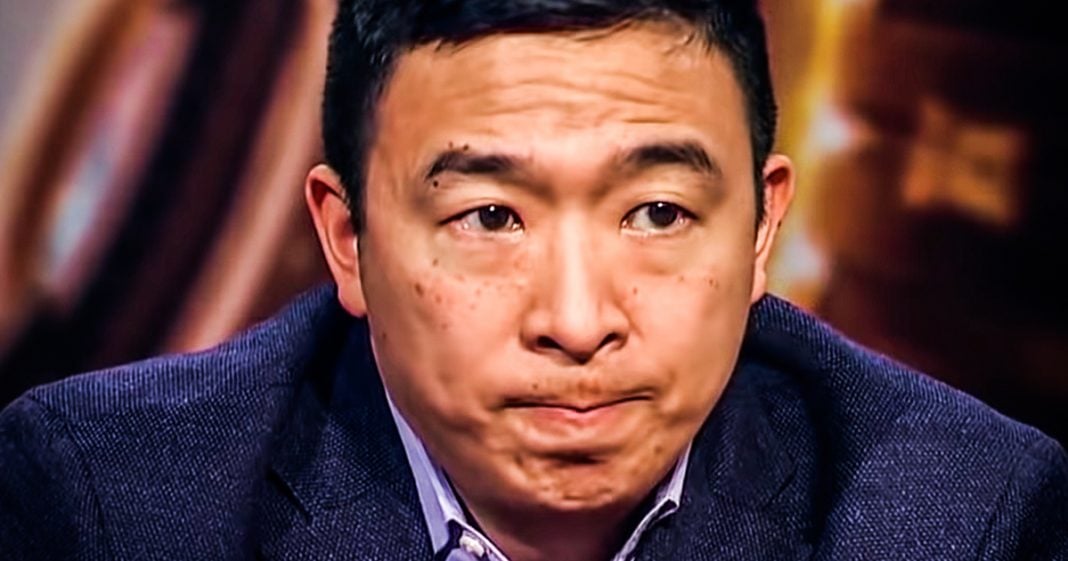 Andrew Yang might be known as the Universal Basic Income (UBI) candidate, but there is another proposal from Yang that is absolutely one of the best we’ve seen from the candidate – his proposal to make our personal data our own property, and prevent corporations from stealing it. We live in an age where our data is being sold to the highest bidder, and that has to stop. Ring of Fire’s Farron Cousins discusses this.

Those of you who’ve been watching ring of fire, uh, regardless of how long you’ve been watching, really, uh, it’s probably no secret that I’m not a huge fan of democratic presidential candidate Andrew Yang. I have criticized his UBI proposal mainly because of the fact that his, uh, mechanism for paying for UBI simply doesn’t work and it’s going to pass the costs onto the consumers with his VAT tax. That doesn’t work in practice, but I do believe in giving credit where credit is due. And I think Andrew Yang does have some decent proposals. He also has one absolutely phenomenal proposal that has nothing to do with universal basic income. And it, it bugs me a little bit that this proposal isn’t being talked about more because this is one that I would love to see every other democratic presidential candidate adopt. And that is, and this was released back in October.

Some of them didn’t find out until two years after the fact. There’s massive lawsuits happening right now from these shoddy companies, these internet companies, big ones, multibillion dollar ones. They let your data get leaked and didn’t tell you for two years. And of course the right to download all data in a standardized format to port to another platform with this is an amazing proposal. So I don’t understand why Andrew Yang’s not out there talking about this every single day. Anybody who goes online, anybody who owns a cell phone, your data is being sold right now. It is. We know that the companies have admitted it. If you’re on Facebook, your data’s being sold. If you’re on Twitter, your data’s being sold. If you have a Yahoo email account, your data’s being sold or worse with the case of Yahoo. Uh, it’s being hacked and leaked.

This is an amazing plan and although pole show right now, Andrew Yang really doesn’t have a path to the presidency, I think he needs to get with other candidates and work with them on this issue. This is important and this is a great proposal from yang and we need other Democrats to adopt this as well. We need the democratic party to adopt this as part of their platform. Your data is your personal property. And Andrew Yang being from the tech industry, kind of, uh, he understands this, I think probably better than most, and I believe he could be an asset if he obviously probably not going to get the nomination. He could be an asset to another campaign, possibly Bernie Sanders, because this kind of proposal, this is absolutely something that is sorely needed in this country. Perhaps not as much as a green new deal or Medicare for all. But believe me, it’s not far behind those issues.