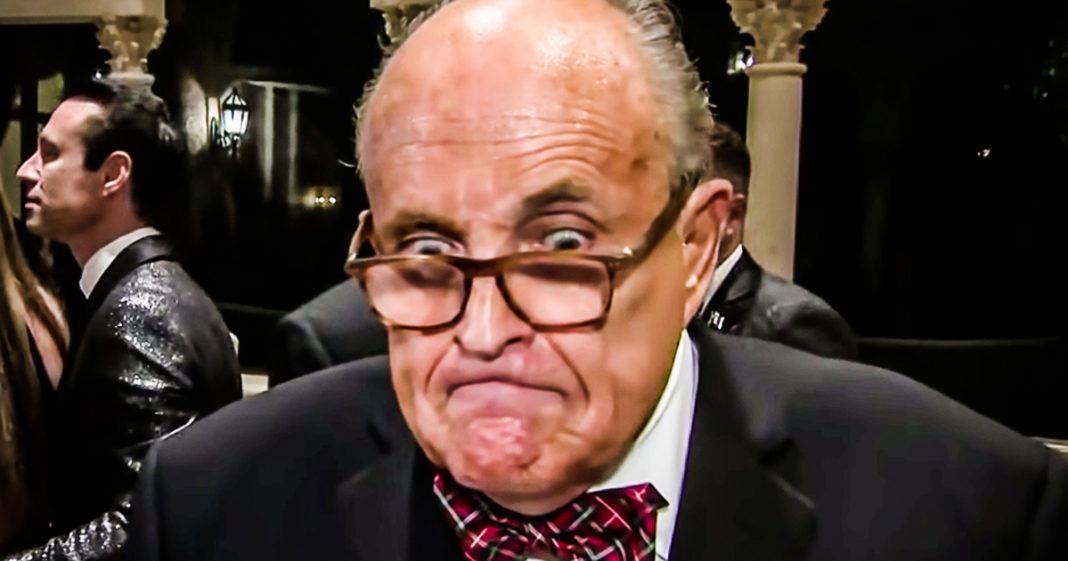 In a deranged column penned by Rudy Giuliani and posted on The Daily Caller website, Trump’s attorney demands that the U.S. Supreme Court rule that this entire impeachment is unconstitutional because Giuliani believes that it is nothing more than an abuse of power by Democrats. Unfortunately for Giuliani, who clearly should know better, impeachment is spelled out in the Constitution, and written in a way that allows Congress a lot of freedom to pursue charges and conduct investigations. Ring of Fire’s Farron Cousins discusses this.

Yesterday, The Daily Caller published an op-ed written by Donald Trump’s attorney, Rudy Giuliani, where Giuliani essentially begged the United States, United States Supreme Court to step in and rule that impeachment is actually unconstitutional. Rudy Giuliani, guy that went to law school, passed the bar, has actually tried cases, has prosecuted people, wants the highest court in the country to rule that part of the constitution is in fact unconstitutional, somehow. Here’s a little snippet from Giuliani’s little op-ed, House Democrats have put our constitutional government in grave danger by attempting to rewrite the carefully collaborated separation of powers under our constitution and usurping powers not granted to the house.

But Rudy goes on and what he goes on to say is technically an admission that the president broke the law. Abusive power and obstruction of Congress are not crimes of any kind, high or low. So, the two things that Trump has been impeached for, abuse of power, which was trying to extort Ukraine, withholding the military aid in order for him to gain politically from it. And his obstruction of Congress refusing to allow people from the administration to go in and testify even though they’d been subpoenaed, those aren’t crimes, Giuliani says. They’re not crimes, totally not crimes, which is also an admission that, yeah, I mean he did them, but it’s not illegal. You know, doesn’t that sound familiar? Isn’t that from the Nixon years? Like, it’s not illegal when the president does it and Giuliani, the worst attorney to ever live in the United States, I’m no longer saying he’s the worst one alive.

He’s the worst one ever. There has never been an attorney in this country worse than Rudy Giuliani. I know Michael Avenatti is trying to get that title, but he’s not there yet. Giuliani is the dumbest and worst attorney I have ever seen and I have actually had to study attorneys in the United States. I’ve had to write biographies for quite literally, almost a hundred different attorneys and Giuliani is absolutely the worst because he admits once again that the president did this thing. He did it, but it’s totally not a crime and you Supreme Court need to look at this constitution and say, yes, it says that Congress can do this, but we’re going to strike it down. Giuliani should be disbarred based on this op-ed alone. Because not only does he not know how the law works, he doesn’t know what’s in the constitution, but he wants, again, further implicates his client, Donald J. Trump in further criminal activity. So yeah, you should be disbarred just based on the contents of this op-ed that the Daily Caller published, but you won’t be. But, your horribleness as an attorney is also likely why Donald Trump is trying to move away from you a little bit as this Senate trial comes closer.