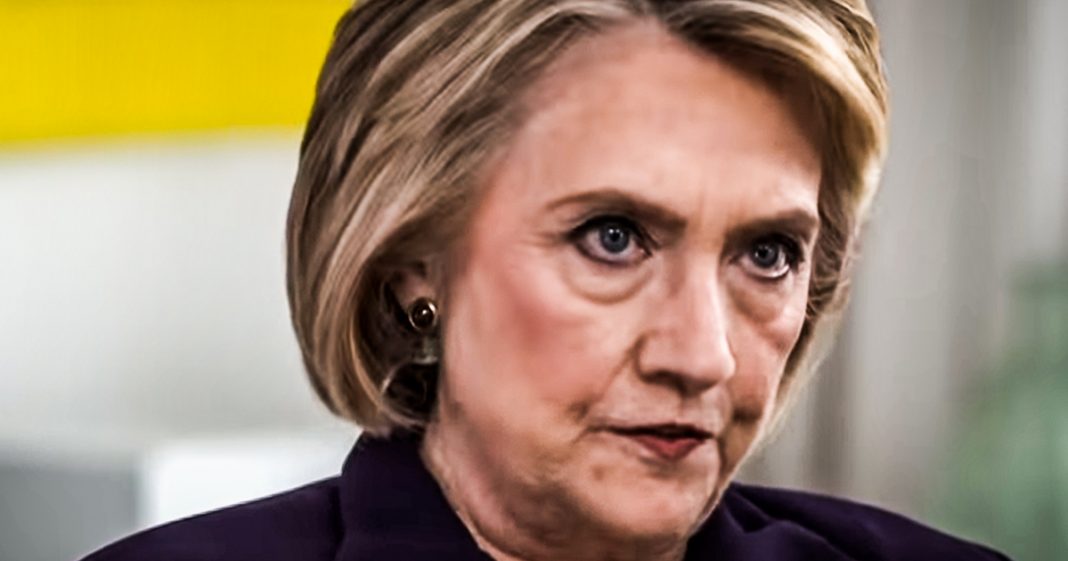 In the early days of the Trump Administration, former Attorney General Jeff Sessions launched a massive investigation into Hillary Clinton and the Clinton Foundation, after conservatives had been claiming for years that there just had to be some kind of criminal activity there. But after three years, the DOJ has finally made it clear that the woman that conservatives hate so much hasn’t broken any laws. Ring of Fire’s Farron Cousins explains what’s happening.

Most people may not realize this and to be honest, I had personally forgotten that this was even a thing, but apparently since November, 2017 the justice department has been investigating Hillary Clinton. They have had a little over two years of investigations going on into Hillary Clinton where they appointed John Huber, a US attorney to be the special prosecutor in this case. And for two years and two months, they have been investigating everything having to do with Hillary Clinton, the Clinton foundation, the uranium one sale that Republicans were certain would take down Hillary Clinton, everything she did as secretary of state. Basically Jeff Sessions when he was attorney general appointed Huber to go out there, investigate Hillary Clinton, no holds barred, find anything you can find so that we can prosecute this woman because that is what conservatives in this country want. And Huber said, aye aye captain. I’m going to go out there, spent time in Little Rock talking to prosecutors and investigators down there digging through documents both in Little Rock where the Clintons are from. Both in DC, I mean everywhere this guy could get his hands on documents, he combed through everything and what a lot of people also don’t realize is that that investigation has ended.

Is Hillary Clinton being prosecuted for anything? Is she already behind bars? Did I missed that story? No, I didn’t because after two years and two months of investigation, the DOJ has finally admitted that there is literally nothing that we can find in all of her history to prosecute Hillary Clinton for. Now, I have to give this warning just like I do anytime I talk about Hillary Clinton, I am not a fan of Hillary Clinton. I did in fact vote for her in the 2016 presidential election. I did not vote for her in the primary, but I voted for her for president. I didn’t like it. I wanted her to beat Trump. She didn’t, not surprising, and I’m not a fan of her to this day.

But I am forced to sit here and defend her just as I always have because I have always maintained that regardless of my personal feelings for her, which was 100% based on policy, the woman never did anything illegal. I mean, we saw that. The woman sat down in Congress for 11 straight hours giving testimony because Republicans thought they could absolutely nail her and get her in jail after that hearing, didn’t happen. Years and years and years and years of investigations on Benghazi, couldn’t find anything to prosecutor on. That email server that Republicans swear was bleached and acid washed and dumped in a river, I guess. No, the FBI actually did get everything off of the computers. They left the physical computers there. Yeah, because that’s typically what they when they’re investigating cyber crimes, they go in, they make a carbon copy of all the contents on the computer.

Then they take their little hard drive instead of the big giant computer back to their office, and then they analyze everything. That’s actually how that works. No crimes. And then two and a half years almost of this investigation into the Clinton foundation, uranium one, her time as secretary of state, her time as the candidate, her time as the everything, first lady. And you guys get nothing. You got nothing. So please Republicans and even some Democrats alike, can we all, all, every single one of us forget about Hillary Clinton? Can we stop talking about Hillary Clinton? Can we stop obsessing over Hillary Clinton? I don’t care if you’re on the left or the right. Let her go. Let her do whatever she wants to do now because she’s not running for office anymore, which is phenomenal. So let’s all collectively join together, left and right, and move the hell on.