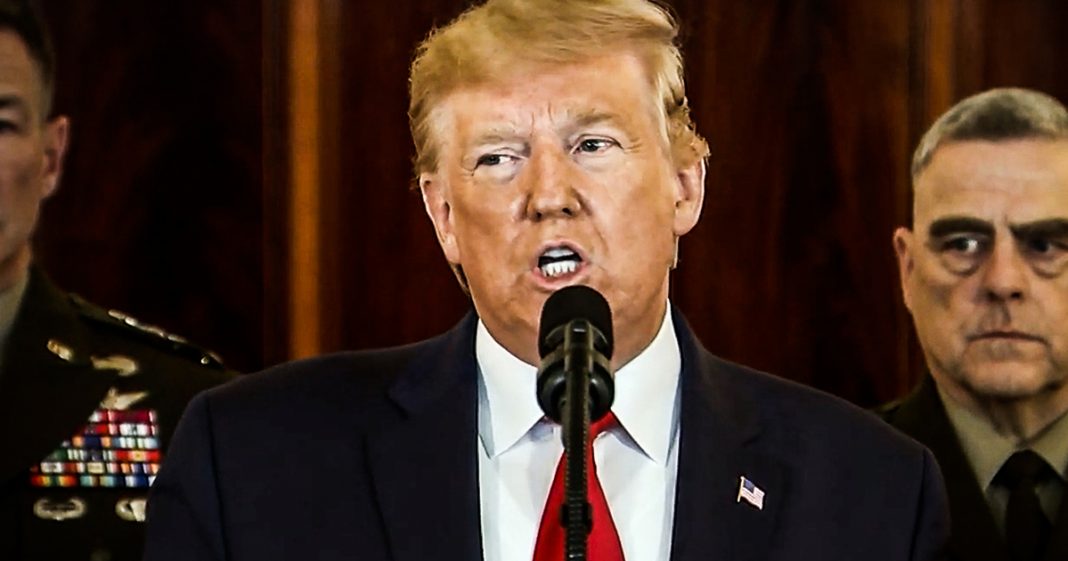 According to an incredibly comprehensive new poll by Pew, a majority of people outside the United States agree that Donald Trump cannot be trusted. This poll is important for many reasons, but the main reason is that the United States can’t be alone on this planet – we need allies and friends for trade, treaties, and pretty much everything else. Ring of Fire’s Farron Cousins explains what this poll means for Trump’s presidency.

If you in the United States do not like Donald Trump, and sometimes you get online and you see all these Trump people and you think you’re alone. Just understand you’re not, you’re not alone in the United States and disliking Donald Trump, and according to a new poll from Pew, you’re not alone amongst the people of the planet because according to this new poll, 64% of people, 36,000 polled in 33 different countries, 64% so they have no confidence in Donald Trump with regards to world affairs.

64%, just three years ago said they did have confidence in the U S president, but at the time the U S president was Barack Obama. So that’s how far we have flipped in just three years, folks, 2017 Barack Obama, 64% global approval rating today, Donald Trump, 64% global dis approval rating. And I know what a lot of Republicans are out there already thinking, who cares? Right? They don’t like him because he says it like it is because he’s a straight shooter because he’s an expert negotiator and he’s making them pay their fair share on things. Well, first of all, literally none of that is true. Okay, let’s go ahead and get that out of the way. Those were all lies. Republicans tell themselves to make them sleep better at night, but Donald Trump’s pour approval rating or should I say high disapproval rating among the rest of the world is highly problematic for us here in the United States because we cannot be a solo actor on this planet.

So, so yeah, that 64% across the planet that, that thinks Donald Trump can’t be trusted. That is a massive, massive problem because even though the poll was not amongst world leaders themselves, their people, their citizens, the people who elect them don’t like Donald Trump. But if they see their leader start to work with Donald Trump, well that could end up in huge public backlash for, for that particular foreign leader. So they would be less inclined to work with our president, to work with our country and help us out when we need help, which is only going to further lead Donald Trump to not help out other people when they need help and so on and so forth until the rest of the world hates us even more than they already do. This is a problem. But what’s really interesting here too is that Donald Trump amongst the world leaders polled, uh, or excuse me, the citizens polled about world leaders. Donald Trump was the, uh, most hated, hated, even more than that. Vladimir Putin guy hated even more than the president of China. The most popular one, by the way, a German chancellor, Angela Merkel, uh, she most popular one across the planet. Trump least popular. Well, yeah. the point is, it’s a problem because we need these people. We need these other countries to like us and to work with us. Otherwise we’re kind of screwed here in the United States.