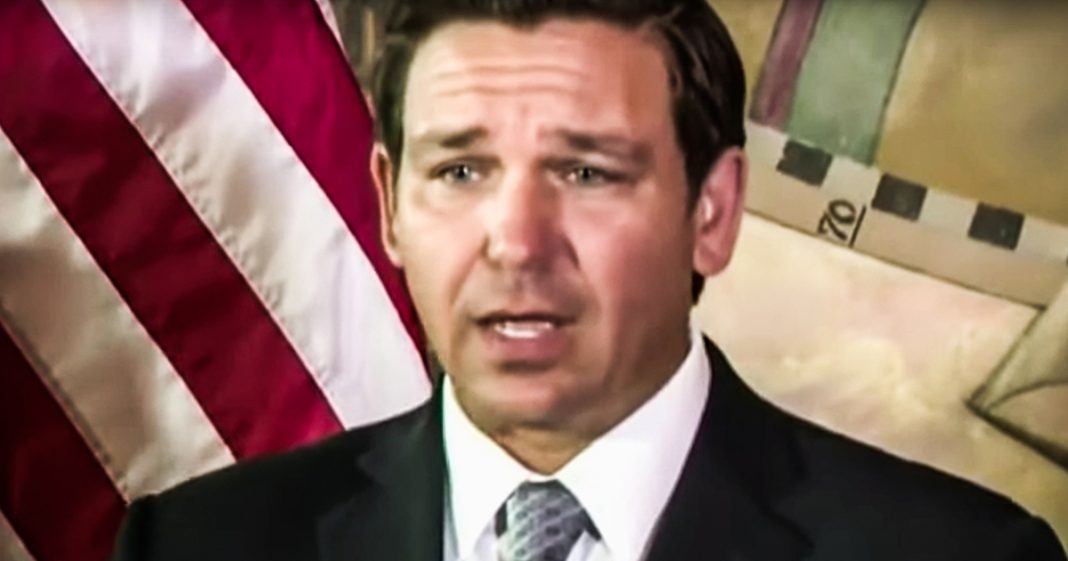 Florida Republicans have been working for the past year to prevent nearly 1.4 million former felons from getting their right to vote back. They passed a law last year that says that these former felons must repay all of the court fees and other legal fees from their trials and incarceration in order to get their right to vote back. But a loophole in the law has allowed Democrat-controlled counties to waive these fees and get more people on the voting rolls. Ring of Fire’s Farron Cousins explains what’s happening.

For the past year, we have talked a lot here on Ring of Fire, about the amendment passed in 2018 here in the state of Florida that allowed former felons to get the right to vote back. 1.4 million former felons were set to get their right to vote back, but our Republican controlled government freaked out, didn’t think this thing was ever going to pass. And so they have been working diligently for the last 13 months to try to prevent the former felons from actually being able to vote because they understand, these Republicans do, adding 1.4 million new voters to the voting roles here in the state of Florida is absolutely a game changer. We have no idea yet how this is going to play out and Republicans pretty much figured it wasn’t gonna work well for them. So they enacted that little poll tax. They passed a law, SB 7066, that says that, hey, former felons, before you can get your right to vote back, you have to pay back all the court fees.

All the court costs, any settlement costs, any lawsuit costs, every single dollar that you racked up in state debt by being convicted. You’ve got to pay all that back and then, then we’ll talk about giving you your right to vote back. That was the law Republicans passed and yes, it made a lot of people angry, but some people instead of getting angry, decided to read the bill, which was probably the better thing to do because they found out that in that bill there’s a bit of a loophole and that loophole is now being exploited by Democrat controlled counties here in the state of Florida and it’s going to come back to bite all of these Republicans squarely on their butts. And here’s what the loophole says, the loophole written into this law actually allows these counties the ability to just forgive those debts, and that’s actually what’s happening right now in four different Florida counties that all vote blue and all by the way, combined account for one third of the total population of the state of Florida.

And those counties are Miami Dade, Broward, Palm Beach and Hillsborough. And they have all decided that rather than forcing these former felons to pay back all these debts, they’re just forgiving the debts because the law lets them do that. And they have now also had massive voter registration drives to get these former felons back on the voting rolls in these blue counties. Meanwhile, red counties haven’t done that. So the counties that are pretty much Republican strongholds in this state, they’re not adding any new voters, whether they’re Democrat or Republican, but the Democrat controlled counties, we’re adding people left and right. And that is amazing. And that is how you use this ass backwards law to your advantage. These people were given their right to vote back. The Republicans in the state tried to prevent them from being able to do it. So the Democrats got smart about something for once, found the loophole and now they’re using it to their advantage.

That is brilliant. So here’s what could possibly happen. We could see other counties in this state start to do this as Republicans realize, oh wait, more Democrats are being registered than Republicans. We’re in a lot of trouble. Or Republicans, the ones who control the state could try to rewrite the law. They could try to pass an amendment that prevents this from happening. But that is not going to pass the test when it comes to being upheld by the Florida court system. Because here’s the thing, it’s not just that these blue counties are forgiving the debt. It’s that they’re also going through, identifying the people who will have the hardest time paying them and they’re fast tracking those people in the system to get their debts wiped out or to arrange a payment plan. And that’s the other part. That’s why the Republicans don’t have much to fight this on because for some of the people, they are arranging a payment plan.

But the court is also saying, you’ve now met your obligations. You can register to vote. You still have to pay. You know, you can make small monthly payments, whatever you can afford. But because we have worked out a deal, I can now sign you off as having met these obligations under this backwards Republican law. Republicans are in trouble down here in the state of Florida, and if the democratic candidates running for president right now were a little more clever, um, I think some of them should start making some trips down here. Maybe, you know, biggest swing state, 29 electoral votes up for grabs. Makes a little bit more sense to spend a lot of time here than it does squabbling in Iowa for five months over those six electoral college votes. We got a lot of new people on the voting rolls down here, and I’m sure they would love for the Democrats to come and spend a little bit of face time in the sunshine state.