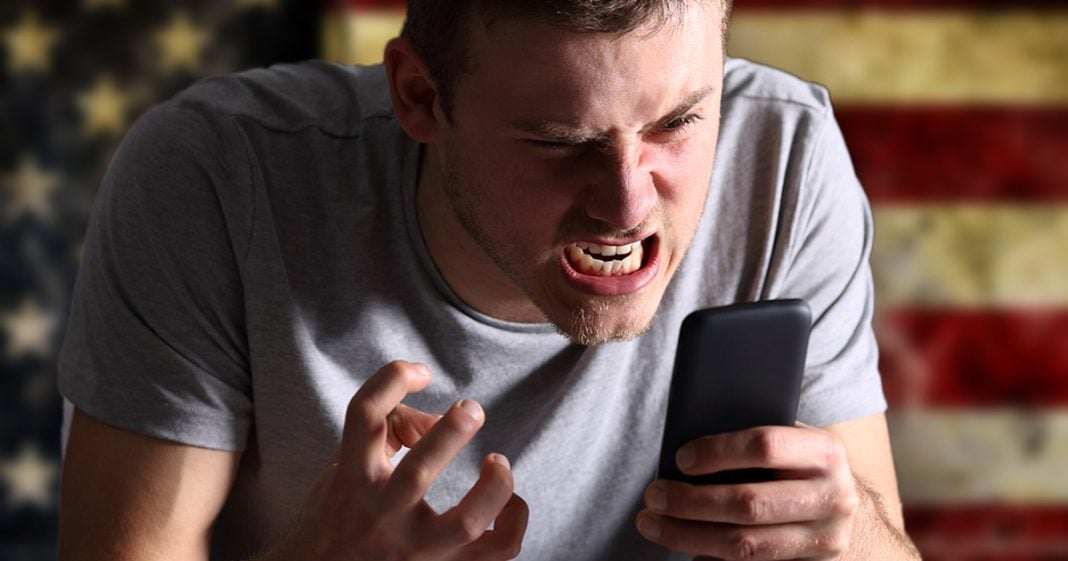 A Facebook executive named Andrew Bosworth says that Donald Trump’s “savvy” use of social media helped him win in 2016, and that the company won’t change their policies to prevent the same thing from happening in 2020. What he’s actually saying is that Facebook’s horrendous policy of allowing lies to be spread if you have enough money is what helped Trump, and Facebook values money more than they value truth. Ring of Fire’s Farron Cousins discusses this.

Facebook’s vice president of virtual and augmented reality, a man by the name of Andrew Bosworth, wrote an internal memo to people at Facebook December 30th, 2019 right at the end of the year. Mr. Bosworth wrote this memo, thoughts on 2020. Now this memo was only supposed to stay with employees of Facebook. It was on their internal servers. Nobody else was allowed to see it, but somehow the New York Times got their hands on this memo and they published it a couple of days ago and forced Bosworth to have to answer for some of the claims he made in it. And here, by the way, are just a few of those claims. So was Facebook responsible for Donald Trump getting elected? I think the answer is yes, but not for the reasons anyone thinks. He didn’t get elected because of Russia or misinformation or Cambridge Analytica, he got elected because he ran the single best digital ad campaign I have ever seen from my advertising, from any advertiser period.

That brings me to the present moment where we have maintained the same ad policy. It occurs to me that it very well may lead to the same result. So Mr. Bosworth, who back in 2016 was actually in charge of the advertising department at Facebook. So he was the guy in charge when Trump was running these ads in 2016, he’s now in charge of the VR department, but he says, yeah, we haven’t changed anything. Still running the same way we did in 2016. So yeah, we might inadvertently get Donald Trump elected again. But oh well, we at Facebook don’t care. The only thing we at Facebook care about is money, because that’s what this all boils down to folks, money. Facebook has decided that just like in 2016 they’re not going to fact check any of their ads. You could get on there, make an ad that claims whatever you want it to claim.

And we’ve already seen the Trump campaign run ads with false information regarding Joe and Hunter Biden. Facebook doesn’t care. They would rather pocket that money and help with the spread of misinformation than have to tell somebody, hey, we can’t take your money because your ad’s false. You can either fix it and then pay us and we’ll run it, or we all lose. Facebook’s not one to say, okay, we’ll all lose here. So again, they would rather pocket the money, thousands upon thousands upon thousands of dollars per week from these political campaigns than have to be honest brokers in this situation. And that’s what Mr. Bosworth is saying here. He’s saying, yeah, you know, it wasn’t the Russians. Sure they bought some ads. What’d they spend? A little over a hundred thousand maybe $200,000 on ads. Sure. Whatever that didn’t do. It wasn’t Cambridge Analytica. It was the fact that Donald Trump was just really dang good at what he does and what he did in 2016 much like he did in 2020 they paid for ads with false information that helped poison public discourse.

People thought for sure Hillary Clinton was guilty of something, that she was some kind of hardened criminal and that she should be in jail. Partly because of all of the ads that Donald Trump and his campaign were running and other third party Republican groups running ads that said the same thing, and Facebook doesn’t care. They just want their money. And even if it means putting this tyrant back in the White House for another four years, even if it means putting the guy back in who’s pushing us towards the brink of war with Iran, they don’t care because they’ll all be fine. They will have their piles of cash to console them as the rest of the country burns to the ground.