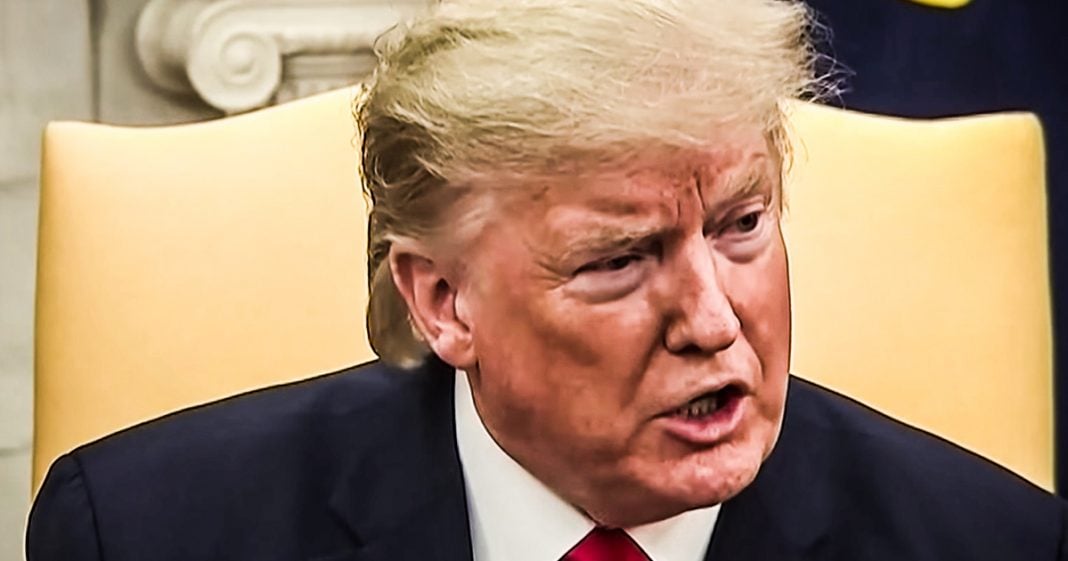 Another one of Donald Trump’s wealthy friends is in serious legal trouble. This time, it is a donor named Imaad Zuberi, who has already pleaded guilty to several campaign-related crimes. This week, Mr. Zuberi was hit with obstruction of justice charges stemming from the investigation into Donald Trump’s inauguration. Mr. Zuberi allegedly engaged in several activities that severely hindered investigators’ ability to investigate the inauguration funds. Ring of Fire’s Farron Cousins explains what’s happening.

Yet another one of Donald Trump’s buddies could likely be headed to prison in the very near future. This time, it is a venture capitalist from Los Angeles by the name of Imaad Zuberi, and Mr. Zuberi was a massive donor to Donald Trump giving $900,000 to Donald Trump’s inaugural committee. Now, here’s the story of Mr. Zuberi. See, Mr. Zuberi had already in California pleaded guilty to several different charges, which include campaign finance violations, tax evasion and failing to register as a foreign agent. But over in the state of New York on the other coast, Mr. Zuberi was also under investigation there because the prosecutors in New York wanted to know exactly where this money that he was funneling into Donald Trump’s inaugural committee was coming from, and that’s where the new charges against Mr. Zuberi come from. This week, Zuberi has been hit with obstruction of justice charges by the courts in New York after he allegedly deleted emails relevant to the investigation into Trump’s inaugural committee and backdated a $50,000 check after the investigation began.

Now the story with the check is that there was a Turkish American businessman who donated money through Zuberi to the inaugural committee, $50,000. After the investigation started, Zuberi wrote him a check for 50,000 then he backdated it in his records so that it would look like he had paid the guy his money back and that he wasn’t funneling foreign money into this inaugural committee, which is, by the way, another thing that Zuberi has allegedly been doing for years. Because see, it turns out that this guy hasn’t just been giving money to Donald Trump. He also gave quite a bit of money to Barack Obama. He has spread plenty of money around to Democrats as well as other lower level Republicans, as well. And according to the prosecutors, Mr. Zuberi told foreign nationals and representatives of foreign governments that he could use his influence to change foreign policy and create business opportunities for clients and for himself.

So this guy, allegedly, according to the prosecutors in this case, was going around telling foreign nationals people who are not allowed to give money to American political races that, hey, give me your money. I’m going to make sure it goes to the politician you want. I’ve got connections, I know the people, and if I give enough money, we can absolutely help influence foreign policy. That’s going to benefit you. It’s going to benefit me. You know, and because you’re giving the money to me, it’s not an illegal campaign contribution, except for the fact that it is. Zuberi just didn’t think that he was going to get caught for it, but he has. So we can now add Mr. Zuberi under the very long and growing list of Donald Trump’s buddies who are going to end up or have already ended up in prison. Because again, whether or not these new charges of obstruction of justice stick, Zuberi already pleaded guilty in courts in California. So he will be sentenced to at least a little bit of jail time for that.