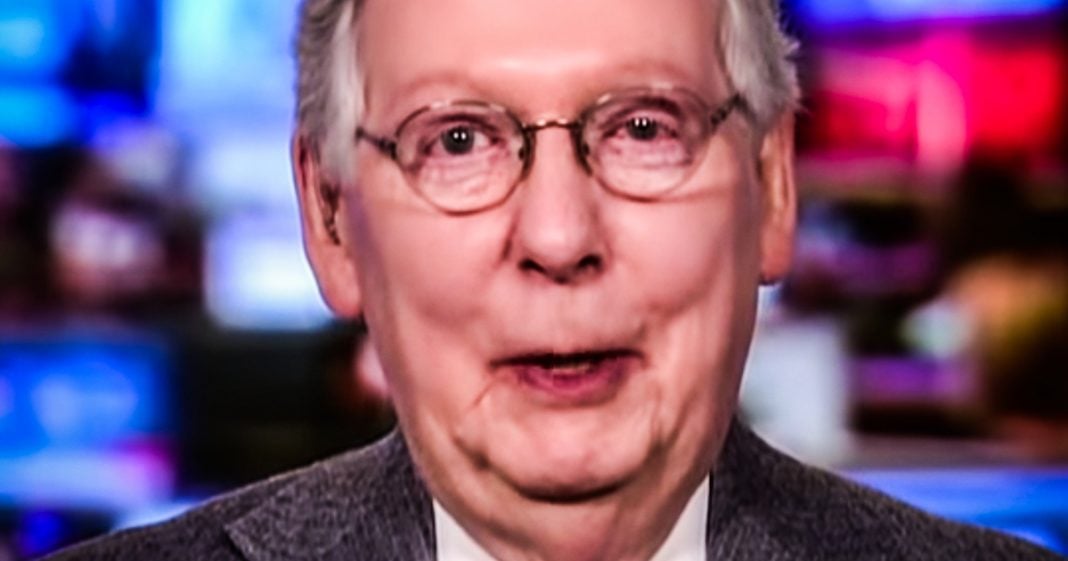 Republicans in the Senate have introduced a resolution that would allow them to acquit Donald Trump of any wrongdoing in the impeachment even if Nancy Pelosi doesn’t send over the actual articles of impeachment. This is the final proof that we need to convince everyone that Republicans are not going to play fair in this trial, and that they aren’t going to turn on the President, either. Ring of Fire’s Farron Cousins discusses this.

Republicans in the Senate made it clear this week that under no circumstances is there actually going to be a fair trial for the impeachment taking place in the Senate. Yesterday, Republican Senator Josh Hawley introduced a new resolution that was signed by multiple other Republicans that would actually give them the authority to dismiss the articles of impeachment passed by the house of representatives within 30 days, if Nancy Pelosi doesn’t turn them over. Here is what it is. The resolution would give the house 25 days to send articles of impeachment over to the Senate. After that, a Senator could offer a motion to dismiss with prejudice for failure by the house of representatives to prosecute such articles with a simple majority vote, which Republicans obviously have in the Senate. So according to this resolution put forward by Hawley, if the Democrats led by Pelosi, do not send those articles over to the Senate 25 days later, they can just hold a simple up or down yes or no vote simple majority, and it’s over. It’s over. No trial. Those articles of impeachment that the house Democrats are still sitting on mean nothing.

They mean absolutely nothing. The Republican Senators who signed onto this ridiculous resolution include our Senator here from the state of Florida, Rick Scott, Mike Braun from Indiana, Marsha Blackburn from Tennessee, Ted Cruz from Texas, Steve Daines from Montana, John Barrasso from Wyoming, Tom Cotton from Arkansas, Joni Ernst from Iowa, David Perdue from Georgia and Jim Inhofe from Oklahoma. All of those Republicans signed on to this resolution saying, yep, this is how things are going to be for us. Now, I had discussed in the past a couple different avenues that were very unlikely to happen, but if those avenues were taken that could persuade some Republicans in the Senate to maybe switch and go against Donald Trump in the Senate impeachment trial, I don’t believe those avenues exist in any form anymore.

There is no chance whatsoever that we are ever going to see any Republicans in the Senate go against Donald Trump. That myth has been busted. It’s over. Let’s stop pretending. Let’s stop buying into these headlines that say, oh, Susan Collins, or, or Lisa Murkowski, or even this morning Mitt Romney. Oh, maybe they want it. Nope. Nope, Nope, Nope, Nope, Nope. It’s not going to happen, folks. Let’s stop giving ourselves false hope. Let’s stop pretending that there is a single Republican serving in the Senate that has a shred of dignity or a hint of a backbone because that’s a mythical creature. You might as well say, big foot is going to go into the Senate and vote against Donald Trump because he is more realistic than a Republican with a conscience.