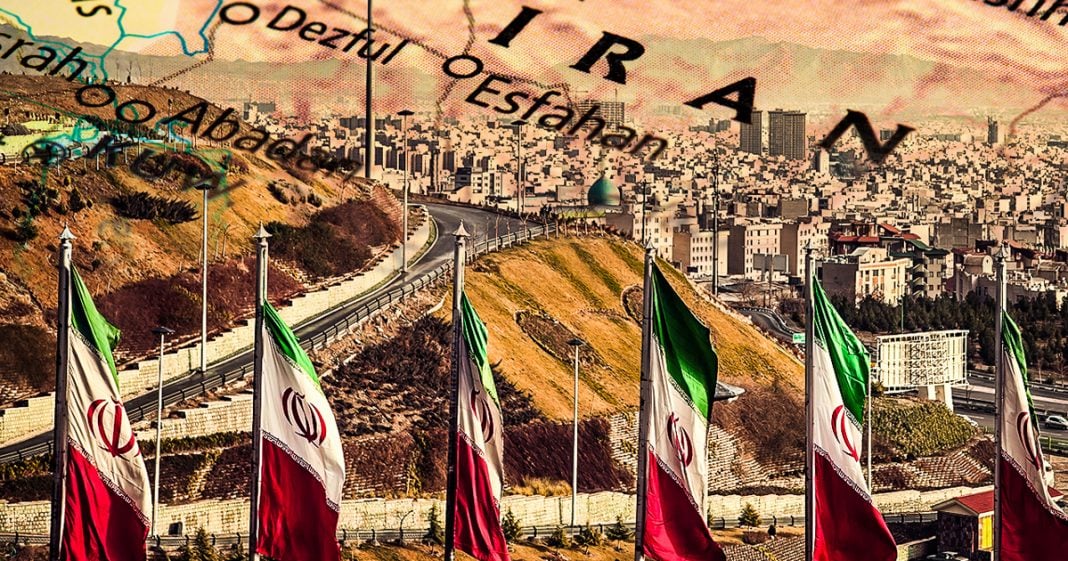 Donald Trump promised to strike “cultural sites” in Iran if the country retaliates against the U.S., a move that is actually forbidden by The Hague Convention of 1954. If the President carries out these strikes, he would absolutely be guilty of war crimes, and it would also likely lead to a worldwide backlash against the United States. Ring of Fire’s Farron Cousins discusses this.

On Saturday, Donald Trump suggested that we may actually commit war crimes in Iran if Iran decides to retaliate against the United States after we assassinated their general Qassem Suleimani. Donald Trump tweeted out the following, he said, let this serve as a warning that if Iran strikes any Americans or American assets, we have targeted 52 Iranian sites representing the 52 American hostages taken by Iran many years ago. Some at a very high level and important to Iran and the Iranian culture and those targets and Iran itself will be hit very fast and very hard. The USA wants no more threats. Well, what Trump just did there is, is actually a threat. It’s a threat to commit war crimes in Iran. Targeting cultural sites in any country is a war crime and there’s several different statutes that say that. First and foremost, you have the Hague convention of 1954, that the United States is a part of, that explicitly says you can’t hit cultural and historic sites.

You also have United Nations resolution 2347 which condemns the unlawful destruction of cultural heritage, including the destruction of religious sites and artifacts and the looting and smuggling of cultural property from archeological sites, museums, libraries, archives and other sites notably by terrorist groups. It’s also a violation of protocol one of the Geneva Conventions, which prohibits you to commit any acts of hostility directed against the historic monuments, works of art, or places of worship, which constitute the cultural or spiritual heritage of peoples, to use such objects in support of the military effort and to make such objects the object of reprisals. So it’s very clearly spelled out in multiple different conventions, resolutions, you know, things the United States is part of. Things that emerged after World War II when we saw the mass destruction of historical and cultural sites, mainly over in Europe. We saw the looting of museums. We saw the destruction of places of worship and the world got together after that and said, you know what?

We lost parts of our history, parts of our culture that can never, never be gotten back. Let’s make that a war crime. But Donald Trump doesn’t care. Donald Trump doesn’t care about any of that. And he wants the world to know it because after he tweeted this on Saturday, he doubled down on it again later after the huge public backlash emerged. Here’s the thing, you have Boris Johnson right now over in the UK. Good friend of Donald Trump, loves the guy. They love each other. He came out yesterday evening and also said, yeah, you can’t do that because that is a war crime and Trump didn’t care. Trump reiterated his threat to attack these cultural sites in Iran. At this point, it’s not even necessarily a matter of will Iran respond? Are they going to retaliate? It’s a question of when. They announced yesterday, they’re pulling out of the nuclear agreement.

They are no longer going to be a part of that. The US had pulled out over a year ago. So of course Iran pulling out of it doesn’t mean a whole hell of a lot right now, but there actually were other countries that were involved in that and Iran up to this point had been complying with it. But because the United States, who we were the architect of this agreement, we pull out of it, we attack them. We basically left them with no choice at this point. And that’s not me siding with Iran over the United States, that’s common sense. We are the aggressors here. We are the bullies here. We are the people not upholding our part of the bargain, and it is 100% Donald Trump doing this. And now ladies and gentlemen, he’s also threatening to commit war crimes if he’s not stopped immediately.