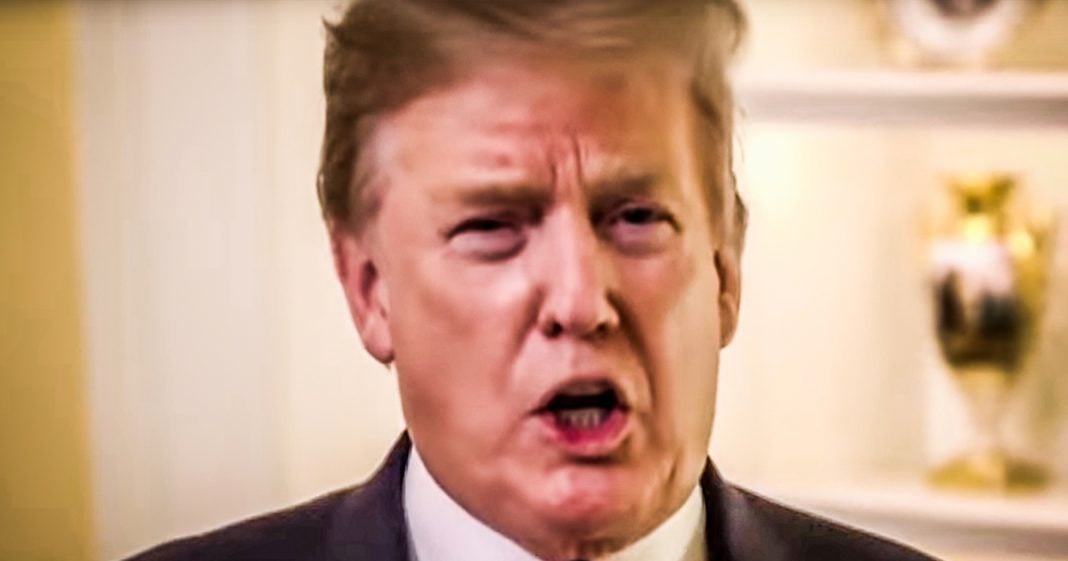 According to reports, Donald Trump had been boasting to his wealthy friends at Mar-a-Lago about a potential strike on Iran before the strike happened and long before members of Congress were aware. Eric Trump also tweeted out an ominous warning about something “big” about to happen, meaning he likely was in the loop, as well. Trump is drunk with power right now, and Congress must do everything in their power to stop him. Ring of Fire’s Farron Cousins discusses this.

By now, I’m sure we all know that Congress was left in the dark about Donald Trump’s attack on Iran last week and it came as much to of about as much of a surprise to them as it did to everybody else in the world. Except of course for a few people who happen to be members of Donald Trump’s Mar-a-Lago. According to a report released late last week, members of Mar-a-Lago already knew that something big was going to happen because Donald Trump had been talking about it to members of Mar-a-Lago for days before the actual attack happened. According to this report and people who were there at Mar-a-Lago, the actual Mar-a-Lago members, Donald Trump was roaming the halls promising these wealthy elite that something big was going to happen and that they would soon be reading about it in the newspapers or watching the footage on TV. In addition to that, his son Eric Trump, not long before the actual attack took place, tweeted out an ominous tweet warning that something big was about to happen.

So the president did not go through the appropriate channels, the usual channels. He did not convene a gang of eight, which is typical for presidents whenever they want to launch some kind of attack like this. They’re not required to fully brief Congress, but they do typically in the past, bring in members of a congressional delegation, talk to them about the problem, explain what’s happening, get their advice, or at the very least, just tell them, this is what we are about to do. Trump didn’t do that, and again, totally not required to do that, but instead he did it with his kid, his idiot son, Eric, and the people who pay hundreds of thousands of dollars per year for the privilege of going to Mar-a-Lago. They knew about it, but Congress was left in the dark. There’s also reports that he had told Israel what was about to happen, but not Congress.

No, not the people who actually have the power to declare war in the United States. No, no, no, no, no, no. They don’t need to know about it, but I’m going to tell these wealthy people, I see, I pass in the hallway what I’m about to do to expect something big, to expect some kind of retaliation against the embassy attack that Iran launched. This isn’t how this works, right? We have seen reports over the years about Donald Trump meeting with people at Mar-a-Lago and basically just spilling all sorts of secrets, telling them about things that they ought not know about. Asking their input on how he should run the government and all the while excluding the members of Congress, excluding the people who honestly know what they’re doing and just asking his fellow rich people, hey, if you were in my position, what would you do here? Because I really have no idea.

And that’s what it all boils down to. You know, the reports have been coming out nonstop for the last couple of days. We know now that Donald Trump was presented with several different options on how to hit back against Iran and they only included assassinating Qassem Suleimani because it was so extreme that they thought all of the other responses would look tamer in comparison. They didn’t expect for a minute that the unhinged president would choose the extreme option, which shows that they haven’t been paying attention to this man because yes, if there is an extreme option, Donald Trump is always going to take it. And then he spent the next couple of days after that, walking the halls at Mar-a-Lago when anybody asked him about Iran, he responded with, stay tuned. Something big is about to happen.