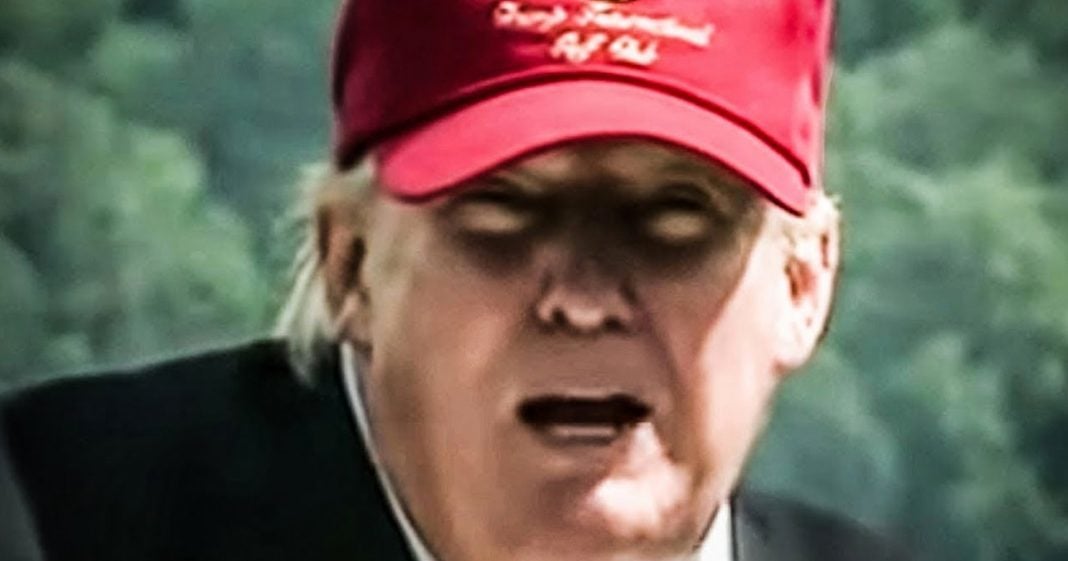 Republicans were up in arms over the fact that Barack Obama liked to play golf, often accusing him of golfing more than he worked. Well after just three years in office, Donald Trump has now spent more on his golf outings than Obama spent in 8 years, with Trump spending $115 million in our tax dollars to play golf. Where is the Republican outrage now? Ring of Fire’s Farron Cousins discusses this.

*This transcript was generated by a third-party transcription software company, so please excuse any typos.
According to a new analysis of the numbers, Donald Trump has now spent $118 million of taxpayer money playing golf. The reason this number is important is because he spent $118 million of our tax dollars in three years and compare that to Obama, who in eight years spent $114 million on his golf outings and family vacations combined. $114 million spent by Obama, most of which, by the way, was actually repaid by the DNC. So the real number is just a few million, but even if they hadn’t, let’s say it’s $114 million, still less in eight years on all of his family travel than what Donald Trump has spent in golfing in just three years. And here’s the thing, Republicans, especially those morons over at Fox News throughout the entire Obama administration made a big deal every time this guy went and played a round of golf, made a big deal every time this guy took his family to Hawaii, where they’re from, where he’s from, where he was born for, for the Christmas holiday. Oh my God. All the guy does is vacation. That’s all we heard. He’s always on vacation. He’s always out golfing, always out having fun and just, you know, not paying attention to the problems of this country. Fox news told us that constantly. So I ask you this, If anybody’s a regular viewer for Fox News, when was the last time you saw them do a segment on how frequently Donald Trump golfs, how frequently he visits his own property? He has spent one fifth of his presidency at his own, Trump owned properties, 251 games of golf rounds of golf I guess, at his own properties. So most of that $118 million that he spent of our tax dollars has gone right back into his own pocket because out of the 250 plus games of golf he has played, only a handful, fewer than five of them have been at golf courses that he didn’t own. So not only is he wasting our tax dollars at a time where we’re running a nearly $1 trillion federal budget deficit on golf, but he’s spending it at his own properties so he gets that money. This is essentially just laundering tax dollars while he has a bit of fun, because the secret service has spent hundreds of thousands of dollars renting golf carts from Donald Trump’s properties, hundreds of thousands of dollars on food at Trump’s properties and rooms at Trump’s properties to protect him. This has to stop. If it wasn’t okay for Republicans when Obama did it, then it can’t be okay for them when Trump does it. We have to put some kind of rule in place that somehow reigns in this kind of presidential spinning. This is obscene, but more importantly, it shows that Donald Trump was never actually serious about wanting to be president. The guy just wants to relax and have fun. He just wants to golf all day and hang out around his own resorts all day, and if that’s what he truly wants, then we voters can absolutely deliver that for him. This coming November.