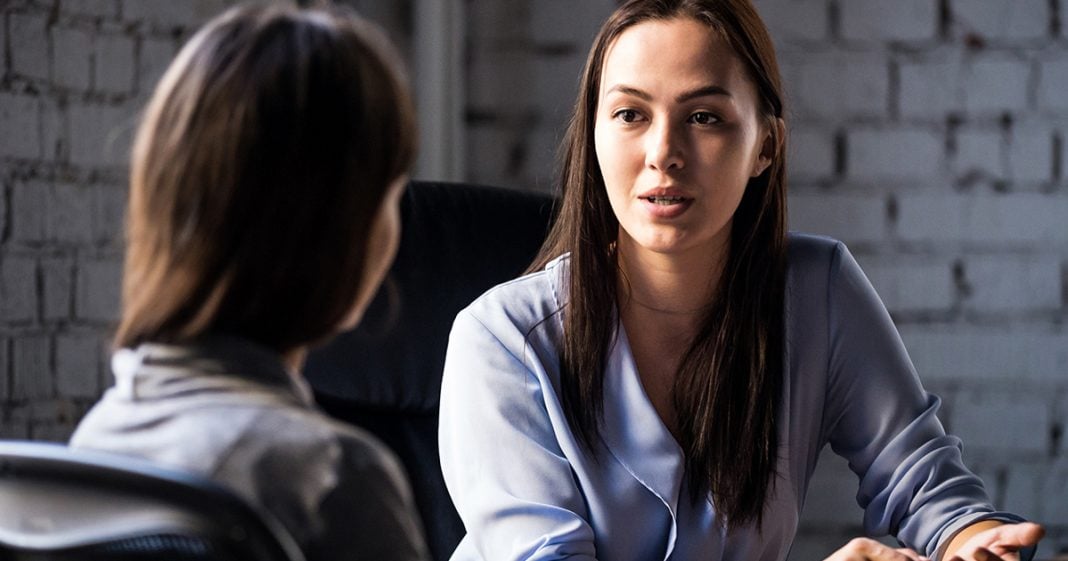 Donald Trump swore that he was going to bring American jobs back to this country, but he’s done absolutely nothing to make that a reality. Instead, corporations are still shipping jobs overseas, and to add insult to injury, many of these companies are forcing their American workers to train their foreign replacements. Ring of Fire’s Farron Cousins explains what’s happening.

*This transcript was generated by a third-party transcription software company, so please excuse any typos.
In what amounts to the corporate equivalent of forcing employees to essentially dig their own grave. A new report from Axios says that corporations led by AT&T are actually forcing their American workers to train their foreign replacements before their job is outsourced. And to add a little bit of insult to injury here for these workers who are having to train their own foreign replacements, they’re not getting any severance. They’re not getting any kind of, you know, pay for a bonus of, you know, sorry this is ending, but here’s a little bit. They get nothing. They get nothing. They get nothing, but they’re being forced to train their own foreign replacement before this company AT&T, who by the way received $3 billion in tax cuts in 2019. Forced to train their own replacements before these jobs gets shipped overseas. And AT&T is not alone. Just that AT&T happens to be one of the worst ones. They’re about to ship 3000 jobs out of this country, 3000, and those 3000 American workers are getting nothing. They’re not sure if they’re going to be able to find new jobs. They don’t know how they’re going to make ends meet, especially considering that their pay is just going to dry up without any kind of severance package, even though they were guaranteed a severance package by the company. But now the company just says, no, we’re not going to do it. So they could tie that up in the court system, spend money they don’t have on lawyers, and then maybe two or three years from now get that severance package. But for these workers, they don’t have that kind of time. It’s a luxury they just don’t have. And so they have to sit there at their desk, sometimes on the phone, sometimes in person with whoever it is taking their job and teach them how to do it. IBM is doing the same thing. Tech Mahindra, Accenture, companies all over this country, all of whom by the way, received massive corporate tax breaks thanks to the Republicans, the same Republicans who promised that these corporate tax breaks were going to lead to job increases in this country and bonuses for workers and pay raises for workers and investment into their own company. Well guess what? None of that materialized. It didn’t. And instead corporate investment has shrunk the last two quarters of 2019 because corporations, no matter how much money you give them in tax breaks, it’s never enough. If they can save money in any way possible, they’re going to do it. Even if it means selling out American workers and forcing them to train their foreign replacements. And for some of the companies who aren’t straight up shipping their jobs to other countries, they’re lobbying the government right now to increase the H1B highly skilled worker visa program so that they can bring in immigrants who have a higher set of skills and use them to replace their American workers because they’ll still work for less than their American workers will. Because again, for corporations, it doesn’t matter how much money they have on hand, it doesn’t matter how much money you give them in tax breaks, they’re going to want more. They are greedy little pigs at the trough and it will never be enough for them. Even if their tax rate was zero, which, Oh, by the way, 91 of the fortune 500 companies paid $0 in taxes last year. So yeah, even zero isn’t good enough for these companies. We need tighter regulations. We need the federal government breathing down the necks of these corporations telling them your not shipping these jobs overseas, you want to be an American corporation then by God be American. And if you ship those jobs overseas, you’re renouncing your American citizenship, mr company, which means you can no longer donate money to political campaigns. You no longer are protected by the laws of the United States. We’re going to put you through the ringer if this is how you’re going to treat your employees. But it would take a real, real strong person in the white house in order to do that. And right now, I think there’s only two people running for president who would have the courage and the guts to stand up to these greedy corporations. The rest of them will sit there smiling as they continue to ship American jobs overseas.