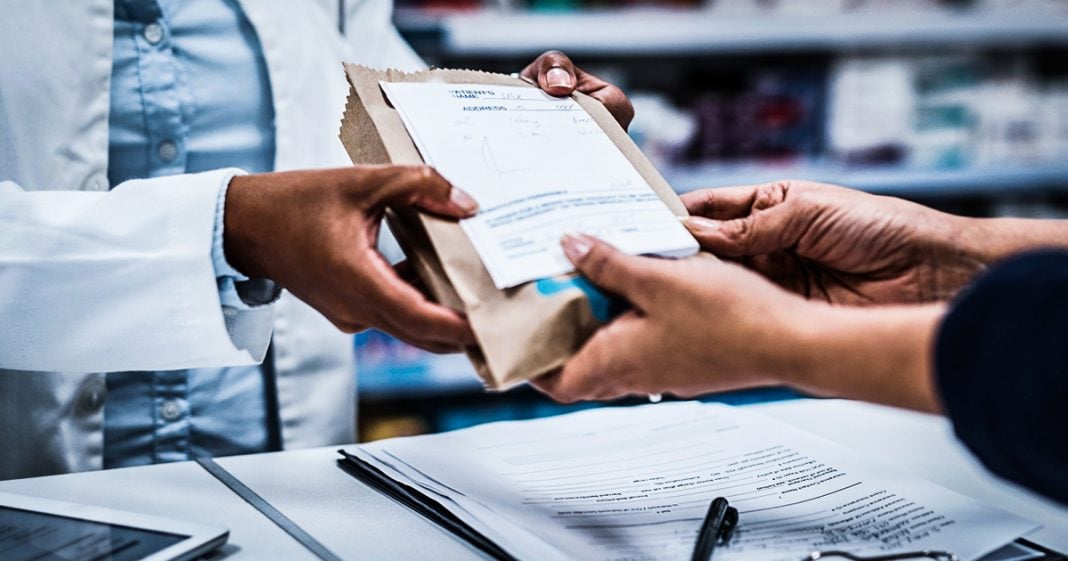 To kick off the New Year, Big Pharma decided to arbitrarily raise prices for American consumers on more than 200 different prescription drugs. They clearly don’t see the writing on the wall, either that or they simply don’t care that we can’t afford their products as they are. Either way, this has to stop, and Medicare for All is our best shot. Ring of Fire’s Farron Cousins discusses this.

On New Year’s Day when most people in this country who were either nursing a hangover, making their resolutions, going and purchasing that gym membership, because this is going to be the year they get in shape. Do you know what the drug companies were doing? They were raising prices on more than 200 different prescription drugs here in the United States for no other reason than, they can.

Here is what has happened. Pfizer on Wednesday of this week raised the prices of more than 50 of their drugs, including a cancer treatment called IBRANCE, IBRANCE, however you say it, which they’re projecting is going to make $5 billion this year. So a vital life saving cancer treatment that already is projected to make $5 billion this year on the, in the United States alone, they’re just going to raise the price on it because we can. GlaxoSmithKline, according to an article here in Reuters, GlaxoSmithKline said it will raise prices on more than 30 drugs. The company will raise prices on the blockbuster respiratory treatments it delivers through its Ellipta inhaler. Now, I have said repeatedly here folks that I have an inhaler that I can’t afford. I’ve been without it now for three months. Do you know what inhaler that is? That is the Arnuity Ellipta inhaler made by GlaxoSmithKline. Now I already couldn’t afford it and here they announced we’re raising the prices. So guess what that means for me, the thing I already couldn’t afford, probably never going to be able to afford it again.

So that’s just wonderful for people like me who are dependent upon that inhaler. It is a steroid inhaler. I’m supposed to take it every morning and that’s just me personally. And those two companies alone are responsible for 80 of the drugs that saw their prices increase on Wednesday. Sanofi is raising the prices on at least 10 of their drugs. Teva pharmaceuticals is raising the prices on a little more than 15 of their drugs and multiple other companies, including the ones I’ve already named, have already announced, this is just the first round of price increases. They’re going to do it again as the year goes on. And the reason for that is because they want to see which drugs are doing well. You know which one’s the real blockbuster because whichever one is selling the most, that’s the one we’re going to raise the prices on.

I have developed a severe cough that I can’t seem to get rid of ever since I came off that inhaler. I would love to be able to get rid of that cough. I would love to be able to not have a sore and scratchy throat because I’m coughing all of the time and I’m sure you can hear it and the difference in my voice, today. But that’s what happens when I don’t have that inhaler and there’s millions more out there, just like me. Different problems, same scenario. We can’t afford that medication and we suffer every day because of it and some do a whole lot worse than just suffering. Some people die every day because of it. The only way to put an end to this greed is Medicare For All because we can’t support a candidate that says, no, we let the free market do. This is what the free market has done. The free market is what gave us these price increases because pharmaceutical companies know that right now they can do whatever the hell they want and there’s nothing we can do about it. But if we elect a nominee and then a president who supports Medicare For All and wants to come in there and bust up this system, then suddenly big pharma’s profit party comes to an abrupt and timely end. Anything short of that perpetuates this cycle of death.