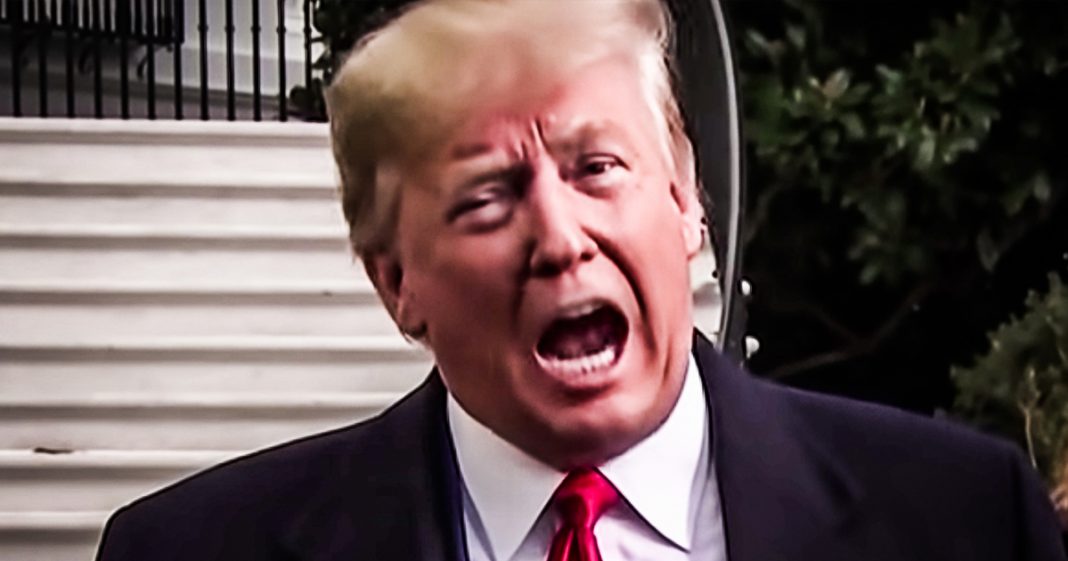 There is little doubt left that Republicans are going to rig the Senate impeachment trial to quickly acquit Donald Trump of any wrongdoing, but polling data shows that this could end up being a huge miscalculation by the Republicans. If the public understands that the trial is a sham, it could swing just enough voters to guarantee a Democratic sweep in the 2020 elections. Ring of Fire’s Farron Cousins explains the possible scenarios.

Now I have read analyses about what may or may not happen in a Senate impeachment trial till I just can’t read anymore. Every other day we’re getting somebody else coming out and saying, man, the Senate trial is going to be a slam dunk for Donald Trump. It’s going to help him tremendously. The next day, somebody says, nope, the sham Senate trial is going to backfire on Donald Trump, and the truth is probably somewhere in the middle. Now, either of those scenarios are possible and the way things look right this second, which could change tomorrow, is that it’s going to backfire on Donald Trump.

Tomorrow, the story may be different, but right now, sure it looks like it’s going to be really bad for Donald Trump if the Republicans try to rig it in the way that they say they will. Now, before I get into that possible scenario, let’s talk about one thing real quick. We have reports out there of some Republicans in the Senate kind of showing a little bit of reluctance to go along with Mitch McConnell’s plan, right? Susan Collins, Lisa Murkowski, James Lankford from Louisiana, they have all expressed concern. They have all said, I’m not comfortable with what the president did. Mitt Romney’s also in there too. They’re not so sure they agree with McConnell’s approach. Maybe we should call some witnesses. Maybe this shouldn’t be such a sham, but at the end of the day, all of these people are going to do exactly what Mitch McConnell or Donald Trump tells them to do, just like they do every single time. They are not going to vote against the president. They are not going to stand up to Mitch McConnell. So, can we stop with all the headlines saying, oh, another Republican may be on the fence. Nobody’s on the damn fence. They made up their minds. They’re in very tough reelections, some of these folks, and so they have to come out and act like they’re not so happy with this, so voters just know that I’m, I’m with you. I don’t know about these guys, but what am I going to do? That’s what this is about.

And it annoys me to no end. You have these lazy ass writers out there who don’t understand that they’re being played by Susan Collins and Lisa Murkowski. So that aside, could it backfire for Donald Trump? Heck yeah it could, right now it is backfiring for Donald Trump. We see the daily tracking polls. 55% of people in this country say, impeach him and get him out of office, highest it’s ever been. And if we continue with this sham of an impeachment trial, if it goes forward, because right now, again, Pelosi’s holding the articles, has not sent them over to the Senate because she doesn’t want to do it until McConnell agrees to have a free and open trial, which he’s not going to do.

So the public sees this, the public knows that Mitch McConnell right now is not an honest actor. If the Democrats keep hammering that point, if they remind the public every day that McConnell only wants to acquit the president and has no interest in real justice, then it’s going to backfire on Trump. You might be able to sway just enough people in this country to cost Donald Trump reelection in 2020. If the Democrats go the other route, if they think that we can just sit back and not have to talk about this and the public will remember it, nope, the public will forget about it. They’ll forget about it once the Iowa caucus starts because suddenly there’s going to be another big news story of the day and they’ll lose interest in the impeachment thing. If they lose interest, Trump wins. Then Pelosi can send her articles over there.

Mitch McConnell can hold an immediate vote, acquit the president, and then it’s over with and he sails to reelection. The Democrats have to play this smart, and to be honest, I don’t think they’ve played it smart so far. It’s not shocking. It’s very predictable actually, but if they play it smart, they can win this and they can bring the public along over to their side. They can get Republicans out of the Senate in 2020, but only if the Democrats are smart about this and they understand that they are in charge of educating the public about what’s happening. If they fall down on that duty, then Republicans have already won.