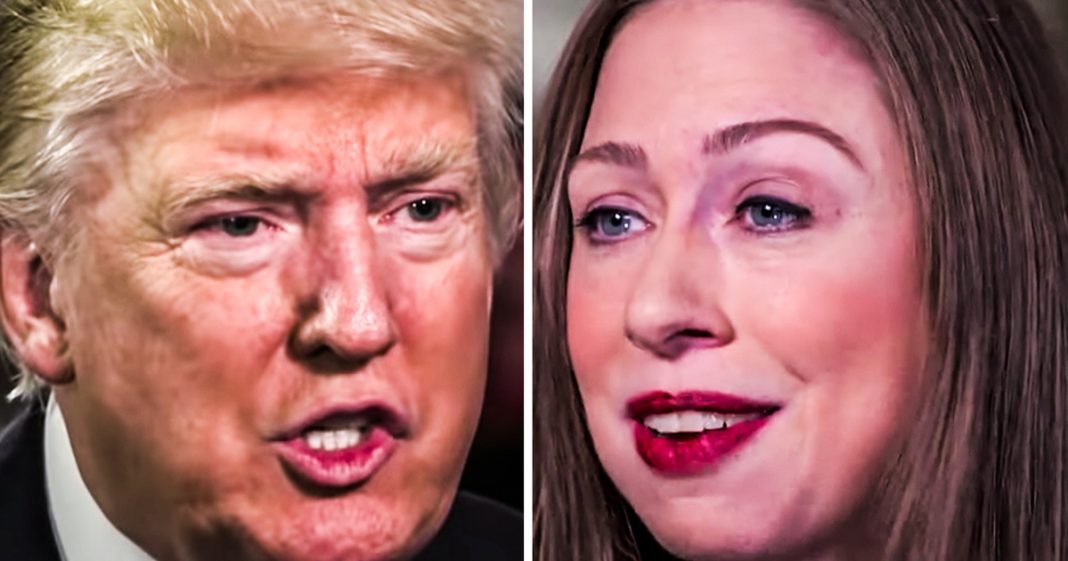 Back in 2017, Donald Trump was under fire for allowing his unqualified daughter Ivanka to take his place at a G20 meeting, and after whining about it on Twitter and claiming that Chelsea Clinton would have been praised for taking her father’s place, Clinton clapped back with a tweet saying she never would have done that. But after an official government Twitter account liked the tweet, Trump went insane and forced the State Department to investigate who pushed that “like” button. Ring of Fire’s Farron Cousins explains what happened.

I know time has passed pretty quickly throughout this entire Trump administration as we have moved from one scandal and outrage to another at a record pace. But back in July, 2017 Donald Trump, while attending a G20 summit decided he didn’t want to sit at the table anymore. So instead he sent his daughter Ivanka to fill in for him, even though she had no foreign policy experience, no political experience whatsoever, he thought it was a good idea to send Ivanka into that meeting with other world leaders. Now, this drew immediate backlash, not just here in the United States, but other world leaders in their countries were confused as to why Ivanka was there. So after receiving criticism for this Trump at the time, tweeted out the following, he said, if Chelsea Clinton were asked to hold the seat for her mother as her mother gave our country away, the fake news would say, Chelsea for president, to which Chelsea Clinton replied on Twitter again in 2017.

Good morning, Mr. president, it would never have occurred to my mother or my father to ask me, were you giving our country away? Hoping not. Now, that tweet from Chelsea Clinton got roughly half a million likes, but there was one like on that tweet that apparently sent Donald Trump and the entire Trump administration into a blind rage and actually launched an investigation because that like came from the US mission to the European union. And as a result of that official government Twitter account liking that tweet, Donald Trump and the state department launched an investigation to find out who liked the tweet from that account. They interviewed no fewer than 10 people working at this embassy over in the European union to find out which one of them was the tweet liker. They interviewed them. They sat them down, pulled them into a room and said, did you like this tweet? And if you did, did you do it on purpose? Maybe it was an accident. Come on, tell us the truth. I guess there was a little bit of good cop, bad cop probably playing out in there as they tried to find out who liked a tweet.

But that’s what happens with president snowflake. That’s what happens with Mr. thin skin. He was so angry that somebody working in the federal government had the audacity to like Chelsea Clinton calling out Donald Trump. As a result of this, which this, again, this all happened back in 2017 but it’s just now coming to light in early 2020. But anyway, as a result of this, they, the state department officially changed the Twitter rules for these government groups, the, the ambassadors and everybody working overseas. So now instead of a group of people, I think about a dozen or more who had access to that Twitter account, now they’ve limited it to just two. So now they know, they know which person has access to that Twitter account because God forbid if they ever like another tweet from a Democrat, this state department and Donald Trump himself will know exactly who that guilty party is so they can punish them accordingly.