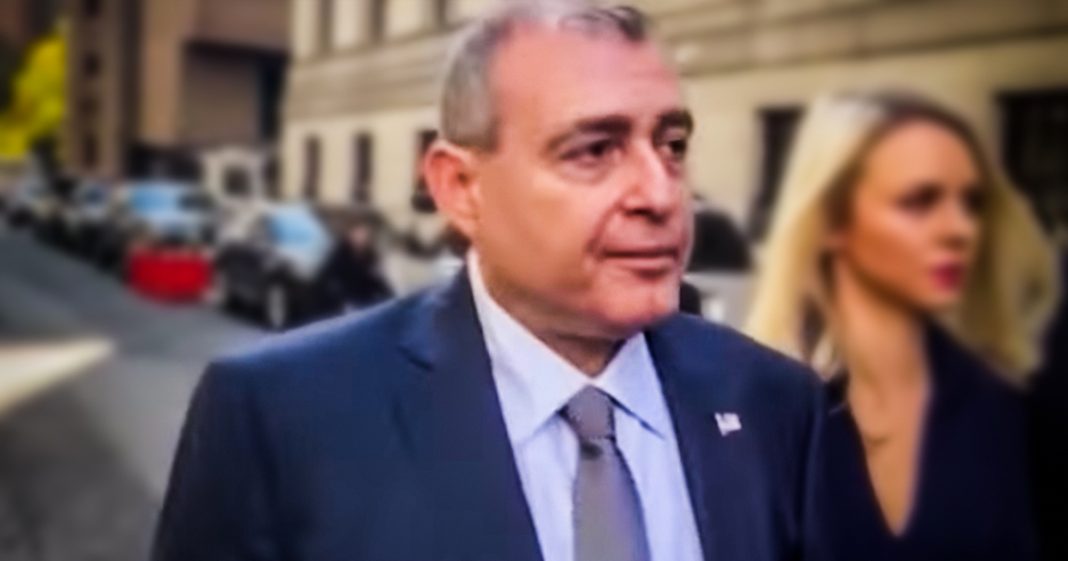 Rudy Giuliani’s indicted friend Lev Parnas has asked a judge to let him turn over materials to House Democrats. Parnas believes that these materials are crucial to the impeachment, and he wants the judge to give him clearance to tell his story, even if it is just through the documents. Democrats need to call a special hearing to have Mr. Parnas testify, if for nothing else than to get his testimony on the Congressional record. Ring of Fire’s Farron Cousins discusses this.

Rudy Giuliani’s indicted buddy Lev Parnas was arguing with a judge earlier this week, but not in the sense that he was actually arguing with a judge. He, through his lawyer, was making an argument to the judge to get the judge to approve the release of Parnas’ materials, including his cell phone, to house Democrats investigating Donald Trump. This happened on Monday of this week. Well after, two weeks after Donald Trump had already been impeached. But Lev Parnas, long before that impeachment vote took place, has been arguing and trying to get courts to approve the release of his materials because they believe that it could be beneficial to the Democrats who were investigating Donald Trump. But unfortunately for mr Parnas and unfortunately for America, that impeachment vote already happened. So sure if this judge approves the release of this material, which could have been vital to the impeachment process.

Sure, I guess the Democrats could call mr Parnas in to testify, which they need to do, which they should have already done before his dude goes to jail. But here’s the problem with all of this, Lev Parnas ever since he was arrested, made it clear through his lawyer that he wants to cooperate. He has documents, he has audio files, he has video tapes. Now he’s offering his cell phone and other documents. I want to give these things to you because it’s going to help you with your impeachment inquiry. This has all of the information about what Donald Trump and Rudy Giuliani were doing in Ukraine. Democrats took some of it, granted they did. They took a little bit of it, but they don’t have all of it. They don’t have all of the evidence, and yet they moved forward with the impeachment anyway, and sure it passed the House. Fantastic, Donald Trump is impeached, but you left out vital information. New stories are still emerging daily about the crimes that the president committed.

And you already shot your shot. It’s gone. It happened. It’s over. You can’t take that back. You can’t redo it. You can’t add more stuff on to it. It’s done. And that by far was the dumbest things that Democrats have done in the last 12 months. It was not time to vote on those articles of impeachment. And I know they were antsy. They were itching to get home for the holiday break, go on their little recess, have fun with their families, go skiing, do whatever the heck it is they do. But you screwed the pooch on this. And the biggest way you did that was by not having mr Parnas come and testify. Come and talk about the evidence that he’s given you, the evidence that he has obtained, the records that he kept, because that’s what people who are involved in criminal organizations do. They keep records because when they get busted, they can turn on other people, handover all that evidence and get a reduced sentence, which is what mr Parnas is trying to do in this situation.

But the Democrats didn’t listen. Even the federal government has already approved the release of the materials that mr Parnas is trying to give to the house Democrats. It’s now up to this judge that he was arguing in front of on Monday. So if this judge says yes, then great, House Democrats on the intelligence committee, Adam Schiff, he gets all these documents and the cell phones and everything else. And what’s he going to do with them? Impeachment already happened. So what’s the point? Unless Schiff or any of the other committees in the House are planning on calling mr Parnas to testify, to at the very least, get this in the congressional record, than all of mr Parnas’ cooperation and his fighting to give us more evidence is for nothing.