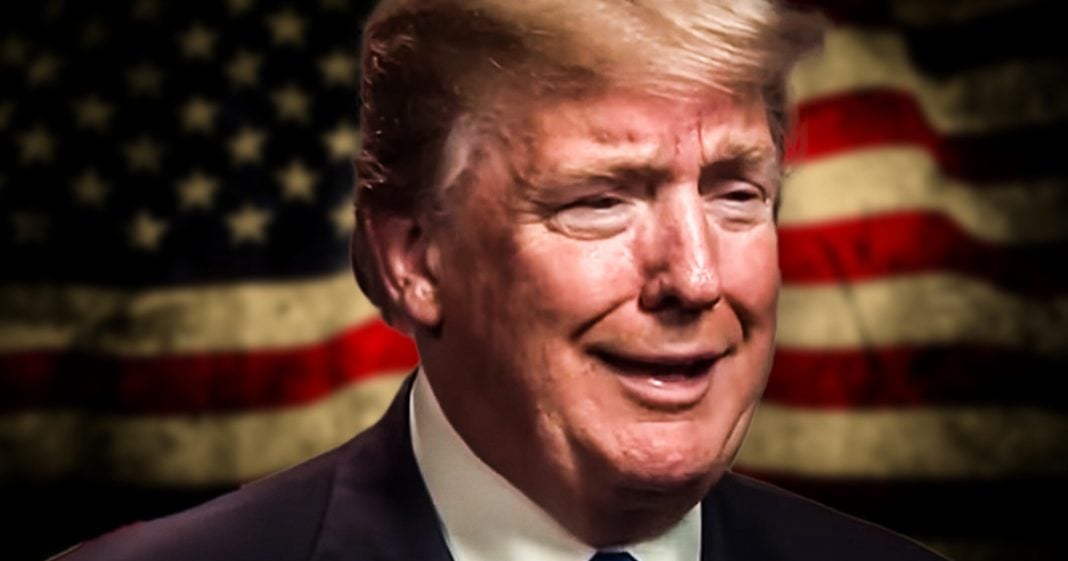 The only thing that Donald Trump has going for him in 2020 is that the economy “appears” to be doing well. The corporate media is helping to push the narrative of a robust economy, but the truth is that the economy is only working for those at the top. But as long as the media keeps saying things are great, people will believe it and they will give Trump credit for it. Ring of Fire’s Farron Cousins discusses this.

*This transcript was generated by a third-party transcription software company, so please excuse any typos.
Recently, salon.com published an article by Bob Henley titled bad reporting on the economy is allowing Trump to make things even worse. It’s a phenomenal article. It is 100% accurate, but I would go just a little bit further than what Mr Henley wrote here. I don’t think it’s just allowing Donald Trump to make things worse for the economy. I think the corporate media right now with their reporting on the economy is actually helping Donald Trump win reelection in 2020 now before I get into that, let’s go ahead and rewrite- Rewind back to 2016 we all know that the corporate media gave Donald Trump more than $1 billion worth of free air time. The air at his rallies uninterrupted, the air to speeches, how Fox News was letting him call in on the telephone and just do interviews. Whereas the other candidates would have to be there in person or that’s a no go, $1 billion in free air time. They boosted this guy more than they boosted anybody else. And now four years later, they’re doing the exact same thing. And this is what Mr Henley is talking about here. He’s talking about the fact that yeah, on paper the economy looks like it’s kicking ass. Low unemployment rate, stock market surging, job growth each and every single month. But that doesn’t even tell half the story. The real story as we have pointed out as Mr Henley points out here, is what’s happening with the average American citizen. They’re no better off than they were four years ago. They didn’t get anything from the Republican tax cut package from two years ago. Their bosses haven’t just given them raises because they got tax breaks and the workers didn’t. They’re struggling. They’re struggling under one and a half trillion dollars in student loan debt. They’re struggling in medical bills that they can’t afford. They wouldn’t be able to afford 80% of the country a $400 emergency, but those aren’t the stories that the media is telling. Instead, they’re out there telling us the stock market is awesome. Record breaking for the last couple of days. Right, yeah. Dips down every now and then. But Hey, if you own stocks and if you own enough stocks really to make it worthwhile, then you’re probably doing great. Well guess what, folks? Half the country has $0 invested in the stock market. Zero, not a single penny. So that news does nothing for us. It doesn’t matter. The majority of working class Americans who do have money in the stock market have no control over whatsoever. It’s mostly employer sponsored pension funds that we just have to hope are doing well. We get statements every three or four months, and that’s about the extent of our involvement with that. And that’s also money that we can’t touch for another 35 years. So God only knows what will happen to the stock market then. But for the people who, that’s their thing, you know, stock trading and all that, yeah, they’re making tons of money, but they were never the people who were struggling to pay their medical bills or the people who couldn’t afford a $400 emergency. The real story of the economy is taking place on, on main street, USA. You know, let’s use that term. It’s taking place out there in middle America, fly over country. And things aren’t so great, but the media isn’t telling that story. And by not telling that story, they’re helping Donald Trump win reelection. If they were to actually go out there and not just talk to hardcore maga hat wearers sitting in a diner out in Iowa, if they were to actually just talk to regular average work-a-day folk, go talk to the mechanic down at your local pep boys. Ask how they’re doing. Go talk to the AT&T call center employees. Ask them how much their paycheck has increased since Donald Trump took office or since the tax cut was enacted. Talk to those people and then report on how good the economy is doing. Cause I guarantee you it’s going to give you a much different picture than what the stock market is giving people.