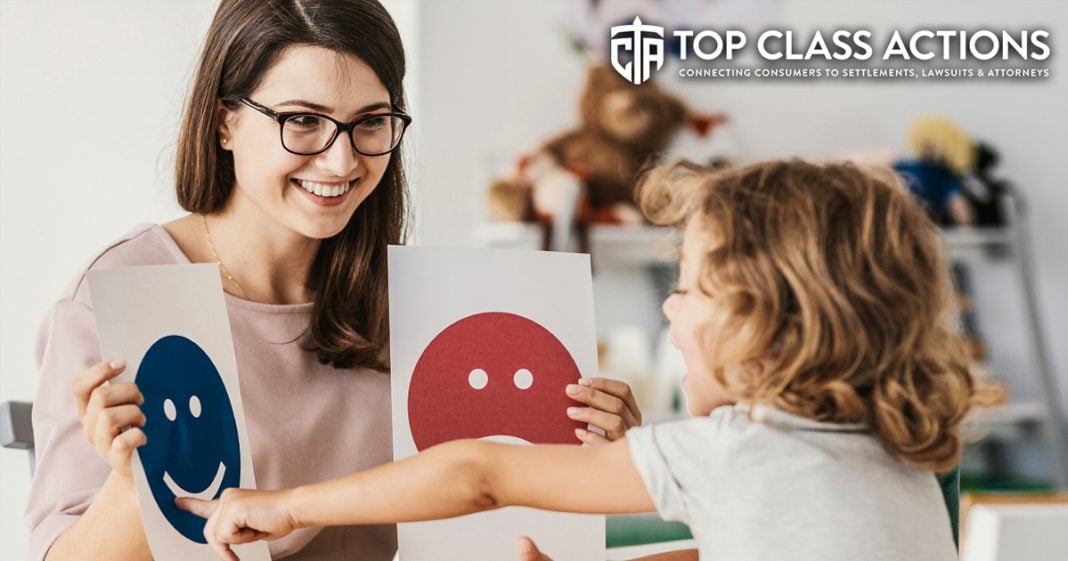 A recent UnitedHealth class action lawsuit claims that the health insurance company’s subsidiary refuses to pay for autism treatment. The mother of a 13-year-old claims that United Behavioral Health, a subsidiary of UnitedHealth Group, wrongfully refused to pay for her child’s autism treatment. The healthcare insurance company allegedly enforces bans on applied behavior analysis – a form of autism treatment that helps patients build social skills and other applicable skills. This ban reportedly results in the company failing to provide payments under certain employee benefit plans. Ring of Fire’s Farron Cousins discusses this with Scott Hardy, President of Top Class Actions.

Farron Cousins:                  As we have stated many times here on Ring of Fire, insurance companies don’t make money by paying out every single claim or covering every single service that they see consumers using. In fact, they make their money by denying these claims and unfortunately we’re seeing that happen more and more frequently here in the United States. And that’s one of the main reasons we’re having such an intense debate right now about the future of healthcare in this country. But unfortunately, according to a new class action lawsuit that’s been filed against UnitedHealth and their subsidiary United Behavioral Health, they’re actually denying claims for the parents of children who have autism.

Joining me now to talk about this is Scott Hardy, the president of Top Class Actions, and Scott, this is really interesting. You know, we, we have these discussions going on in this country today about what should be covered, what shouldn’t be covered. Should we go universal healthcare? Should we just have a public option? Is mental health going to be covered? And that’s the one that people have to understand. Mental health is health. And unfortunately, some of these health insurance companies like UnitedHealth, even though they offer specific coverage for mental health, we’re now finding out that they’re denying it in certain cases for people who have autism. So lay this one out for us a little bit.

Scott Hardy:                          Sure. So, the health insurance company allegedly enforces bans on applied behavior analysis, which is a form of autism treatment that helps patients build social skills and other applicable skills. In this case, we had a 13 year old boy who was recommended applied behavior analysis treatment after he became increasingly aggressive and violent due to his autism. So you had doctors that recommended this treatment. The mother went in there and tried to go the right way talking to United healthcare saying, hey, this is being recommended that, you know, they were insured through her husband’s in, their, her husband’s employer. So, which is the most common way that United healthcare actually insures people. More than 70% of their business is from employers and United Behavioral Health turned it down. And what was really shocking is that United Behavioral Health has actually recognized that applied behavioral therapy is the standard care for autism, but they have a policy that denies it for 70% of their clients.

Farron Cousins:                  So, there’s several things in here that are obviously troubling. First and foremost, this was based on the recommendation of the family’s doctor. The doctor referred them over here. Typically that is what is needed in order to have something covered by insurance or, you know, basically or even to walk through the door at a lot of places. Now you have to have the referral. They had the referral. So that’s one. Two, this is something that the insurance company, as you just mentioned, says yes, this is the standard treatment for this condition. And then three, they cover that treatment for this condition allegedly. And that’s where things get a little murky. Doctor says he needs it, insurance company says this is the way to go.

Insurance company says we cover it and then insurance says, but we’re not going to cover it in this instance, 70% of the time, as you just pointed out. I mean, I, I beat up on insurance companies all the time and I feel like they deserve it. But this just seems dirty to me. I mean, they, they know this is what needs to happen and this is the kind of behavior that you can fix. You can correct if you do it now. If this results in some kind of lengthy, you know, four or five year legal battle, it may be too late to correct those behaviors. And I know because my wife is a, is a teacher for the students like this, the ones who have the conditions that make them more violent and more aggressive and she has to work to correct those at a younger age before they do just become more permanent and it’s harder to correct them.

So this puts these families at a huge disadvantage. This treatment is not cheap when you have to go to an actual doctor to do it versus a school system, like my wife. But you have to fix the behaviors early. You have to put these kids on a better track and it is possible. But this insurance company is saying, no, it’s just not worth it for us.

Scott Hardy:                          Right. And, and this, this class action is alleging that UnitedHealth and United Behavioral Health violate the mental health parity and addiction equity act by denying applied behavioral analysis claims. And so that act requires insurance, insurers and claims administrators to be fair when assessing claims related to mental health and addiction. So under the act they’re required to treat these claims in the same way they evaluate claims for physical problems like injury, illness and disease. And one of the attorneys that’s involved with this case is Dr Meiram Bendat of Psych-Appeal. And Psych-Appeal is the country’s first private mental health insurance law firm started in 2011.

Dr Bendat is actually helping patients and providers successfully challenge denials of mental health treatment through administrative appeals and litigation just like this. And he’s already recovered millions of dollars in wrongly withheld benefits. And so it’s sad that we have to have a doctor become an attorney to fight on behalf of consumers to get these mental health claims paid. But thank God got Dr Meiram Bendat who is actually fighting the good fight here on behalf of patients and providers to get people taken care of.

Farron Cousins:                  You know, it’s amazing you said that because that was the first thing I thought. Well if, it’s like, you know, this is awesome that this doctor is doing this. It’s also very sad that the doctor has to do this, but unfortunately that’s where we’re at right now with healthcare in this country, and that’s why we’re having these huge conversations today that to be honest, probably should have happened about 20 years ago, but hey, at least we’re having them now. For more information about this issue, please follow the link in the description of this video and head on over to Top Class Actions and while you’re there make sure you sign up for their weekly newsletter. Scott Hardy with Top Class Actions, thank you very much for talking with us today.