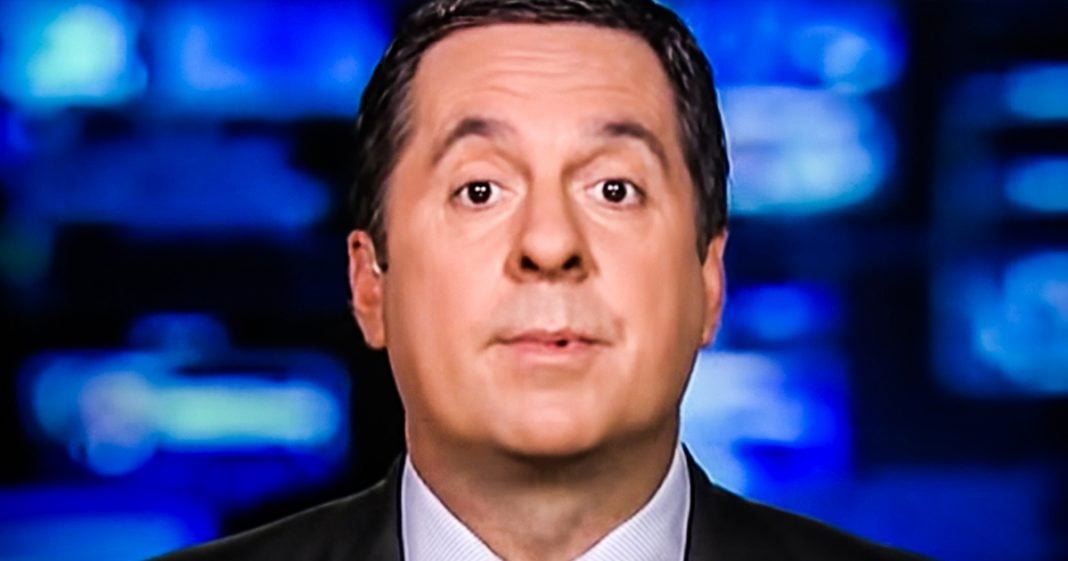 Devin Nunes is apparently so desperate for campaign cash that he has reached out to a woman that he’s actually suing to beg her to donate to his campaign. This isn’t a good look for Nunes, who has been a staunch supporter of Donald Trump, as he is struggling to keep his job. Ring of Fire’s Farron Cousins explains what’s happening.

So everybody knows that Devin Nunes loves to file lawsuits against people and organizations that may or may not be real and groups that he has zero chance of winning a lawsuit against. Two of those groups happen to be anonymous parody accounts on Twitter, Devin Nunes’ cow and Devin Nunes’ mom, who were both sued by the Republican congressmen last year. But Nunes also filed another lawsuit last year against the Sacramento Bee for $400 million after they published a story about Devin Nunes winery and how they had a party that featured cocaine and prostitutes. Nunes wasn’t happy about that, so he sued the paper along with a Republican strategist. She, she was named as part of this $400 million lawsuit, woman by the name of Liz Mair. Well, earlier this week, Ms. Mair received an email from Devin Nunes begging her to donate some money to his struggling reelection campaign. Now, Mair posted this on Twitter because obviously it’s a little weird.

She is being sued along with the Sacramento Bee by Devin Nunes for $400 million and he has the audacity to send this email to her saying, hey, could you give me a few dollars? My campaign is really not doing that well. Turns out people don’t like me very much. Now, here’s the thing, Nunes had allegedly, or apparently I guess bought an email list from Ted Cruz and that’s why Liz Mair email was included on this email blast. This was not Devin Nunes reaching out to her personally. It was just him not checking and verifying the addresses in this particular mailing list that he bought from Ted Cruz. But again, we have to think about the irony here, right? You’re suing this woman who had nothing to do with any of these stories, by the way, for $400 million. Maybe, maybe Devin, you need to hire somebody on your staff who understands how databases work and maybe every now and then just do a quick search through them.

Type in somebody’s name, you know, control F, whatever it is for whatever program you’re using, and make sure that none of the people who are going to openly mock you for sending this email are on that list. That would save you quite a bit of time, buddy, because now this story is starting to appear everywhere. As I mentioned, Liz Mair mocked you on Twitter, posted the email on there for the world to see, and all it did was remind people what a whiny little Republican you really are as you’re suing both the fake Twitter accounts and of course this Republican operative and the Sacramento Bee for $400 million, and you didn’t bother to take just a few seconds to make sure she wasn’t one of the people that you’re begging for money.