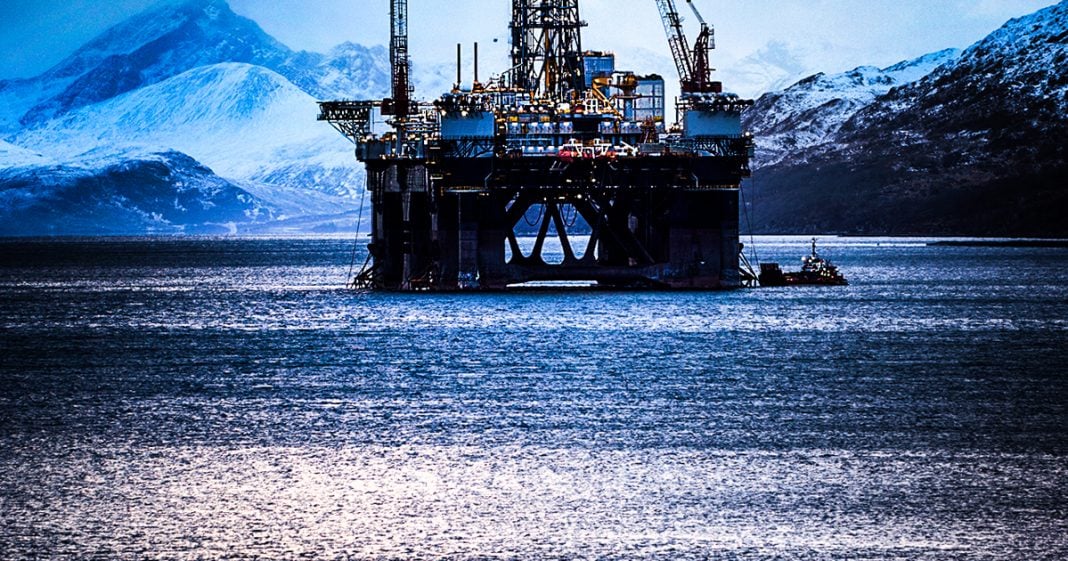 In a little-noticed but incredibly alarming study released earlier this month, the International Union For Conservation of Nature reported that the world’s oceans are losing oxygen at an alarming rate. The main culprit? Climate change. While warming waters aren’t the only problem, they are certainly one of the leading causes of the deoxygenation of our oceans. Ring of Fire’s Farron Cousins discusses the new report.

*This transcript was generated by a third-party transcription software company, so please excuse any typos.
A terrifying new study came out recently from the international union for conservation of nature. It included research from 67 scientists from 17 different countries across the planet, and they found that the world’s oceans are losing oxygen at an alarming rate. Summary here, it found that the oxygen level of the ocean has declined by about 2% since the 1950s and the volume of water completely depleted of oxygen has quadrupled since the 1960s, 60 years ago, only 45 ocean sites suffered from low oxygen levels. That number skyrocketed to 702,011 according to the study, about 50% of oxygen loss in the upper part of the ocean is a result of temperature increase, meaning it is directly related to climate change on this planet. Okay, oceans are losing oxygen. Got it. What does that mean? 2% that’s not a huge number, right? Well, it actually is when you consider how vital oxygen is, every percentage point counts. You know, millions upon millions of years ago when the oxygen level was really not all that different than it is today. It was higher but not so much higher that it would be astonishing. You had insects the size of coffee tables because there was so much oxygen being just a few percentage points higher than it is today. Take that away as we have in society now and insects, stay about that big. Take a couple of points off that in suddenly life as we know, it becomes a little more complicated and that’s actually what is happening in the oceans right now from just a few percentage points dropping and they’re predicting according to this study, by the year 2100, we’re going to see roughly 4% oxygen loss. And we’re already seeing the effects of it today according to this study, because you have larger ocean animals, you have sharks, uh, tuna, salmon, you know, the, the big ocean, uh, fish and predators who are having to concentrate themselves in the upper level of the oceans because that’s where oxygen concentration is greatest. And by doing that, they open themselves up for over fishing. So their socioeconomic impacts of this. There’s obviously wildlife effects of this. Another part of the problem, not just climate change as they point out in this study, is that algae growth in the ocean is becoming ridiculous and that is likely due to runoff from sewage, from fertilizer, things like that, creating these massive dead zones where nothing but algae can survive and the algae eats lots of oxygen and the oxygen is not being replenished. Additionally, the water at the top of the ocean is warmer than what’s on the bottom, so it holds less oxygen. The less oxygen that holds, as it heats up, the less oxygen that can go down to the lower part of the ocean and feed all those deep sea ocean creatures. This is a massive widespread problem, right? This isn’t just, Oh no, we’re losing a little bit of oxygen in the water. Fish are going to struggle to breathe. No, we’re talking about massive economic problems across the planet just because a couple point drop in the oxygen level of the ocean, because we as a species can’t seem to get our emissions under control no matter how much the world’s smartest people tell us. We really don’t have a choice but to do that, if we want to continue to survive as a species for the next couple hundred years, we have to start listening to the scientists. We have to put smarter people in office in this country because if we don’t, we’re not that far off from seeing some of the worst effects of climate change. And then from there, it’s only going to get even worse.