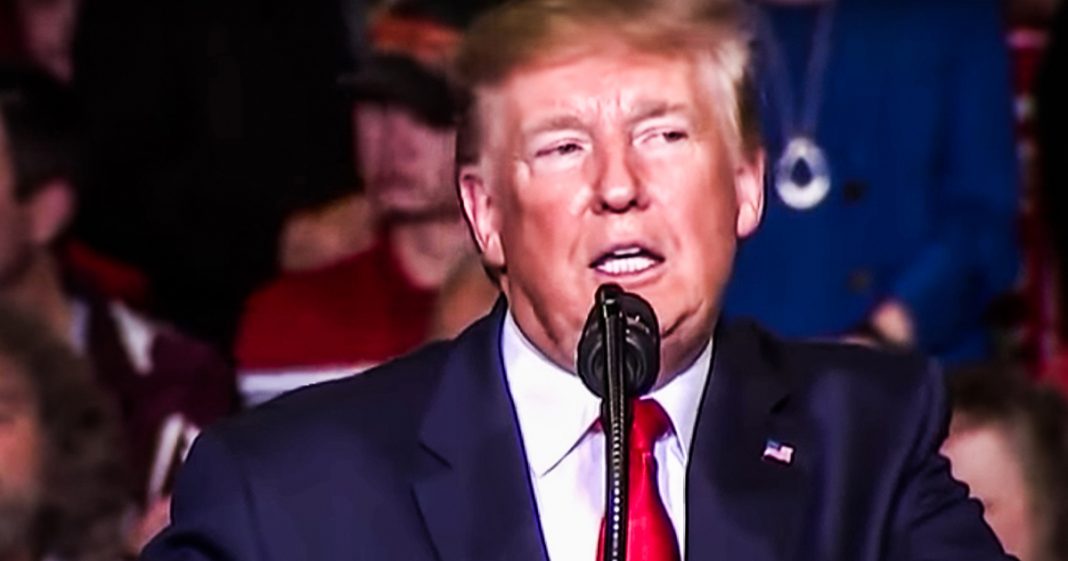 At a recent pro-Trump rally, several supporters of the President said that they are prepared to launch a new “civil war” if Donald Trump does not win reelection. This is not the first time that his supporters have threatened an armed insurrection, and apparently it won’t be the last, either. These cult-like followers of the President have severe cognitive impairments that require medical attention, and it is time for the public to understand that these people are not well. Ring of Fire’s Farron Cousins discusses this.

*This transcript was generated by a third-party transcription software company, so please excuse any typos.
Several months ago, there was a, uh pro Trump gathering, I guess you could call it out in Nevada, and the New York times decided to do a profile of some of the people who went out there to what they’re calling Trump’s stock, which happened back in October. And they finally ran the piece this past weekend. And what they’re telling us based on what was told to them by the people at Trump stock, was that if the president doesn’t win reelection in 2020, they are absolutely prepared to launch a another civil war to stand up for their cult leader. Here’s a quote from one of the people, a man by the name of, uh, Mark Vilalta. He said, nothing less than a civil war would happen if Trump’s not reelected. I don’t believe in violence, but I’ll do what I got a do, and as he said that according to the New York times, the man put his hand on his hand gun that he had holstered to his hip, put his hand on his gun and said, I don’t believe in violence, but I’ll do what I got to do while holding his gun because he doesn’t believe in violence, but he just happens to have a gun, you know, just in case he needs to be violent, let’s have that gun there for Trump stock, right? These people are sick, these people are deranged and these people need mental health help. These people should not be allowed to be walking around in society right now. They should be put under an involuntary psychiatric hold until doctors can determine whether or not they actually do pose a threat to the rest of the people in this country. You don’t reach and grab your gun and say, I’ll do what I gotta do. If you’re a normally well functioning human being. But that is what this one person did threatening a civil war. Not if Trump is impeached, but if he’s just not reelected, that’s dangerous and that is demented and it gets a little bit worse here too. Um, another guy by the name of guy Decker had this to say, he said they label us white nationalists or white supremacists. There’s no such thing as a white supremacist, just like there’s no such thing as a unicorn. We’re Patriots. And then the New York times pointed out that this guy had also already been arrested for making terrorist threats here in the United States. So these people are not harmless. They are not just a couple of, you know, people making these idle threats. They’ve been arrested for making threats like this because the threats were found to be credible. These aren’t the kinds of stories we can take lightly. These aren’t the kind of stories we can laugh at and say, Oh, they’re probably just kidding. Just like all those Democrats who said, Oh, I’m going to move to Canada if Bush wins and then I’m going to move to Canada if Trump wins, they didn’t actually move to Canada. So why should we believe that these people are actually going to start a civil war? Well, because we’ve seen too much. We have seen what happens with these psychotic Donald Trump’s supporters when they take the president a little bit too literally, you know, they load up a van with explosives and weapons and head over to CNNs office. We, we’ve seen these things happen. We know that these people aren’t necessarily just making idle threats. And no this is not a majority of Trump supporters out there, but there are some real sickos out there that need to be handled by law enforcement because these aren’t the kinds of threats that we should just take with a grain of salt. If somebody grabs their gun and says, I don’t believe in violence, but I’ll do what I gotta do if Trump’s not reelected, that is probably the kind of person that shouldn’t be allowed to have a gun in this country. We have a democratic process in this democratic Republic of ours. You get the votes, you get the electoral college votes, you win, and you don’t get to threaten a second civil war just because your cult leader doesn’t win. But that is exactly what happened back in October at Trump stock.