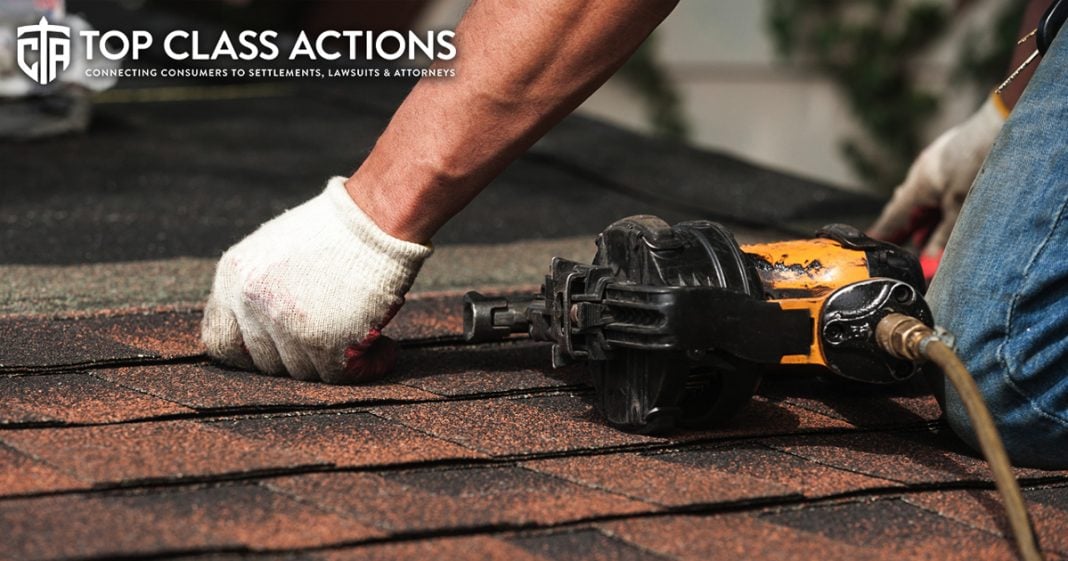 A class action lawsuit has been filed against CertainTeed Corporation over claims that its Horizon asphalt fiberglass shingles have defects that cause cracking, curling, and premature deterioration. The plaintiff claims that he purchased a newly constructed home in 2008 and defendant’s shingles were used. He argues that he first became aware of the defects when he received a letter from the developer of the community where his home was built. Ring of Fire’s Farron Cousins discusses this with Scott Hardy, President of Top Class Actions.

Farron Cousins:                  As any homeowner can tell you, owning a home is going to take a lot of work, it’s going to cost a lot of money and you’re gonna run into a lot of problems that you never in your wildest dreams imagined you were gonna run into. And unfortunately, one of the biggest problems you can have as a homeowner is when something goes wrong with your roof. That can easily spread all throughout the house, causing thousands upon thousands of dollars in damages and a new class action saying, claims that a shingle company, manufacturer of roof shingles knew that their products were defective and could lead to further damage on the home. Joining me now to explain what’s happening is Scott Hardy with Top Class Actions. Scott, I’m talking about the CertainTeed corporation. They make roof shingles. They work with a lot of contractors on new homes, put these roof shingles up and this lawsuit says these shingles are, to put it politely, subpar. Tell us what’s happening here.

Scott Hardy:                          So what we have here is someone who had a new home built and all of a sudden they get a letter from their contractor saying, hey, just a heads up, we’ve received reports at one of their homes we’ve built in your development of defective shingles that are deteriorating way too quickly. So they had their roof inspected and lo and behold, there were issues with those shingles and, you know, the granules were coming off early. The shingles were, were cracking, so that’s why this class action was filed because shingles typically have a 20, 25 even 30 year warranty on them. To have a problem where your house was built and just a couple of years later have those shingles starting to have issues is a major problem. That means there’s no way those shingles are going to last out through their warranty. And are you going to be able to get CertainTeed to honor that warranty?

That’s the big question within this class action itself. It’s so bad that this corporation, CertainTeed settled the exact, well, not exact, but very, very similar class action back in 2009, paid out in 2010 for their organic shingles. Which included everything from Hallmark Shangle, Independence Shangle, Horizon Shangle, Custom Sealdon, Custom Sealdon 30, Sealdon 20, Sealdon 25, Hearthstead, Solid Slab, Master Slab, there were a lot of different shingles that were included in that class action settlement from 2010. So now, we have this one here in 2019 and the allegations are the same, premature wear, they’re cracking, curling, deteriorating. In fact, the attorneys who sued CertainTeed back in 2010, or 2009, are the exact same attorneys that are suing them now.

Farron Cousins:                  Well, hopefully that means, you know, they obviously know how to win against this company. They know how to make the arguments. So hopefully that means that the people who are affected by this will be taken care of and hopefully taken care of fairly quickly. You know, CertainTeed has clearly already lost this argument once. So maybe that may make them a little bit, you know, more willing to settle this, especially when you consider the fact that it costs thousands of dollars to repair or replace a roof. So people have coated their entire roof in these subpar shingles, spent thousands of dollars to do it and within just a few years, something that should have lasted you 30 years has to be replaced again and hopefully didn’t cause further damage.

Hopefully people didn’t get water damage, you know, into their attics or, or into the studs of their home because if they did that is a whole nother story that’s going to cause significant damage to that house. It could easily invite termites into it if there is water damage. You know, like I mentioned earlier, it’s a snowball effect with these kinds of things. If you have a leak in your roof, it can easily just creep into all other parts of your house. It can ruin your electrical system, ruin the framing of the home, invite in bugs that can destroy the wood. So this is a big issue. This is a big deal and this company absolutely needs to pay up for what they knew they were doing here

Scott Hardy:                          They do, and if you’ve got CertainTeed shingles on your roof, you could take a look and talk about, look at the brands that we’ve talked about here. You need your roof inspected, you need to take a look and see if you’re having those problems. If you have to get it fixed, try to file that claim through CertainTeed. Keep all of your receipts because if you get your roof repaired, there’s a good chance, once this settles and based on the history that we saw back in that settlement from 2010 it will settle, you’ll be able to get that money back. So document the process for what you’re doing. Document all the charges that you incurred making this repair happen and take care of your roof. Hopefully you’ll be able to get some money back.

Farron Cousins:                  Absolutely, and for more information about this issue, please follow the link in the description of this video, head on over to Top Class Actions and make sure that you sign up for their weekly newsletter. Scott Hardy with Top Class Actions, always a pleasure talking to you. Thank you.