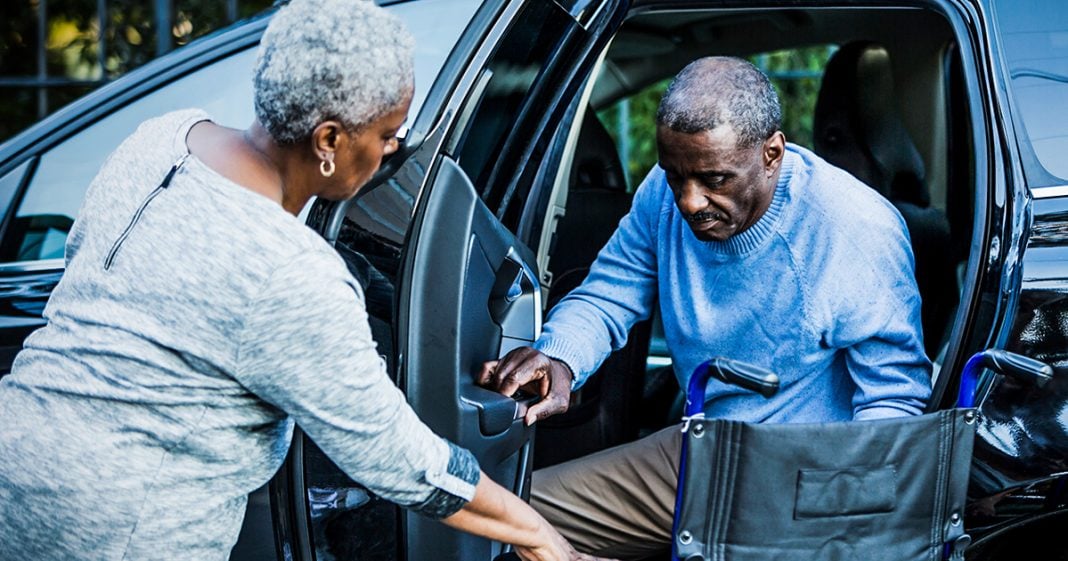 Just when you thought that this administration couldn’t get more cruel, the Trump administration is planning on changing the rules for who qualifies for Social Security disability benefits, which would result in hundreds of thousands of disabled Americans no longer receiving government assistance. The change in the rules is an attempt to cut the budget to pay for tax cuts, and this has been part of the Republican plan from the start. Ring of Fire’s Farron Cousins discusses this.

*This transcript was generated by a third-party transcription software company, so please excuse any typos.
Well, assuming Donald Trump was not visited by three ghosts on Christmas Eve, his administration is currently moving forward with a plan that could kick hundreds of thousands of disabled American citizens off of their social security disability benefits. Recently the administration proposed a rule change to social security disability benefits along with um, supplementary supplemental security income, SSI. And what they want to do is they want to add another tier as to who can qualify for these benefits. Right now there are three tiers and this determines how much benefits you get, how often you have to be reevaluated to see if you still qualify for the program and they are as follows, medical improvement, not expected. Those are the people who don’t have to go in for frequent checkups to make sure that they’re not getting better. They get their benefits pretty much forever and they get more in benefits because they’re not going to get better. You have medical improvement expected and medical improvement possible. Now, each one of those obviously sounds a little bit similar but they are very different in practice, but the administration wants to add a another group and that is medical improvement likely, likely. So they’re basically changing it from medical terms, you know, improvement expected, improvement possible, and possible. In terms of medical improvement means if everything is done correctly, if they get the treatment they need. If medical science continues to advance, there’s a possibility that this person might be okay but likely, likely is a word that changes things and that’s what is freaking people out right now and it rightfully should because you are going to have 4.4 million people who are currently on these disability programs who are going to fall into that likely category, which means if you suffer from chronic back pain and you’re unable to work because of it, if you have a condition like schizophrenia, they can easily classify you as, Oh, you’ll likely get better. They don’t know that. They’re just guessing and they’re doing it solely because they want to kick more people off of these programs so that they can save a little bit more money to pay off those massive tax breaks that they gave to the millionaires and billionaires. That’s what this is about. It always comes back to that. They screwed us all over passing these massive tax cuts and the only way they know how to get that money back so that we’re not at a $2 trillion deficit again, is to cut the benefits for the who need it the most. Social security disability is not something that people typically take advantage of. It is already very hard to qualify for this. That is why there is an entire legal profession dedicated to just getting people to be able to get their social security disability benefits. Very hard to defraud this program, so it’s not like these people are mooching off the government. They have done everything they were supposed to do, but this administration decides to kick the cruelty up just another notch and say, I’m sorry that you’re physically unable to go out there and function in a job, but I got to pay to give these rich people a tax break. That’s what this is all about.