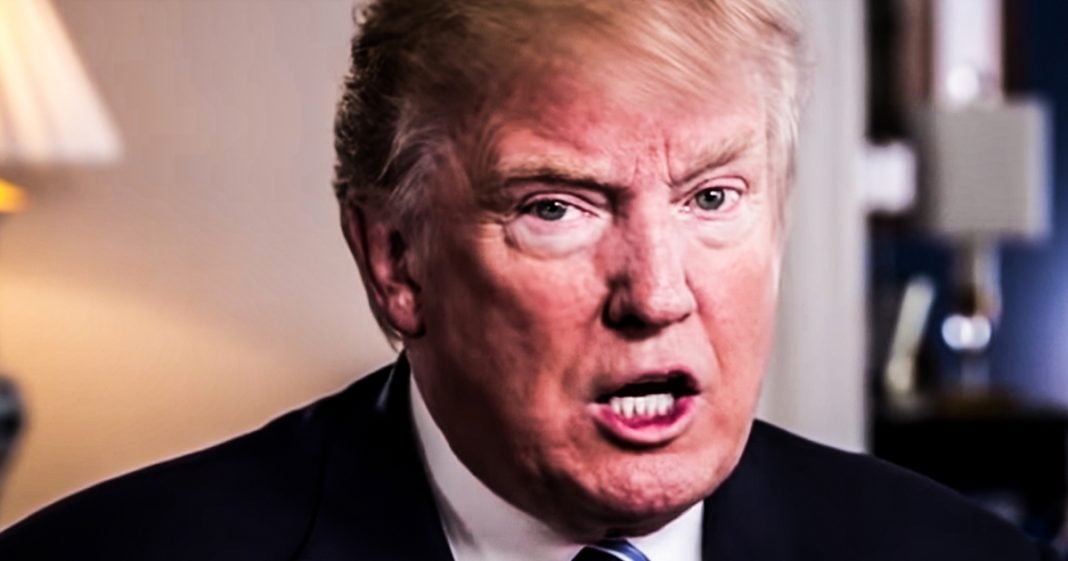 According to the fact-checkers at The Washington Post, Donald Trump has now told more than 15,000 lies in under 3 years in office, averaging close to 15 lies per day. Nearly 20% of these lies are told via his Twitter feed, with the rest coming in interviews, rallies, and televised meetings. The lies cover everything from immigration to tariffs to tax cuts, and they are increasing in frequency. Ring of Fire’s Farron Cousins discusses this.

*This transcript was generated by a third-party transcription software company, so please excuse any typos.
Recently, the Washington post released an updated count of how many lies Donald Trump has told since taking office in January of 2017. And that total as of December 10th, 2019 was up to 15,413 lies since January 20th of 2017 which means the president is averaging roughly 15 lies per day and November and October of this year, rank as the second and third highest number of lies told per month. The number one month where Donald Trump told more lines than ever was actually October of 2018 right before the midterm elections where the Republicans suffered a massive blow. But in that October, much like in the last, uh, two months here, he was doing a lot more rallies and the more Donald Trump goes out there and talks to the public, the fact checkers point out the more he lies because that’s just what he does. 20% of the lies he has told according to the Washington post fact checkers are about jobs in the economy. And we see that all the time. Donald Trump’s saying, this is the best economy we’ve ever had here in the United States. That’s not true. That’s absolutely false. Saying that we’ve got better unemployment numbers than at any point in American history, also not true, and those are things that are easily verifiable. If one takes a few seconds to look it up. Unfortunately, Donald Trump’s supporters don’t bother to do that. One out of every six of his lies is coming from his Twitter feed. Not surprising. I actually thought that number would be a little bit higher, but the remaining five sixths of those lies are coming from his little impromptu press conferences where he yells at the press in front of the roaring helicopter behind him. They come from the rallies, they come from meetings that are televised. This man is incapable of telling the truth, and I remember back when he first took office, you know, a couple months after that, and we had the first report Donald Trump’s telling three lies per day. Couple months later it erupted into him telling 4.5 lies per day. Now he’s up to seven lies per day. He’s up to 15 lies per day. Now the problem is getting worse, not better. And as we approach yet another election season here, it’s going to get even more my prediction by this time next year, I’m willing to bet that I am sitting in this chair, maybe not this, and hopefully we get a new chair. But anyway, I will be sitting here and I will be saying to you, Donald Trump is now telling 20 lies per day. And to be honest, based on the frequency with which these lies are getting bigger, 20 a day in a year is actually a pretty low ball estimate. Could be even higher than that. But there is some good news with this. Yes, the president lies all the time. Yes, it’s getting worse, but only three out of 10 Americans believe what he has to say. So only 30% of people in this country think that the president is being honest. 70% understand that yeah, those things he’s saying aren’t true. So every now and then these polls, these fact checks, they give us a little glimmer of hope. Unfortunately, 30% of this country believing those 15,413 lies is still incredibly too high.