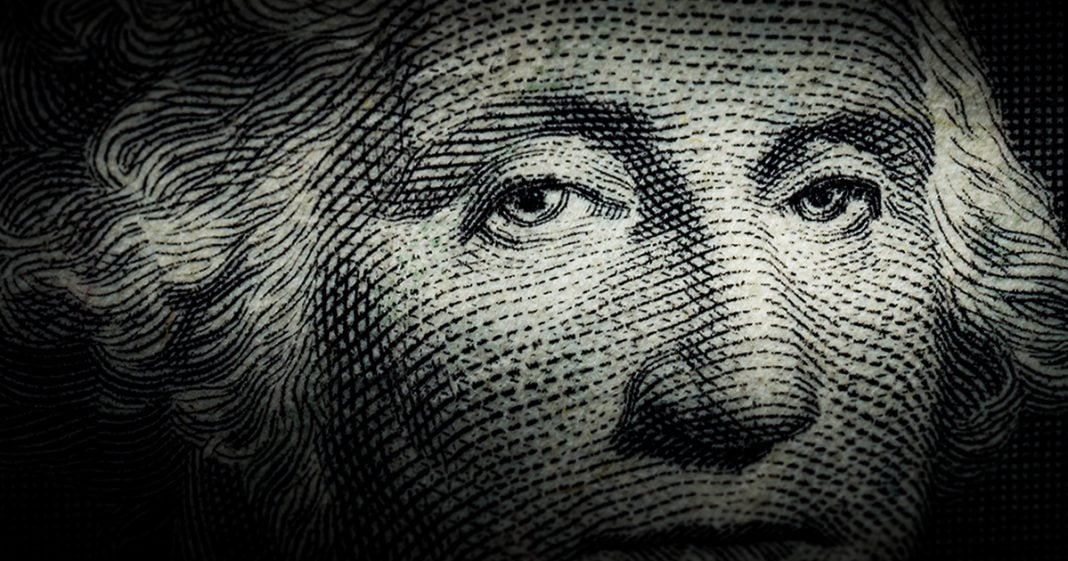 Several conservative dark money groups have been inundating the IRS with public comments begging them to follow through with a Trump-approved change that would prevent the disclosure of donors to the same dark money groups. This is an all out assault on our democracy and an attempt to keep secret who is buying off our politicians. Ring of Fire’s Farron Cousins explains the dangers of this rule change and how these conservative groups gamed the system.

*This transcript was generated by a third-party transcription software company, so please excuse any typos.
Earlier this year, the Trump administration proposed a new rule for the IRS that would actually prevent most dark money organizations from having to reveal their donors to the IRS. Well, back in July, a federal judge ruled that you can’t do that without at least putting this proposed rule change up for public comment as they typically do with any kind of regulations that don’t have to go through Congress. So the administration said, okay, we’ll put this rule up for public comment, and when comments close two weeks ago, they had received 8,319 comments according to open secrets, most of which were actually supportive of this rule change. Apparently most of the people who commented on this think that it’s a great idea for the IRS to not force these dark money groups to disclose who’s doning- donating to them. Now, here’s where it gets interesting. Open secrets found out that the reason most of these comments were positive was because two conservative dark money groups, which were freedom works and people United for privacy, actually encouraged people, sought people out and got them to go and leave comments saying yes, we don’t want them to have to disclose their donors to the IRS. So dark money groups funded a campaign to convince the IRS to not force these same groups to disclose their donors. This is not uncommon. This is entirely expected, but that doesn’t make it any less disgusting. Because here’s what’s at stake right now. This rule change is going to go through. That’s a given. This is something that’s now going to happen, which means even the IRS is not going to know who is funding these dark money groups who turn around and run all these ads by all these, you know, placements on TV and funnel money to politicians. We’re not going to know who’s doing that, and the real threat is not just all the millionaires and billionaires in the United States who give money to these groups, but foreign countries as well. It is illegal for a foreign country to give money to these groups to spend on elections or on issues, but if they don’t have to tell us where the money’s coming from, we’ll never know so that criminal activity would go unchecked. We’d have no way to verify. The IRS wouldn’t even be able to look at it because of the Trump administration rule. And here’s where it gets even more concerning. We know right now the NRA, also a dark money group is under investigation by the FBI because they believe that Russian money has been funding the NRA and then flowing to US politicians and issues. That’s illegal and that’s why it’s being investigated. But those kinds of things will be common and completely unable to be investigated. We as a country cannot survive if we continue to allow this dark money to flow into our elections, our entire democratic Republic will come crashing down, because not only will we be vulnerable to the corporations and wealthy elite here in the United States who are already buying our elections, but suddenly this new rule would open it up to the entire world. Any country that had a couple bucks to spare could come over here and influence our elections. We cannot allow that to happen, but that is exactly what Donald Trump wants to happen since the citizens United ruling, according to open secrets, more than $1 billion has been spent by these dark money groups in American politics. When this new rule change goes through, and again, it will, so when it goes through, we’re going to easily double that $1 billion possibly within the next two election cycles. May as well at this point, put a big sign up on the statue of Liberty that says, open for business foreign money, welcome. Because that is exactly what’s going to happen if this thing goes through.