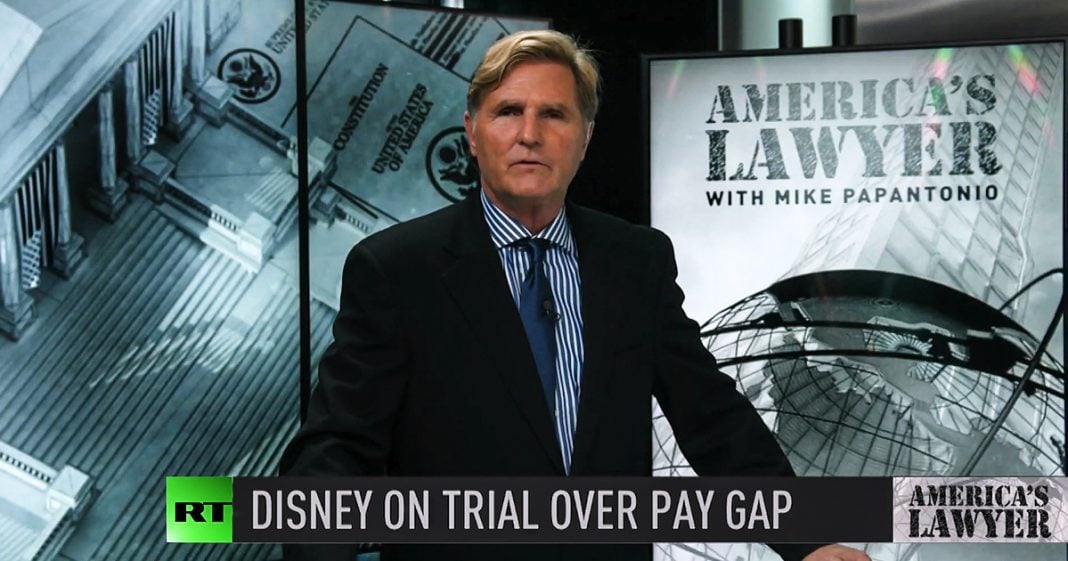 Via America’s Lawyer: A judge has ruled that a wage discrimination lawsuit brought by female employees of the Disney corporation can proceed into the discovery phase, which means that we may soon know the full extent of Disney’s discriminatory pay scales. Mike Papantonio explains more.

Finally tonight, some good news. A judge has ruled that a wage discrimination lawsuit brought by female employees of the Disney corporation can proceed into the discovery phase, which means that we may soon know the full extent of Disney’s discriminatory pay scales. The lawsuit covers multiple Disney properties including Pixar, Marvel, Lucas films, and the recently acquired 20th Century Fox. The female employees who filed the suit alleged that the company routinely pays women less than they pay their male employees for doing exactly, exactly the same jobs.

The gender pay gap in the United States is currently about 15% meaning women earn roughly 85 cents for every $1 that a man makes in exactly the same job. Even though that gap has closed slightly in recent years, the truth is that it shouldn’t exist at all, not just from a moral basis, either. The laws of this country make it clear that you can’t pay someone less because of their gender. That’s the Constitution, that’s the law of this country. This lawsuit has the potential to uncover a massive gender pay gap at one of the largest media conglomerates on the planet, and the results could be felt throughout the entertainment industry. Let’s hope that they are felt.

That’s all for tonight. Find us on Twitter @facebook on facebook.com/rtamericaslawyer. You can watch all RT America programs on Direct TV, Channel 321. Also stream them live on YouTube. I’m Mike Papantonio, and this is America’s Lawyer, where every week we tell you the stories that corporate media is ordered, not to tell because their advertisers won’t let them. Have a great night.