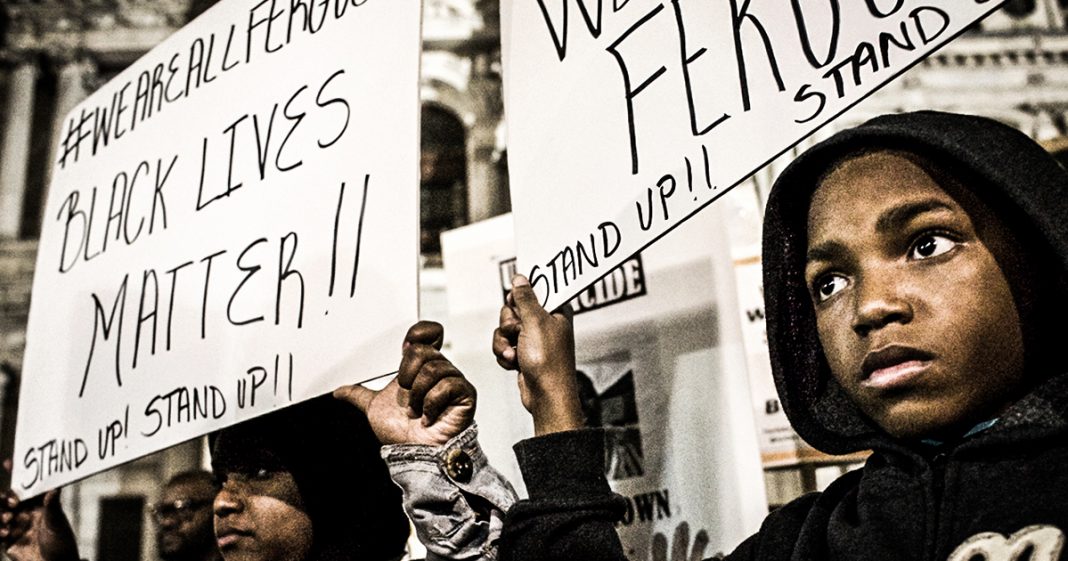 A new scientific study found that most Republicans in America tend to believe that white people face the same levels of racism as black people. The real problem is that they believe that black Americans don’t experience nearly as much racism in their daily lives as they actually do, showing that these people are completely blind to the racism in this country. Ring of Fire’s Farron Cousins discusses this.

*This transcript was generated by a third-party transcription software company, so please excuse any typos.
Recently new research published in the journal nature human behavior found out that Republicans here in the United States believe that white people suffer from racism just as much as black people in this country. Here’s what the study found. White people and Republicans were found to underestimate the amount of discrimination black people experienced. Republicans also tended to think that black and white people face prejudice in more equal amounts than evidence suggests. That’s pretty obvious, right? We have had white Republicans in this country for years now screaming reverse racism. Affirmative action is racist again against white people. White people are going to become the new minority. And we hear that, and it’s not true. And this research proves that. Yeah, that’s not a thing that’s happening, white Republicans. But there is something for the Democrats that’s also not all that great, it said black people in Democrats tend to overestimate the racial bias that blacks face. But at a level more in line with what data suggests is the truth. So by a slim margin, Democrats and black people, uh, think they’re more oppressed or prejudiced than they actually are. But that’s a very slim margin, right? They’re still overly prejudiced against here in this country. They experienced racism, the likes of which white people have never experienced in this country, and it’s ridiculous for these white Republicans to go out there and say these silly talking points that, Oh yeah, white people are just as oppressed and here’s the reason. The study looked into it a little bit deeper. They found that there is this theme typically from the outright that whites are being replaced, the great replacement, is what they call it, Tucker Carlson’s out there pushing it, saying that, Oh yeah, immigrants come in, they make us dirty, or the whole country gets dirtier. They take your jobs, they take your benefits, they take all of these things that you were supposed to have white people and now it belongs to somebody who’s not white. Your being oppressed, you’re being discriminated against, and as this study points out, it’s absolutely not true. Now, sure, there are instances of white people being discriminated against in this country. Absolutely it exists, but nowhere near the level that any other race in this country experiences. But among those on the right, the white Republicans that this study talks about, they have this victim complex. They think that they experience it just as bad as everyone else. Doesn’t matter that the data doesn’t back it up. Doesn’t matter that they can’t actually provide examples of it happening. They still think that it’s something that’s real. This is a massively important study because it lets us look into the mind, a little bit of Republican voters and understand why they think the way they do. We know that racism drove a lot of people to vote for Donald Trump. Some of it was overt racism. Some of it was just inherent racism that people didn’t even realize they had. Just like in this study, not everybody who says whites are prejudice just as much as blacks are is a racist. They just have a skewed vision. Yes, that is a racist trope that they’re holding onto, but that doesn’t mean that they hate the other side. It just means that they are misinformed. It’s up to us to inform them. It’s up to us to explain to them that that’s not how it happens. Show them the data, let them understand what’s really happening in this country. And some of them, not all, probably not even most, but some of them may come to their senses and understand that white people in America have always had it pretty good.