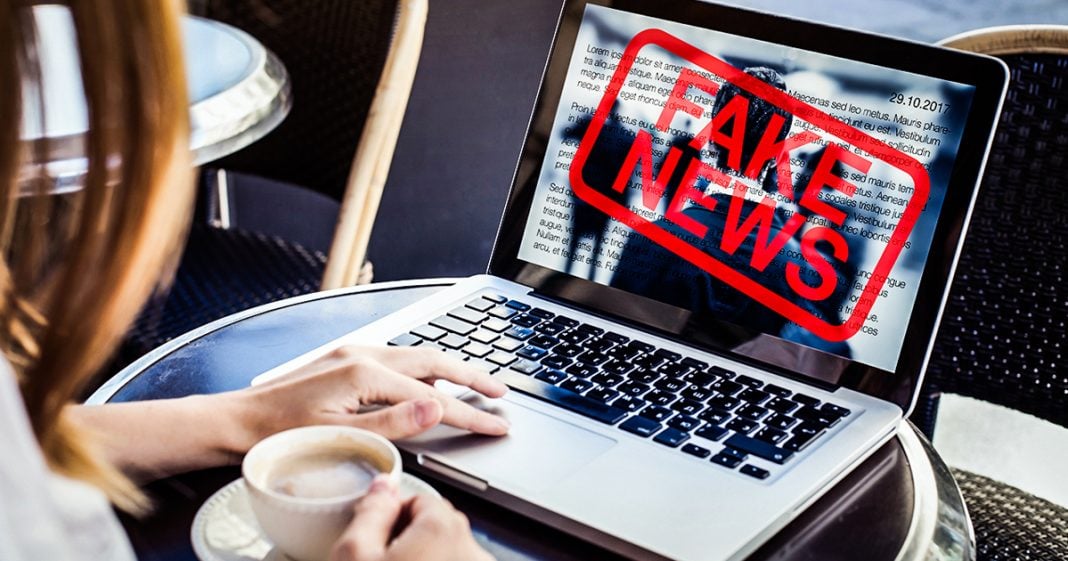 According to a startling new poll, one-third of Americans say that they rely on news sources that they know are not reliable, they just don’t care. The problem is no longer just the existence of fake news, it is the fact that Americans have become accepting of news that they know is completely inaccurate. Ring of Fire’s Farron Cousins explains what this means for this country.

*This transcript was generated by a third-party transcription software company, so please excuse any typos.
Recently, the Rand corporation released a startling new study showing that roughly one third of American citizens get their news from sources that even they consider to be unreliable, but they still turn to those news sources anyway, and those news sources, according to this new uh study happened to be social media and what their peers tell them. That’s it. A third of America getting news from either Twitter, Facebook, LinkedIn, maybe, I don’t know, and they’re friends and they know that they can’t believe those stories, that they’re unreliable, but they go to it anyway because, Hey, we’re lazy. Now here’s the problem with this. The problem is not just that there is so much fake news out there. The problem is not that there is so much misinformation. The problem is that now we have one third of this country out there saying, yeah, I rely on fake news, and you know what? I don’t have a problem with it. I know it’s fake, but I’m still going to believe it. No folks, that is a problem with this country. That is a problem with society. That is a problem of intelligence, of a lack of education, but more importantly a lack of effort on behalf of the American public. It doesn’t take very much. I mean, if you’re already on Twitter or on Facebook, then you clearly have access to the internet. You can go out there and find plenty of news sources that are reliable, that are credible, that do fact checking, that are not hidden behind a pay wall, but at least a third of this country refuses to do that. And this presents a massive problem for us as an electorate going forward. How do we counter that? How do we convince 33% of Americans that they need to abandon this fake news when they’ve already admitted, they know it’s fake and they like it anyway. You can’t reach people like that and it’s a third of this country. We have very real problems in this country. And yes, fake news, misinformation is absolutely one of them. But when we’re out there pushing for policies like Medicare for all or a green new deal, and then you run into somebody who says, Oh yeah, I read, you know, they said the green new deal going to outlaw cow farts and airplanes. And that’s literally something right wing media has said, it’s not true. You could show him the green new deal. You could read it word for word to them. You could show them all the fact checks debunking these lies, but they still won’t believe it. And unfortunately, this is one of those times where I’m at a loss. I don’t know what to do. We’re doing everything we can. The rest of the progressive media is doing everything they can to counter all of this constant misinformation. But when you have a third of this country who says, you know what, I like the misinformation. Those people are absolutely unreachable. And we have to find a better way to educate the two thirds who understand that fake news is just that.