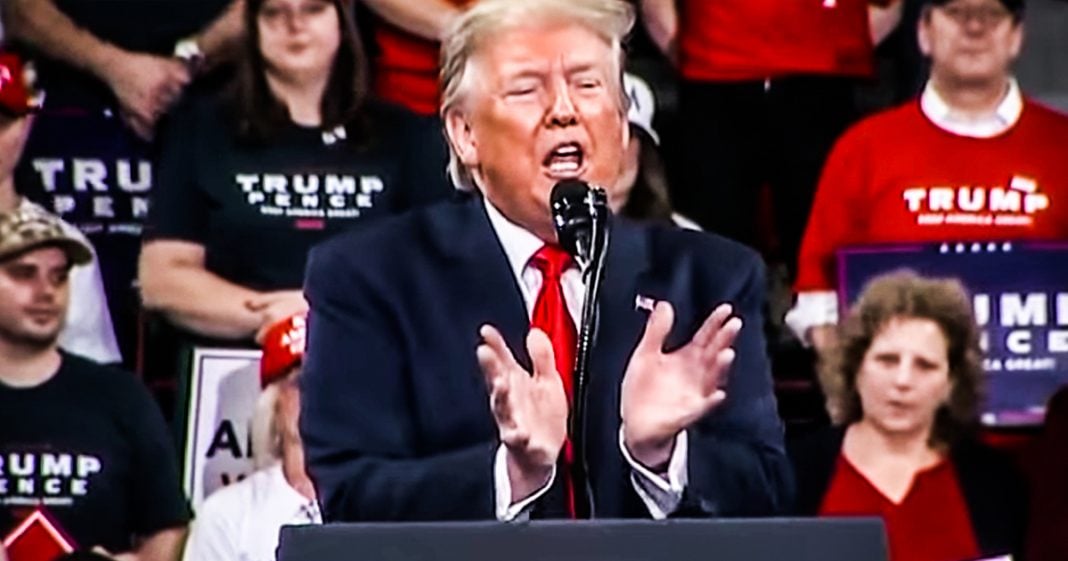 A science writer with a PhD in neuroscience named Bobby Azarian has laid out why Trump supporters (and a lot of Republicans in general) are so quick to fall in line with politicians like Trump who are clearly charlatans. He identifies five different common traits that we see in these die hard supporters, and they are each more disturbing as the list goes on. Ring of Fire’s Farron Cousins discusses this.

*This transcript was generated by a third-party transcription software company, so please excuse any typos.
Ever since the election of Donald Trump, psychiatrist, psychologist, other mental health professionals, neuroscientists, they’ve been looking at Donald Trump and warning us that, Hey, something’s wrong here, but guess what folks? It’s not just Donald Trump where these people are saying, Hey, something’s not right with his head. And now we have a neuroscientist man by the name of Bobby Azarian, dr Azarian, who is actually completed a psychological profile on Republican voters specifically though not limited to Donald Trump’s supporters and dr Azarian in here identified five traits that these Trump supporting Republicans tend to have. Maybe not all of them, but most of them. So I wanted to take a minute and run through these traits that dr Azarian has identified in these Republican voters. The first is authoritarian personality syndrome. This refers to the advocacy or enforcement of strict obedience to authority at the expense of personal freedom and is commonly associated with a lack of concern for the opinions or needs of others. We see that all the time with Republicans. The very selfish mentality, I don’t want to pay off your student loans. I don’t want to pay for you to have healthcare. I got to get mine and besides we got to follow the rules. We all gotta do our part. We got to follow the president because he’s the president. Now this as dr Azarian points out is a syndrome. It is characterized by belief in total and complete obedience to one’s authority. That is why we see these hardcore Trumpers out there always whatever the president says, I believe you best president ever hashtag CAG 2020 it’s constant. Social media is disgusting because of it, but that’s just one trait. The doctor continues social dominance orientation, which refers to people who have a preference for the societal hierarchy of groups, specifically with a structure in which the high status groups have dominance over the low status ones. Excuse me. So basically what this means is protecting the way things are, right? You got your upper echelon, your top 1% that people get in those tax cuts. You’ve got the working class who is getting absolutely nothing and that actually includes most Republicans, but they want to keep it that way because they believe that’s the way it should be because they also believe one day they’re going to escape that bottom rung of the ladder and make it to the top even though it’s statistically unlikely to ever happen. The third trait he identified, obviously prejudice, and this is interesting because he points out in this article that he’s written here that this is not all Republicans. Obviously it’s unfair to say all Republicans are even all Trump supporters hate any specific group, but it’s also unfair to deny that prejudice played a large role in Donald Trump’s election. In his speech announcing that he was running for president, he called Mexicans rapists and murderers, that that’s pretty much not just a dog whistle. That’s a bull horn. We know where he stands on these issues. He said Muslims are dangerous. That’s pretty straight forward, so sure, prejudice played a huge role in it. The last two here, real quick inner group contact. This is an important one in psychological studies. What this means is that Trump supporters, Republicans in general, do not spend much time outside of their social group. Meaning they don’t seek out differing viewpoints. They don’t seek out different cultures to hang out with. It’s just their little white group according to the doctor here, and that’s what they like because it reinforces their own belief and obviously that’s very dangerous. And the fifth one is relative deprivation, which refers to the experience of being deprived of something to which one believes they are entitled. It is the discontent felt when one compares their position in life to others who they feel are equal or inferior, but have unfairly had more success than them. This has played a part in a lot of Republican campaigns over the last 50 years. This is how they do it. Ronald Reagan with the welfare queen. Oh, you hardworking conservative voters. You’re out there working 12 hour days working overtime and not getting paid for it. Meanwhile, these welfare Queens are living high on the government hog, they’ve got more than you and they’re not doing anything that’s unfair. Bush one and two and Trump all out there selling us the talking points that, Hey, they’re taking your jobs. The immigrants are coming over and they’re taking your jobs. That’s not fair. It’s not because you don’t have the skills necessary. It’s not because your employer wanted to fire you to get cheap labor. It’s just because of the immigrants and the Democrats are letting it happen. This is a phenomenally well written article. There’s a link to it in the description of this video. I encourage everybody to not only take the time to read it, but take the time to share it because this is probably the best glimpse into the mind of a Republican voter that I’ve ever seen.