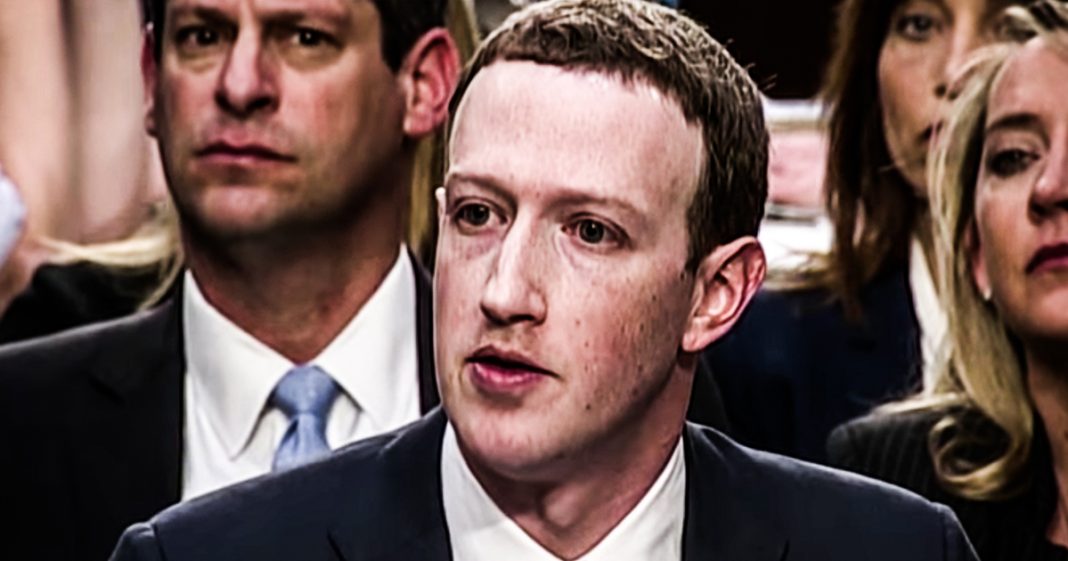 Mark Zuckerberg from Facebook recently responded to a request from 2 senators, asking why his social network needs to track users’ locations, even if they have that service turned off. Zuckerberg tried to argue that he needs that data to sell targeted ads, but that argument will likely not fly as it is a massive violation of privacy and security. Ring of Fire’s Farron Cousins discusses this.

*This transcript was generated by a third-party transcription software company, so please excuse any typos.
Last month, Republican Senator, Josh Hawley and democratic Senator Chris Coons sent a letter to Mark Zuckerberg at Facebook and in that letter they said, Hey, Mark, or they didn’t start it that way. But anyway, yeah. Hey, Mark. Uh, could you tell us why Facebook is tracking users’ data? Even when people say, Facebook, you’re not allowed to track my data. You know, we just want to clear things up and find out why you’re invading these people’s privacy when they’ve explicitly told you to not do it. Well, Mark Zuckerberg finally wrote back to Congress, dear senators, I need that data and we don’t really track them through Facebook anyway. When they tell us not to, what we do is we check their phones, IP address, we look at where they’re checking in on other social media apps, and then we use that because we’re good people to make sure people aren’t fraudulent logging in to your account. We’re also selling it to advertisers to give you better targeted ads. Let me read, let me read this from CNBC. This is phenomenal. Facebook said that even when location tracking is turned off, it can deduce users, general locations from context clues like locations, they tag in photos as well as their devices IP addresses. While this data is not as precise as Facebook would collect with location tracking enabled, the company said it uses the info for several purposes, including alerting users when their accounts had been accessed in an unusual place and clamping down on the spread of false information. How, how, how honorable. Facebook acknowledged that it also targets ads based on the limited location information it receives when users turn off or limit tracking. Facebook doesn’t allow users to turn off location-based ads, although it does allow users to block Facebook from collecting their precise location. The company wrote, so here’s the thing. Zuckerberg says, Hey, listen, I need that. I need that data. I’m trying to protect people and I’m also trying to make a fuck ton of money, but they’ve got your IP address, which means Facebook is in your system, it’s in your phone’s settings. If that doesn’t terrify you, then, then there’s no, there’s a hope for you folks. Facebook can track you whether you tell them they can or not, your IP address, I mean that’s your ID, that’s where you are, that’s who you are. They know this and they’re in your system settings and if they can pull your IP, they can literally pull anything else from your phone. That’s terrifying. That is absolutely terrifying. And the problem is then you know, you had Holly and you had Koons say, could you explain this to us? And so now they’re, they’re both like, okay, well you know, we, we wish you would give, give users a little more control over this. That’s it. That’s it. Throw Mark Zuckerberg in jail folks. That’s where we’re at. This man is stealing. He is stealing your private data for his profit. Mark Zuckerberg belongs in jail. There is no way around it. That is what is happening. And that is what they’re admitting to. Yeah, we’re stealing your data even though you told us not to. Guess what? If somebody comes and knocks on your front door and they say, can I come in your house? And you say, no, you may not. And they push past you and come in your house anyway. That is a crime. That is a crime called trespassing and you can have them arrested for that. Why can’t we do the same thing with our cell phones? Because that is Mark Zuckerberg knocking on your door and even though you’re telling him no, he is shoving you down, walking into your house, selling your goods because he wants the money. It’s no different than a common criminal.