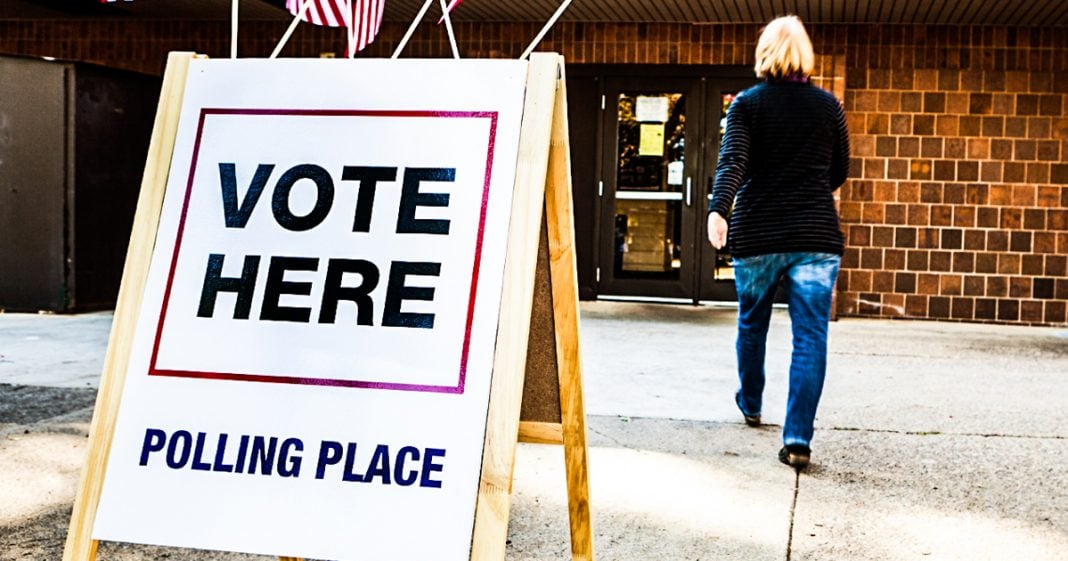 A federal judge in Wisconsin has ruled that 234,000 people in the state can immediately be removed from the voting rolls, a major win for conservative groups who had been fighting for the massive disenfranchisement. These people allegedly moved, but the state refuses to take the time to verify if these voters are legitimate or not. Ring of Fire’s Farron Cousins explains what these means for the 2020 election.

*This transcript was generated by a third-party transcription software company, so please excuse any typos.
In the 2016 presidential election, Donald Trump won the state of Wisconsin by fewer than 23,000 votes. In 2018 Republican governor Scott Walker was sent packing and replaced with a Democrat. So Republicans in that state decided to strip the governor of a lot of his powers and give that to them in the state houses. So as we approach 2020 and we see Wisconsin wanting to be a blue state electing Democrats, Republicans in that state decided to do something to make sure that doesn’t happen. And that thing was to purge 234,000 people from the States voting roles, 55% of whom live in districts that Hillary Clinton won in 2016 here’s what’s happened. We’ve discussed this story before, but there are some new developments with it. The state of Wisconsin identified 234,000 people that they believed had moved. So they sent them a letter. It said, Hey, if you’ve moved, respond to this letter within 30 days or else we’re kicking you off the voting rolls. Problem with that is that they didn’t send it to the address that people allegedly moved to. So if you don’t live in a house anymore, you live in a different house. Maybe even in a different district and a letter goes to your old house, well, you’re kind of screwed, aren’t ya? You’re not going to get that letter. Even if you just moved down the street and let’s forget a really friendly neighbor, you’re not getting that letter saying to respond to keep you as an active voter. Week and a half ago, judge steps in after Republicans filed a suit because the voter purge was actually supposed to take place after the 2020 presidential election. It was going to take place in early 2021 but Republican groups stepped in, filed a lawsuit and said, Oh, no, no, no, no, no. You’ve got to purge these voters now. Even though the official letter you sent out to them said they wouldn’t be purged till 2021 we want you to go ahead and do it and get it over with so that they can’t vote. In 2020 and a week and a half ago, a judge said, you know what? You’re right. Purge them now. Get them off the voting rolls. You win conservatives. 234,000 people gone from the States voting rolls. A lot of these people may have moved out of state. Some of these people, as I said, may have just moved to a different neighborhood where they’re still in the same precinct they were in before. I’m willing to bet thousands of them did that. That’s not uncommon to move from one part of town to another, but the state didn’t take the time to go through and do their job and instead tried to put it on these people, but made it so difficult that they couldn’t reach out to the state and say, yeah, I did move, but I’m still in the same precinct, or yeah, guess what? Now I’m in another district. I’m still a Wisconsin citizen, so I’m still entitled to vote, but the state failed them because that’s how it was designed. It was designed to fail. It was designed to get these 234,000 people off the voting rolls because those 234,000 people could very easily and very likely swing the next presidential election.