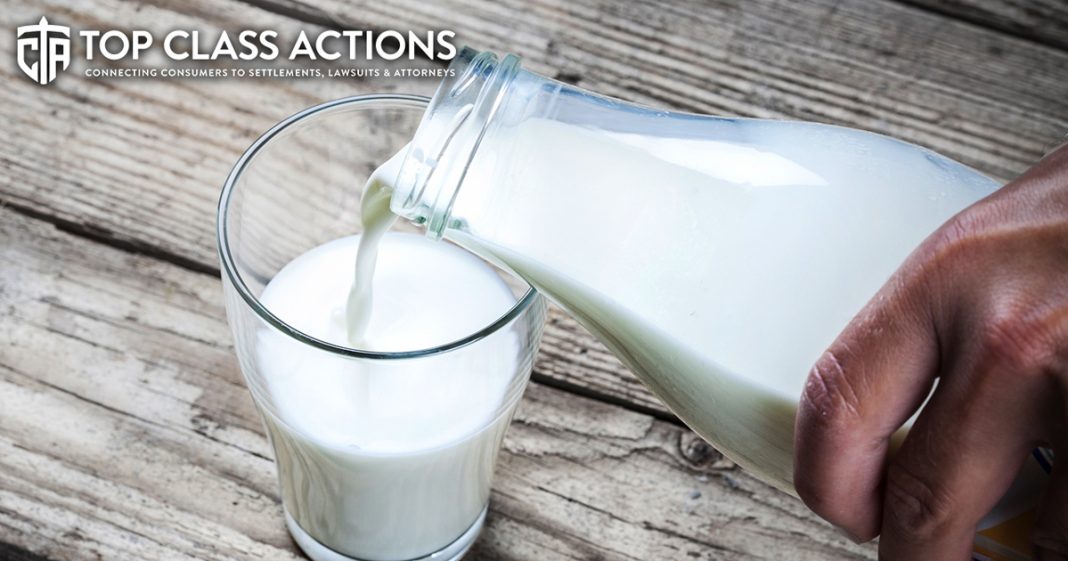 Dairy producers recently agreed to pay $220 million to resolve claims that they intentionally reduced the number of dairy cows to increase milk costs. Members of the National Milk Producers Federation have agreed to make gradual payments which will eventually cumulate in a $220 million settlement fund. This fund will resolve claims they eliminated dairy cows as part of a price-fixing scheme that affected the cost of cheese, milk and other dairy products. Ring of Fire’s Farron Cousins discusses this with Scott Hardy, President of Top Class Actions.

Farron Cousins:                  When people think about price fixing schemes, they usually think about, you know, oil cartels fixing the prices. You know, these big international companies kind of artificially keeping prices high for consumers. They don’t typically think of things like milk. But as the result of a nearly seven year lawsuit and investigation, the national milk producers federation has agreed to pay out to $220 million for a multi year milk price fixing scheme. Joining me now to explain what happened is Scott Hardy with Top Class Actions and Scott, you and I, in the past we had talked about a tuna fish price fixing class action, something you wouldn’t necessarily expect. And this one to me is even more unexpected, right? You, you have this Federation of dairy farmers and they apparently got together and said, we’ve got a new little scheme that is going to artificially keep milk and other dairy product prices high so that we can get a bigger profit. Explain how this little scheme worked.

Scott Hardy:                          Yeah. The, these price fixing investigations are fascinating because you sit there and go, oh, it’s milk price fixing, boring. Well come on, take a look at it and see what they did to artificially inflate the price because you’re thinking it’s milk. What are they going to do? Stop the cows from producing milk. No, they got to keep on producing. Well, in this case, the cooperative working together initiated a herd retirement program in an effort to eliminate the number of dairy cows available because you can’t just stop milking dairy cows. You’ve got to keep on milking them. No, you’ve got to retire them. They did it under the guise of trying to help them meat industry. But, as it turns out, according to this class action, it was done to help artificially inflate the price of milk and all related products because this particular class action doesn’t have to do with milk.

Farron Cousins:                  You know, so, so they got together, and they decided we’re going to retire these cows and, and I guess give these cows over to the meat industry so people could have more steak, but they’re gonna pay a little bit more for their milk. I mean, this is, it seems so, I guess harmless on the surface, but really when you consider the fact that milk is a staple. Right? It is a staple in most American homes. Something people buy once, twice every single week, especially if you have kids that are not, you know, of lactose intolerant or anything like that. You keep the milk stocked up. And so yeah, it may be an extra 50 cents, maybe an extra dollar per week, but that does add up to very real money that consumers spent over the five year, I think it is span that they were engaged in this scheme. This started 2008 and basically they kind of got caught in 2013. So five years, we’re talking about hundreds of dollars extra that people had to pay because of this scam that went right into the pockets of these dairy producers.

Farron Cousins:                  Well, you know, as you mentioned, when you consider the fact that it also does include, you know, the, the butters and the cheeses and all that, I think a trillion is absolutely a very realistic number. But again, they’ve been battling this for close to seven years, probably ready to, you know, get a little bit of a payout and move on on this. And hopefully, of course we, as a regulatory agency in DC, the department of agriculture, hopefully they going to pay a little bit more attention to this and make sure it doesn’t happen again in the future. I believe there’s a similar situation kind of happening right now in Canada as well, isn’t there?

Scott Hardy:                          Yeah. From what we’re seeing that, you know, with the milk producers and dairy farmers are, work together on a North American basis. So it appears that we may see something go up North with the exact same issue. And I apologize. It’s a billion, they forecasted $1 billion in damages, not a trillion. I got, added a couple extra digits.

Farron Cousins:                  They’re still, you know, we, we could obviously have seen damages close to a trillion. Seriously wouldn’t surprise me. A billion, I think that’s very easy. But nonetheless, $220 million coming back to consumers, pretty decent. Probably not enough to make up for all the damages, but people can and will eventually be getting paid from this. And to anyone out there who is a dairy consumer, this could easily affect you. So please follow the link in the description of this video. Head over to Top Class Actions, get all the information you need so that you can sign up for this when it’s time. And of course, another way to keep track of things like this is to sign up for the Top Class Actions, weekly newsletter. Scott Hardy, Top Class Actions. Thank you very much for talking with us today.