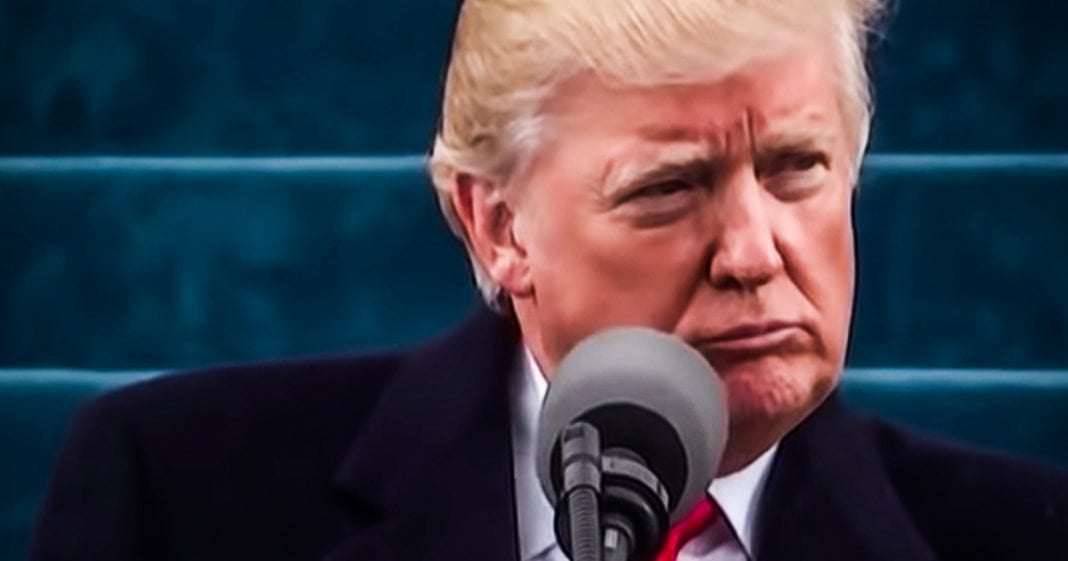 If you think things have been had under Donald Trump’s first term, a second term would be far worse for this country. Right now, we have the chance to undo most of the damage that he has caused, but four more years could put us on an irreversible course on the issue of climate change, on human rights, and with our economy. Ring of Fire’s Farron Cousins explains what’s at stake.

*This transcript was generated by a third-party transcription software company, so please excuse any typos.
You know, we’ve talked a lot obviously over the last three years about a horrible things that have happened in Trump’s first term so far. We still have another year of it. We’ve talked about the Democrats that are running for president and why most of them would be better picks than Donald Trump. I mean, honestly, all of them would be a better pick than Donald Trump, but some of the Democrats are obviously much better picks than some of the other Democrats. But one thing we haven’t discussed yet is what would happen if Donald Trump does? In fact, when his second term, which obviously is a very real possibility, the answer is that a Trump second term would be complete carnage for the United States. First and foremost, Ruth Bader Ginsburg is not going to be on that court by the time we hit the next presidential election in 2024 I would love for her to be, but I think at this point that is simply impossible. So if Trump gets reelected, he’s replacing her and it’s going to be somebody just as bad as both Gorsuch and Kavanaugh. And there’s probably nothing we can do about that. If Republicans still control the Senate that’s out of our control and he gets his third seat on the Supreme court in a second term, he will continue to pack every other court system in this country with Mitch McConnell’s handpick cronies who are going to vote against our consumer rights, our civil rights, our human rights in order to give everything to corporations and Republicans. He will absolutely have remade the judiciary and that is a judiciary that will be lost for multiple generations and literally nothing we can do about it if he gets that second term, four more years of increased emissions here in the United States at a time where we were told a year ago, we had 12 years left to act to reduce our emissions, to take from action on the issue of climate change or else we’re going to start feeling the horrible effects of it, the worst effects of it, in 12 years. We lost a year and we did nothing. Emissions went up this past year, so not only did we not do nothing, we actually got worse. Four more years of Trump doesn’t put us four years behind on that original 12 year timeframe. It puts us probably seven or eight years behind because if emissions continue to increase, that timetable shrinks and that’s what people have to understand. It wasn’t just a blanket 12 years, do whatever the heck you want. If you act you’re good. If you don’t, you’re not. If you keep acting bad, you’re going to shrink the time to a timetable. It’s not going to be 12 years, it’ll be eight years, it’ll be seven, six, four more years. It’s going to put us on an irreversible course on the issue of climate change, and we as a planet, as a species cannot afford that. Then you have the economic issues, right? The trade war. Donald Trump is trying to end his trade war right now with China because he believes and understands it’s going to hurt him in 2020, but if he’s able to survive the 2020 election, guess what? Folks? Trade Wars galore and that’s actually what economists are predicting. Most of them conservative economists, they believe that Donald Trump, who no longer has to be afraid of reelection will begin launching other trade wars with other countries screwing over American consumers and eventually plunging us very deep into a recession at the time. You also have the fact that we have the uh, chairman of the federal reserve whose term ends in 2022 Donald Trump has been very critical of the federal reserve because they don’t do what he tells them to do because they don’t have to. But in 2022 he gets to be the one to replace that person and he will pick somebody who will do exactly what he tells them to do and that will likely send the economy into a depression. We will see more hatred, more violence, more anger, more people locked in cages, more attacks on minorities here in the United States. It will absolutely be carnage if Donald Trump gets a second term. Now, this is not meant to necessarily advocate for any Democrat in particular people who watch this understand who I support. It’s just laying out the facts. Donald Trump is a dangerous human. He’s dangerous to the courts. He’s dangerous to the environment. He’s dangerous to any non white, native born person in this country. He is a threat to the economy. Those are things we have to take seriously. Those are things we have to understand are going to get so much worse if this man wins a second term and doesn’t have to worry about being more restrained because he won’t have to run for reelection again. That’s a scary thought. That’s the scariest part. We could actually see Donald Trump as CNBC, puts it, Unchained as if what we’ve seen recently is his restraint self, and if it is God help us. If he actually does come Unchained.