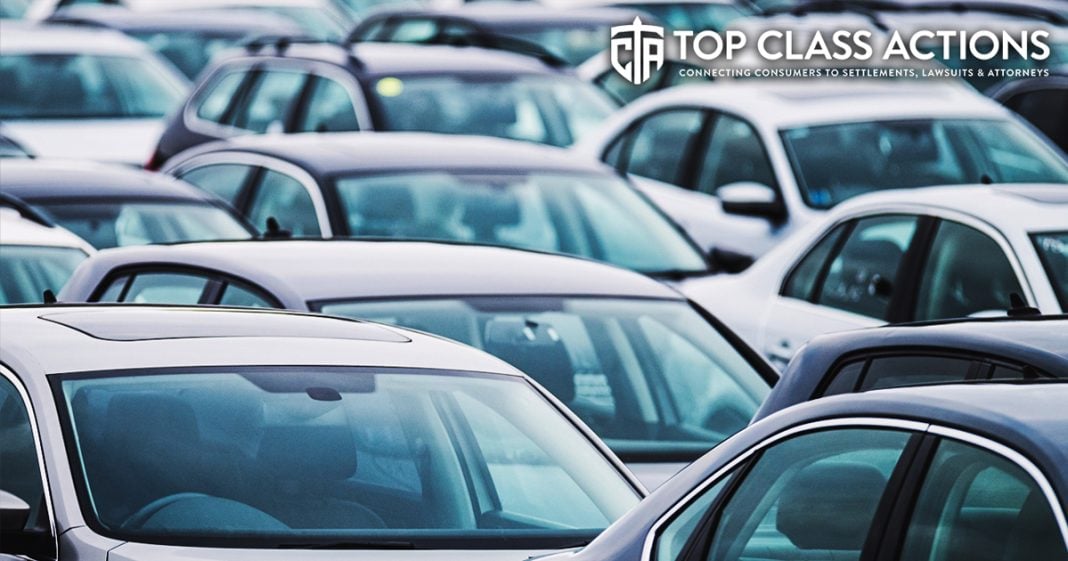 Vehicle recalls are reported every year as the result of serious safety defects. In 2018, there were a total of 29.3 million vehicles recalled from 914 recalls and literally thousands of Technical Service Bulletins (TSB) issued by auto manufacturers to their service dealers.. Some safety defects can lead to serious accidents and injuries. Ring of Fire’s Farron Cousins discusses this with Scott Hardy, President of Top Class Actions.

Farron Cousins:                  At any given point, there could be millions of vehicles on the road here in the United States that have an active recall on them and unfortunately most of the time consumers either don’t know that they have a recall on their vehicle or they simply haven’t had the time to get it fixed. There’s lots of different reasons why vehicles could be recalled and differing levels of danger with each one. And joining me now to kind of help sort through all of this is Scott Hardy, the president of Top Class Actions. And Scott, you and I, over the past year or so, we’ve talked about several different kinds of vehicle recalls, you know, some massive ones, some very dangerous ones, some a little less intense, but all of this adds up to lots and lots of vehicles out there that need to be repaired due to some kind of manufacturing defect. So kind of an overall picture here, what, what are we looking at with vehicles here in the United States right now?

Scott Hardy:                          So as you mentioned, there were more than 29 million vehicles in the US affected by recalls last year. And that’s just a portion of the overall vehicles that could be reported due to possible manufacturing defects. So what we’re doing now is we’re working with Rich McCune, who’s a very successful trial attorney out of the Los Angeles area, and his law firm are taking cases on a nationwide basis and going against auto manufacturers who either aren’t acknowledging that there’s a manufacturing defect causing premature engine wear, transmission problems, brake problems, airbag problems, or that they might have said, yes, there is a recall, but we’re not going to take care of the labor expenses related to it, or we’re not going to extend the warranty for this problem, for this issue that we found. So what these attorneys do is they’re depending on you, the public to find these issues.

And a lot of times what will happen is you’ll take your car in to the dealer and the dealer will be like, yeah, we’re seeing this all the time. And so naturally you go, well, isn’t that covered under warranty? Well, either you’re out of warranty or no, they’re not acknowledging it’s an issue yet. Well, those should all be reported to the, to the, to the national traffic safety board and also, you know, these lawyers because you want to get your repairs taken care of. Something that you and I have talked about all the time is if you hear this as an issue, report it and save your paperwork. Because if there is any kind of class action about it or an eventual settlement, you’ll want all of those details so you can get maximize your payday.

Farron Cousins:                  You know, you brought up an interesting point there about, you know, mechanics telling somebody like, oh yeah, we see this problem all time with this particular type of vehicle. Because I heard that roughly a year ago, took in my wife, she had an older Acadia and one of the headlights kept going out for some reason and I had it repaired at one shop twice. They just changed out the bulb said, you’re good to go. About a month later, back in there again, they said, oh, that bulb must have been bad. Here’s a new one. Month later, bulb goes out again. I take it to a different shop and, and this shop says, oh yeah, we see this all the time. Let me show you, walked me over there and said, you see the little scorch marks here where the electrical part connects. We have had multiple different Acadias of this same year come in, some of them on fire because of this faulty electrical thing.

We, we’re going to have to switch all that out. I paid for it, but that was one of the times the guy said, we see this all the time. And I did send in a complaint for that. I did report that. And that’s what people have to be aware of. These mechanics out there, whether it’s, you know, your, your local mechanic running his local shop or people at one of those chain stores, they see cars all day, every day. And if they tell you we see this problem a lot, that is a great indicator that you need to let someone else know about it. And as you pointed out, save those receipts. I still have my receipt and I’m hoping that maybe something will come of that. Because that was not a cheap fix. Obviously anything in the electrical system changing out wires, you’re going to spend a couple hundred bucks and I would love to get that money back if anything ever comes of that.

Scott Hardy:                          Exactly, I mean, those are all issues that these attorneys are looking for. Everything from acceleration or deceleration problems, airbags that deploy when they’re not supposed to or fail to deploy, battery issues that result in electrical fires, collision avoidance technologies such as adaptive cruise or early collision warnings that, that are malfunctioning. Cracked wheels, fuel system problems that can cause fuel leakage, accelerator pedals that stick, you know, seat belts that don’t work, seat, you know, seats themselves that are having problems. Essentially if you’re seeing an issue in your car, the manufacturer isn’t taking care of it or you’re having issues with that, then you’ll want to talk to a lawyer to see what they can do to help out. Even if your car is a few years old, even if your car has gone over the manufacturer’s warranty by a year or two, because it’s possible that that should have been extended if it was a true defect.

Farron Cousins:                  And another thing people need to do is they need to pay attention to the national highway transportation safety administration. Type in the VIN number from your car into their little search engine. I think they have it right there on their homepage for NHTSA and check and see if there are any active recalls on your vehicle. You know, this isn’t just about keeping you and your family safe, which should be a top priority, it’s also a safety issue for every other person on the road. You know, if your car becomes a missile because you can’t break or, you know, the gas pedal gets stuck, you’re a threat to everyone out there, not just yourself. So this isn’t just take care of yourself. This is take care of everybody else too, by taking a couple minutes, going to the NHTSA website and checking to see if you have some active recalls that you need to get taken care of.

Scott Hardy:                          Yeah, that’s a great resource. You know, I just had my, brought my car in for the emissions test here in Arizona, which is required, and they actually printed out a separate recall paperwork saying, hey, you’re impacted by this recall according to your VIN. I said man, that’s pretty cool. It’s, it’s, it’s great that they’re actually doing additional checks at the state level for recalls. And so now I get to bring my car into the dealer and say, hey, fix it.

Farron Cousins:                  And, you know, I, I hate to have to even put anything on the consumers themselves. It shouldn’t necessarily be our responsibility to go have to see if there’s problems. But, you know, if you, if you moved recently, if you haven’t updated your address, they could have sent out a notice that you didn’t get. Maybe it went to your old house or old apartment or whatever it is. So we do have to kind of be a little proactive on that. I know I’m a little paranoid about it because mostly because of the conversations you and I’ve had, you know, working with attorneys for 15 years now, I get very scared about vehicle recalls. So I check constantly just to make sure I’m okay. But, you know, other people probably don’t do it as frequently or obsessively as I do, but everybody kind of needs to take that step.

Make sure you’re checking it, you know, once or twice a year at least to make sure that you’re not driving something that could impact you, your family, or anyone else on the road. And of course, if you have experienced any problems, if you’ve heard the mechanic tell you, oh, we see this all the time, follow the link in the description of this video. Find out more information. Find out who to contact by going to topclassactions.com and as always, while you’re there, make sure you sign up for their weekly newsletter. Scott Hardy with Top Class Actions, always a pleasure talking to you.