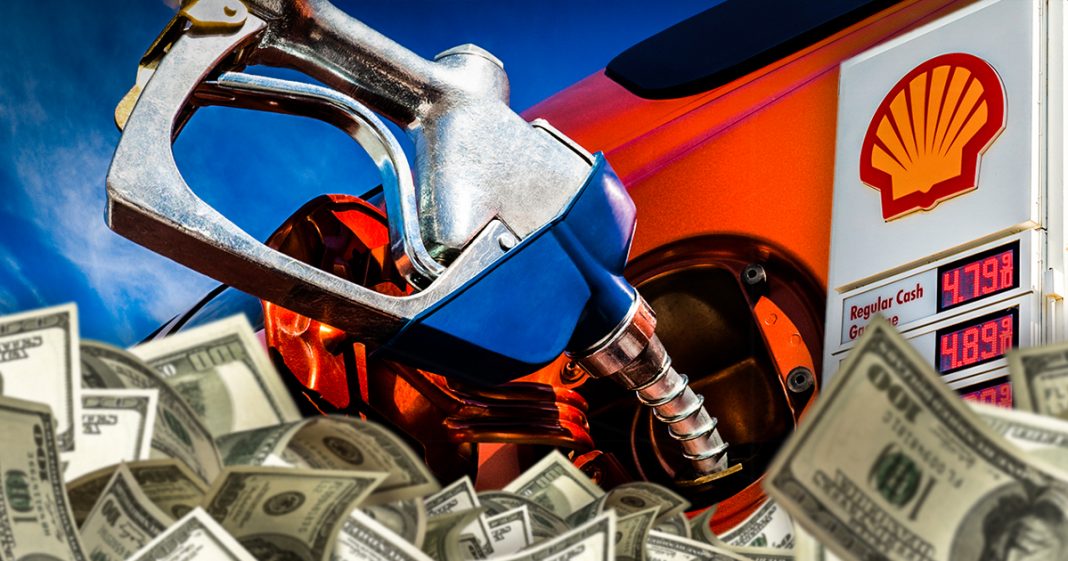 While most fossil fuel companies now reluctantly admit that climate change is real, the truth is that they have known for decades that the problem was legit. The problem is that, behind the scenes, they are still funding climate change denial and attacks on climate scientists. This propaganda is poisoning public discourse, and must end in order to allow action on climate change to move forward. Ring of Fire’s Farron Cousins discusses this.

*This transcript was generated by a third-party transcription software company, so please excuse any typos.
It’s pretty much generally accepted, even among fossil fuel companies right now that climate change is real, that human beings are partly responsible for it and that the actions of those same fossil fuel companies are really what’s caused this problem to get worse. But here’s the sad part. Even though most fossil fuel companies absolutely agree that yes, climate change is real and we should do something about it. They are still funding, not just climate change denial, but spending millions of dollars a year attacking actual climate scientists. Because here’s what’s happened. Over the past few years, there has been a pretty big shift in public opinion on climate change. The majority of people in this country, the vast majority understand that climate change is real. We have to do something about it. And that even includes registered Republicans. As this sea change has shifted and people finally understand this isn’t a hoax. The tactics of these groups funding climate change, denial of had to get a little more intense. So rather than attacking the science which failed them for so long, it’s served them well for awhile, but now it’s failing. Now they’re going after the climate scientists and few climate scientists in this country have experienced that worse. Then Michael Mann, I mean he has absolutely been attacked by the industry in this multimillion dollar, uh, campaign against him for quite nearly a decade. At this point, he’s been winning his court cases, which is phenomenal because they have slandered him to hell and back, but that’s the latest move. It’s no longer just go out there and try to muddy the science. It’s muddy the scientists themselves because then you take out that one person at the top in everything they’ve ever done suddenly become suspect. So far with their attacks on Michael Mann, they succeeded for a couple years unfortunately, but now it’s swinging back into his favor and everything they’ve said about him has been exposed as a lie. But here’s the thing. The Huffington post recently did a phenomenal report where they traced roughly $2 million coming from fossil fuel companies who admit climate change is real to a group called energy in depth. Now, this is a group that I covered extensively during my time with the smog blog, and what they are is a climate change denial front group that is funded by the industry that goes out, puts out all this phony science, tries to lie about climate change. And now as I mentioned, they’ve shifted their tactics and they are attacking the scientists themselves. Some of their funders, according to the documents obtained by the Huffington post include shell, Occidental petroleum, BP, Chevron, Halliburton, and about nine other oil and gas companies. So even though these companies are out there admitting some of them even running ads about making, making better, cleaner energy, Oh, we’re doing our part for the environment. We’re up our act, we’re investing in renewables. We know climate change is real and we’re going to save you. They’re still behind the scenes pushing millions of dollars per year into groups like energy in depth to not just attack the science, but to also attack the scientists. This is dirty. This is deceitful. And this is actually yet another reason why I support Bernie Sanders. Because Bernie Sanders has said when one of the things he’s going to do, he’s gonna throw these fossil fuel executives in jail. And I like that, not just because I’m vengeful and spiteful, but because for generations, generations, these executives throughout varying times in their, in their careers knew that climate change was real. They knew that they were mostly responsible for it, and they made the decision to do nothing. And Bernie wants to hold them accountable. And that is a plan I can always 100% get behind.