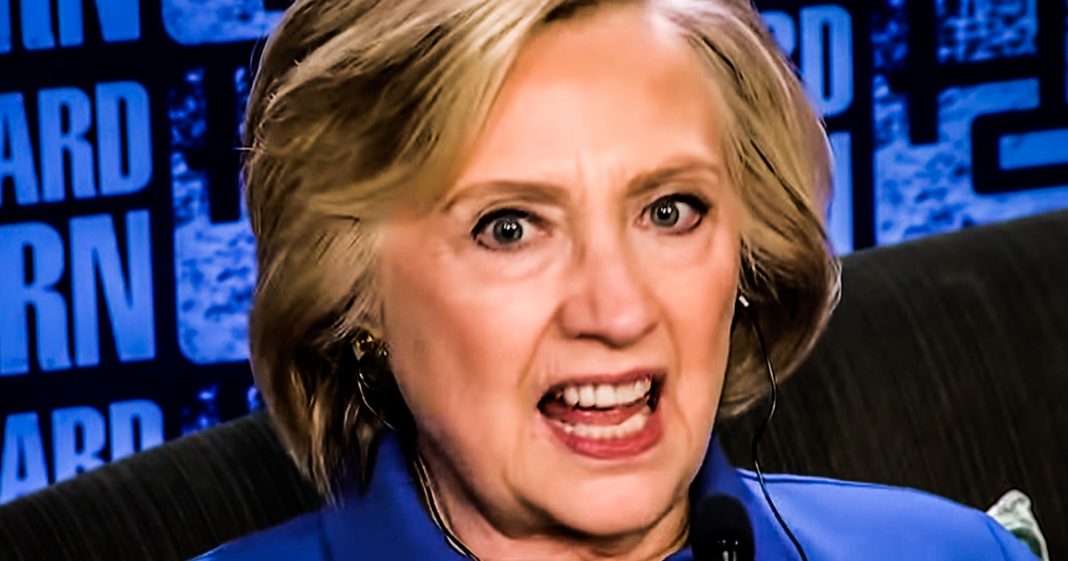 According to a CNN reporter, at least one White House staffer is floating a conspiracy theory that Hillary Clinton lost the 2016 election on purpose, with the help of Russian hackers, so that Democrats could eventually impeach Donald Trump. Ring of Fire’s Farron Cousins lays out how this conspiracy would have had to play out in order for it to even have a shred of truth (which it doesn’t.)

*This transcript was generated by a third-party transcription software company, so please excuse any typos.
Yesterday during the impeachment uh debate in the house of representatives, a CNN analyst by the name of Brian Karem spoke to a white house source of his and that white house source. According to this CNN analyst laid out what might be one of the weirdest conspiracy theories about impeachment that we’ve ever heard. Here is what Mr Karem tweeted out, not from the onion, but a white house source. Hillary Clinton purposely lost the election with the aid of Russian hacking so the Democrats could then impeach Trump. That is the conspiracy theory that according to this CNN analyst one, at least one white house source is trying to pedal. So let’s dive into that for a minute because I find this very interesting. So here is how this conspiracy theory would have to play out. According to the white house source, Hillary Clinton had to have been the one colluding with Russia. So Hillary is colluding with Russia saying, take all my info, go after me, boost up Donald Trump, make sure I lose this election that I’ve been working towards for my entire life. And then, then I’m going to make sure Democrats win in the midterms in 2018 because totally something she could have predicted or even helped with. And then I’m going to make sure that Joe Biden runs for president in 2020 so that his son Hunter’s, uh, involvement with the Ukraine gas company comes under scrutiny just enough to make Donald Trump want to call Ukraine and withhold aid that I don’t even know is coming up for a vote yet cause it didn’t exist and then extort Ukraine for that aid. So then house speaker Nancy Pelosi can finally move forward with articles of impeachment. That is the only way that conspiracy theory would have been able to play out, which would also mean Hillary Clinton would have to be psychic. I, I don’t think any of that’s true. I mean, listen, Hillary Clinton was not a good candidate. She was grossly incompetent. She lost that election even though she won the popular vote. But even if she could have planned all of that out as this conspiracy theory claims, she still wouldn’t have done it because she wanted more than anything on the planet to be the president of the United States. She would have made a deal with the devil himself to be the president of the United States. But the reason I even bring this up, and again, we don’t even know if this is confirmed, but this is the kind of wacky crap we have to put up with coming from the right. I do trust the CNN analyst here. We have seen crazier things come out of this white house. So this is very believable, but be prepared, folks, because now that Donald Trump is officially impeached, we’re going to see a lot more of this crazy talk coming from the Republicans.