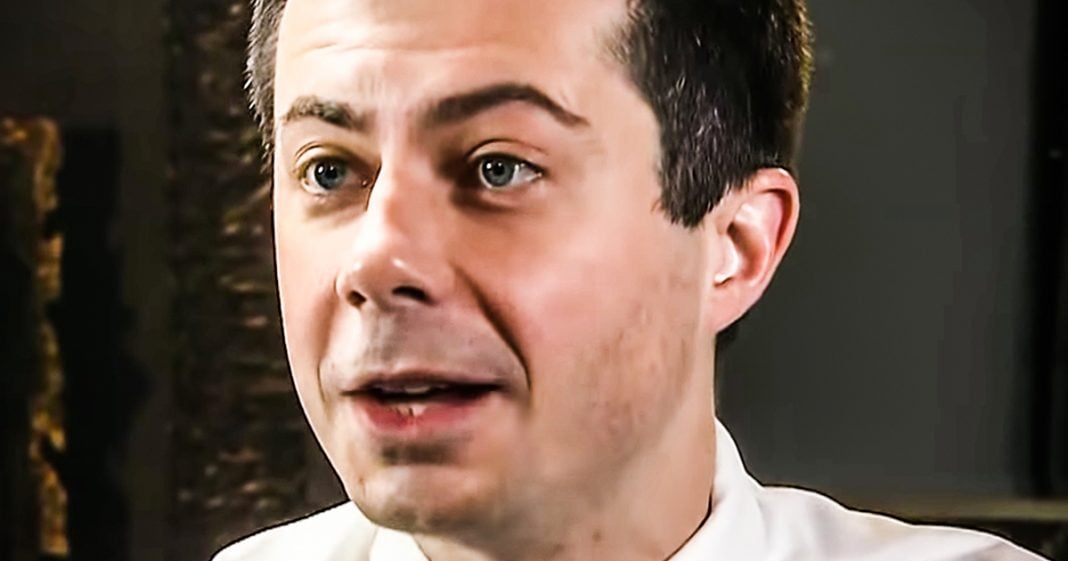 Pete Buttigieg promised to be more open and transparent with the press and the voters after his past and his donors started to become a focal point of his campaign, but he has failed in every regard. After he released a list of his top bundlers this week, it became apparent that some names were missing, and it didn’t take long to find out that these were high-dollar Wall Streeters who were helping Pete’s campaign. Ring of Fire’s Farron Cousins discusses this.

*This transcript was generated by a third-party transcription software company, so please excuse any typos.
Late last Friday after repeatedly being criticized by his fellow presidential candidates and a lot of Progressive’s on social media. And in the other regular media, Pete Buttigieg decided to finally release a list of his bundlers who have raised $25,000 or more for his campaign. And he said, quote, I strive to be the most transparent in the field. He wants to be the most transparent Democrat running for president right now. So he releases this list of bundlers late on a Friday evening, which is when you release things that you want buried because nobody’s paying attention. But luckily reporters at Politico were paying attention and so they looked at this bundling list and they said, huh, now we’ve gotten official campaign disclosures from them and we’re looking at our list from the official campaign. We’re looking at the one he released to the public. And somethings not right here. There are some names missing on the one that Buttigieg released. And it turns out that those names happen to be Wall Streeters, hedge fund managers and other multimillionaire and billionaire donors and Buttigieg, his campaign says, oops, sorry. There was nothing malicious about that omission. We just totally forgot to put those names on there. Even though, even though as Politico pointed out, you literally already had a list. You had a list that you could have just released that because the media already had it, right. They get access to those things. So instead of just releasing the straight up list that they have to file on their financial disclosures, they took the list, they edited the list to take the names of the Wall Streeters off of there. It was intentional and Buttigieg and his campaign are out there trying to tell us, no, sorry. Oops, we made a mistake. No you didn’t. No you didn’t. You had to take the list from over here, copy and paste it to another thing and then erase those names. That is intentional. Buttigieg is a liar and that’s the big takeaway from all of this. He is not the most transparent in the field. He is an absolute liar. He has lied or at least tried to conceal a lie of omission, I guess you could call it his past work at McKinsey, you know? Oh, I can’t tell you anything. Okay. I’ll tell you a little bit. Oh, okay, fine. Now that I’m under so much scrutiny, I’ll tell you the truth. I have kids. Okay, I know how that works. You know, you kind of have to dig it out and the more you have to dig it out of them, the more you know they’re lying to you and that’s what I see with Pete Buttigieg. This man cannot be trusted. I don’t trust him one bit. These lies of omission just are becoming a little too common for me. I’m going to read something here. This is from common dreams about one of the bundlers that he, oops, forgot to tell us about one such bundler was William rom managing director of the hedge funds center bridge partners. The fund was one of several firms that concealed it’s Puerto Rican debt holdings through shell companies. As pension funds in the territory were slashed as Puerto Rico debt mounted vultures swooped in by nearly half of the distressed bonds and using that leverage to pressure the Puerto Rican government wrote David Day in at the American prospect earlier this year. The bouts of austerity and suffering that we’ve seen on the Island are in no small part due the role of vulture funds like Centerbridge partners, and that’s the kind of guy that boots- uh Pete Buttigieg didn’t want us to know he was getting $25,000 or more from, gee, I wonder why. I wonder why you wouldn’t want us to know that you’ve buddied up to the people who screwed Puerto Rico in a way that the lawsuits are still ongoing. I am friends with the lawyers handling those cases. I have helped work on them a little bit in a just kind of going through documents. It’s disgusting. And so is any human being that would partner up or accept money from the people who did that to Puerto Rico. For me now, officially Buttigieg is a nonstarter and cannot count on my support.