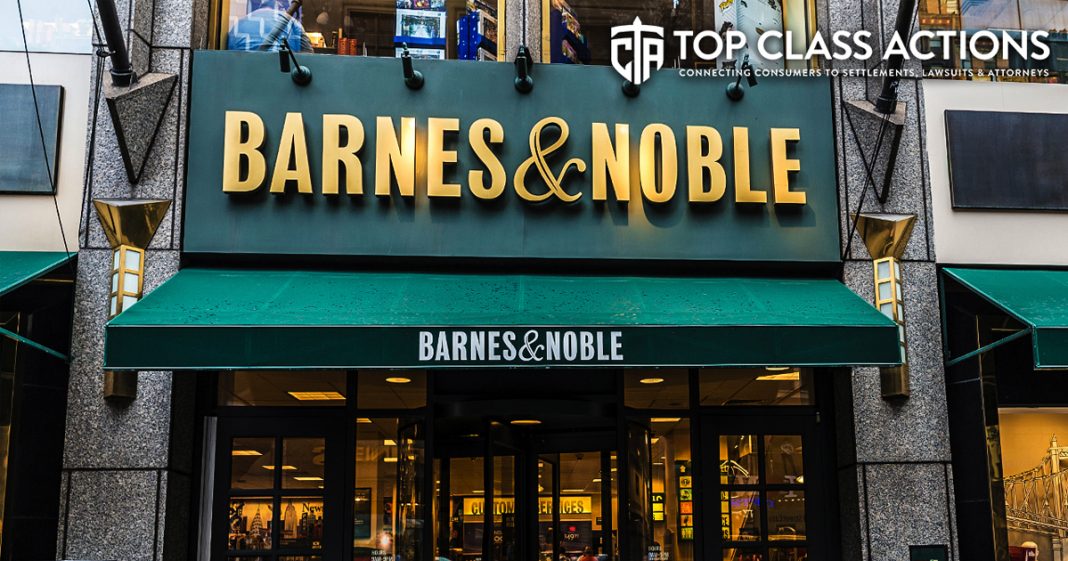 A recent Barnes & Noble class action claims that the bookstore’s new owners purged older employees in a “campaign of age discrimination.” In August, private equity hedge fund Elliot Management Corp. took over Barnes & Noble. For the past few decades, the bookstore has reportedly struggled to stay relevant and competitive in a growing technological market. Since 1997, Barnes & Noble has closed almost 400 stores around the country. The new owners of Barnes & Noble allegedly aimed to cut costs and drive sales which they accomplished by firing employees over the age of 40. Ring of Fire’s Farron Cousins discusses this with Scott Hardy, the President of Top Class Actions.

Farron Cousins:                  Just a few years ago, Barnes & Noble was bought out by a private equity firm, as a lot of these big chain stores in the United States have kind of fallen victim to. When they aren’t doing as well, can’t support themselves, you get these private equity firms swooping in claiming we’re going to save you, we’re going to keep you alive. We’re going to let people come to your stores instead of just buying online. Which in theory obviously is great. But unfortunately, according to a new class action lawsuit, this company that swooped in and bought Barnes & Noble has been engaging in age discrimination.

Scott Hardy:                          It is, I mean, you had the private equity hedge fund, Elliot Management Corp., on August of 2019 closed on the assets of, of Barnes & Noble. And then a month later you had this woman who was over 40 get fired and she said, wait, I’ve been with the company here for 12 years. I’ve always gotten glowing reviews. You know, I’m a great employee, I love working here. Why are you firing me? And the answer that she got from the management team there, according to this lawsuit is that, oh, a Barnes & Noble, they’re just hiring salespeople now. They’re not hiring book people. Salespeople, meaning young people just off the street. While book people are those of us who are over 40 who really love books as well and, you know, might not fit the, the, the young hip image that, that they believe that this equity fund is trying to go for.

And this woman, she actually tried to go through all the right channels here. She didn’t get fired and immediately go to a lawyer and try to sue them. You know, she went and filed her complaint with the California department of fair employment and housing. She also cross filed it with the equal employment opportunity commission and they both said, hey, all right, you’ve got the right to sue, go forward. At that point she proceeded with the lawsuit. But, you know, she, she worked to try to get it resolved from what we can see here, without litigating. But unfortunately, you know, she had to take this route and she must not be the only person out there. I mean, you know, when you work at a company for 12 years, you have lots of friends there. And so we’re going to have to guess and we’ll see as this lawsuit progresses, that there are a lot of other people over 40 who were fired, or after this, after this deal closed and that are looking for work now, do to their age.

Farron Cousins:                  Well, yeah, and it’s not like she was a problem employee. Again, she had been there for 12 years, so obviously things were pretty okay with her, but she had also, she was an award winning employee. She won awards from Barnes & Noble for how good she was at her job. So there really was no justification whatsoever from this new owner of Barnes & Noble to get rid of this woman. She had proven time and time again that she was a great team player, willing to go above and beyond. In fact, she won the above and beyond award for Barnes & Noble. She knew what she was doing and she was good at what she was doing. It’s just maybe she didn’t match what this company wanted people to see when they look through the door.

You know, we don’t want book people. We want salespeople, right? No, it doesn’t matter. A salesperson could be 99 years old. So why the distinction? Why, why is a book person versus a salesperson? I’m willing to bet this woman was capable of selling some books. Otherwise, she probably would not have been there for 12 years. I think this is pretty obvious here.

Scott Hardy:                          Right, I mean, I don’t know if Barnes & Noble is trying to make a transition to just being that cool coffee shop vibe, trying to get the college students in there and buying coffee and buying books and magazines instead of people like me who like to go in there and browse and talk to these folks over 40 who know about books that are older than I am an older than they are. You know, I think they’re really making a mistake and hurting a lot of that core audience. You know, it just kind of makes me want to stick with Amazon and stick with my Kindle rather than go out and buy a book and spend some time in that bookstore, if this is the attitude they’re gonna take.

Farron Cousins:                  And it really is difficult because obviously, you know, we do have a huge portion of the population, they are aging, you know, but because of the way things are, most of them still need to work. And Barnes & Noble is a kind of job where yes, that, that, that could be great for older generation workers. You know, combined obviously with young people. But if you’re going to try to go out there and say, listen, nobody over 40, you know that, that’s huge. You know, because you’re cutting out a lot of the average aged working population. But I think a lot of it also has to do with not just this is the image we want. It’s that listen, people over the age of 40 they’re going to want a little bit more money. They’re going to want benefits, you know.

Whereas the kid who’s only working part time, still going to college, they may not have the worldliness yet to know that we’re going to take advantage of them as a worker. And that’s something we see in, you know, companies all the time, especially, you know, retail fast food, restaurant work, things like that. They do like the younger people because they know they can take a little bit more advantage of them as opposed to somebody who’s, you know, been with the company for 12 years or somebody who is in their forties or fifties, they know the warning signs. They, because they’ve had the experience, these younger workers have not had that yet. They will get it, especially if they keep working for Barnes & Noble.

Scott Hardy:                          Yeah, that’s the thing is you’ve got these people that have worked for these companies for 10 plus years. They’ve gotten raises every single year as a good employee and now they’re just trying to cycle these folks out and put in lower paying, younger folks that as you said, are, aren’t going to stick up for themselves like someone who is middle aged that’s more likely to do so. They wanted to save that money.

Farron Cousins:                  For more information about this issue, please follow the link in the description of this video and head on over to topclassactions.com and while you’re there make sure you sign up for their weekly newsletter. Scott Hardy with Top Class Actions, always a pleasure talking to you. Thank you.