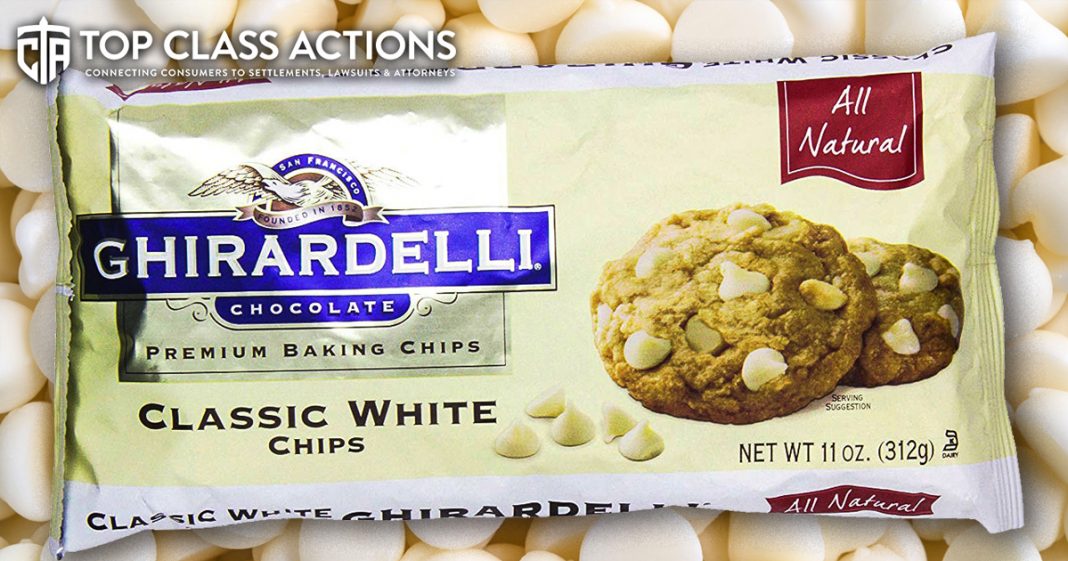 A class action lawsuit claims that Ghirardelli Premium Baking Chips Classic White are not really made of white chocolate, and are instead made with imitation chocolate crafted from ingredients like hydrogenated and palm oils. The customers claim that they were misled by Ghirardelli’s reputation as a premium chocolate brand, and the fact that all of the other similar chips, including milk chocolate, dark chocolate, and semi-sweet chocolate, are made with chocolate. Ring of Fire’s Farron Cousins discusses this with Scott Hardy, the President of Top Class Actions.

And so we’re trying to take a look at this and say, what, did Ghirardelli just forget? Were they acquired, so then the new acquisition made that they didn’t have to abide by the terms of the class action settlement from 2014? Did those terms expire and so Ghirardelli just went back to marketing it in the same way? I’m not quite certain yet. The team’s looking at both class actions to see exactly what’s happening. But it’s surprising that you have an established brand that’s trusted and loved like Ghirardelli, come back and get hit with a class action that they already settled five years ago.

Farron Cousins:                  You know, and again, this is a trusted company. You know, Ghirardelli is known for chocolate. That is what they do. And so if you’re out there baking, you want to have the best thing possible. So you do reach for these, you know, Ghirardelli white chocolate chips. You pay a little bit more for them, but you think you’re getting a better product and that, you know, is something we talk about all the time. You pay a little more because you think you’re getting something a little bit better. But as this lawsuit states, you’re not using any of the cocoa fats, which is what makes it actually white chocolate. Instead, you’re using the other oils that you’re just mixing together and claiming that this is white chocolate.

Farron Cousins:                  Right, I mean, the consumers are already paying for the superior product, so all you’ve got to do is actually give us what we’re paying for and we’re going to be happy. But at the same time, obviously with this lawsuit, you need to go ahead and compensate us in some form for the inferior product that you duped us into buying. For more information about this particular issue, please follow the link in the description of this video. It’s going to take you over to Top Class Actions and while you’re there, make sure you sign up for their weekly newsletter. Scott Hardy with Top Class Actions, always a pleasure talking to you.