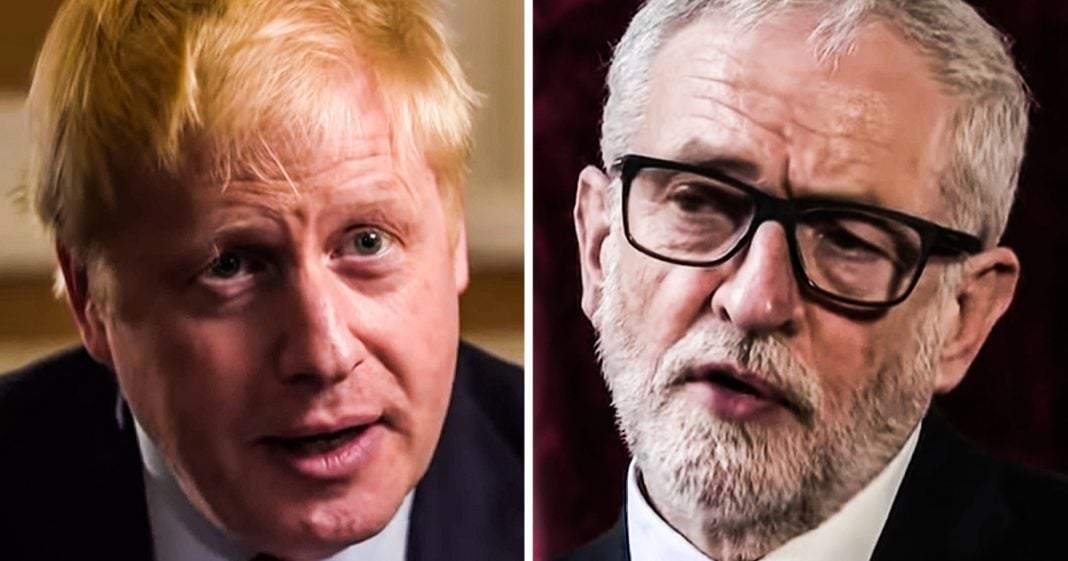 The pundit class is still trying to tell us that last week’s elections in the UK are some kind of “cautionary tale” for American progressives, warning us that if we move too far left like Jeremy Corbyn did, we’ll lose in 2020. If that were true, Democrats would currently hold a majority of statehouses, the Senate, the White House, and most governorships across the country. Ring of Fire’s Farron Cousins explains why you can’t compare what happened in the UK to what’s happening in the US.

*This transcript was generated by a third-party transcription software company, so please excuse any typos.
So here’s an issue I just wasn’t necessarily planning on addressing. But after seeing story after story after story from all these super smart American political pundits telling us the Jeremy Corbyn’s defeat in the recent UK elections is somehow a cautionary tale for leftist in America. I couldn’t ignore it anymore because those false talking points are still being circulated in new articles every day. So just for a quick recap, yeah. Boris Johnson won the UK election. He is a hard right conservative. Uh, pretty much the same making is Donald Trump. Jeremy Corbyn was a leftist labor guy, lost, lost big time. Conservatives really won the day over there in the UK and so obviously after that, all these American political pundits came out and said, Oh my God, see what happens folks, see what happens when you go too far left, you lose elections, you lose your power. So Democrats in the United States, you need to not go too far left because the same thing will happen to you. And nothing could be further from the truth. First and foremost for two different populations. Like two different societies. You can’t necessarily compare the electoral makeup of one country to another. That’s not how this works. But more importantly, why would one loss over there cross the Atlantic ocean be a cautionary tale when roughly 1000 losses when the democratic party moved to the center? That wasn’t, that wasn’t a cautionary tale at all. And just to remind you of the numbers of what Democrats lost during that shift in the Obama years, when we moved a little closer to the center, a little further to the right, we lost 62 seats in the US house of representatives. We lost 12 governorships and we lost 958 seats in state legislatures. Oh, and we also lost control of the US Senate, which we have not yet gotten back. And all of that was because we were moving a little too close to that center, almost stepping over the center all the way into the right. You know, why was Hillary Clinton’s defeat in 2016 not a cautionary tale about moving too close to the center. I am sick and tired of these idiot moron pundits telling us that we can’t go to far Left. I mean even when you look at the polls and see, Oh my God, overwhelming numbers support Medicare for all and debt free college and green new deal and $15 minimum wage and all those great progressive socialist ideas. People actually liked them left right and center. They loved them and yet we can’t stand behind those policies that are hugely popular because then we’re at risk of winnin- uh losing an election. Yeah, backing popular programs is how you lose elections according to the super smart pundit class who know way more than you and I could ever know based on, I don’t know, because the data doesn’t back up anything they have to say literally none of it, none of it. And yet these people get paid the big bucks to go out there on MSNBC to write their columns in Washington Post or the New York Times and tell us that, Hey, that election that happened a couple thousand miles away is proof that people like Bernie Sanders and Elizabeth Warren can never win an election, in a different country. Don’t believe those stupid talking points. Pay attention to what’s happening here in the United States. You can win by moving further to the left, and if you don’t believe me, I would like to refer you to last year’s blue wave. I think that sent a message pretty loud and clear that when you back away from corporate centrism and you embrace true progressive policies, you can change the country.