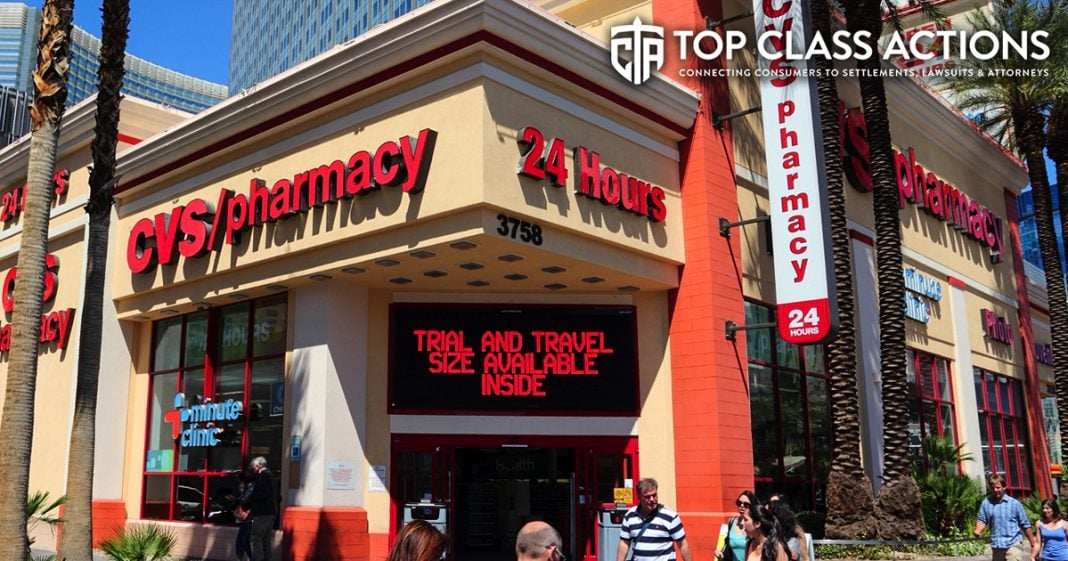 A U.S. district judge has certified two more Classes of customers affected by CVS’ allegedly unfair pricing of medications. Consumers in New York and Arizona have been added to existing Classes of consumers in California, Florida, Illinois, and Arizona. This decision was made by U.S. District Judge Yvonne Gonzalez Rogers last week despite CVS’ argument that to certify these Classes would make the pricing policy class action lawsuit “unmanageable.” Ring of Fire’s Farron Cousins discusses this with Scott Hardy, the President of Top Class Actions.

Farron Cousins:                  One of the biggest issues facing Americans, and it’s an issue that we hear politicians talking about a lot these days, is drug pricing. We are paying more on average than any other country on this planet for our prescription drugs. And we have frequently here at Ring of Fire, talked about the role that drug companies play in this, but we haven’t really hit on the fact that the pharmacies are also part of the problem. Well, according to a new class action lawsuit, CVS pharmacies may have been even more apart of the problem than people had realized.

Joining me now to talk about this lawsuit is Scott Hardy with Top Class Actions. And Scott, we’re not necessarily saying that CVS is jacking up their prices or had done so in the past compared to other pharmacies, this is slightly different. They had offered a special discount program for people without insurance and that’s where the problems came in. Tell us what happened with that little program.

Scott Hardy:                          So CVS offers their CVS health savings pass. So if you don’t have insurance you can save on hundreds of different generic drugs that they sell. So, you know, from the consumer’s perspective it looks like a great deal. And I applaud CVS for having this program, taking care of their customers and making sure that those who don’t have health insurance have an affordable option to get these generic drugs. The issue comes into play where insurance companies are being charged more than those uninsured folks. And so you have CVS that typically, you know, the insurance companies negotiate deep, deep discounts and are paying less. They, that’s what they do with doctors, right?

Uninsured folks typically pay more to doctors than the insurance companies do. But in this case, the insurance companies were actually paying more for generic drugs than the uninsured members of this savings pass. And that’s what this class action is about. Is it’s saying, hey, if I didn’t have insurance, I would actually pay less for my drugs? Because I’m paying premiums to my, to my insurance company and those insurance premiums are more in theory because they’re paying more for these drugs that obviously are available cheaper than your selling them to me at right now. So I’m overpaying what I should, I want to pay the same rate as everybody else. You shouldn’t charge me more just because I have insurance.

CVS obviously says, nope, we didn’t do this. We maintain that we have done nothing wrong. The prices were the same across the board. But to me, especially with this lawsuit going forward now, this kind of seems like a thing that’s going to be pretty easy to find out during a, a discovery process. Right? I mean, we can go back and we can look at receipts here on this. Everything is digital. This isn’t something they’re really going to be able to hide unless they go back in and change records for, you know, hundreds of thousands if not more people.

Scott Hardy:                          No, this is going to come out in the discovery process as you said. And it’s really funny that CVS tried to fight this when two new States were added. So now, this class action currently covers now New York, Arizona, California, Florida, and Illinois. And of course the attorneys are trying to work to get more States included, but CVS said, oh, if you add these other States in this class action, it’s going to make it unmanageable for us. Uh, no it wouldn’t. That’s whole point of a class action is putting everybody under one litigation so you can make this settlement as a whole and not make it so doggone challenging.

So CVS, you can go that route and I’m willing to bet that most people involved in this would say, you know what, that is acceptable because we’re already getting worked over on these drug prices. So any kind of break you give us, even just temporary, is going to make a big difference in our lives. We’ll see. This is a big one and I think this is one that CVS obviously really doesn’t stand a chance with unless they’ve got all those receipts to back it up, which I don’t think it’d be moving forward right now if they had those receipts to back it up.

Farron Cousins:                  Absolutely. For more information about this issue, follow the link in the description of this video and head to topclassactions.com and of course, if you have not already done so, please do subscribe to their weekly newsletter. Scott Hardy with Top Class Actions. Thank you very much for talking with us today.