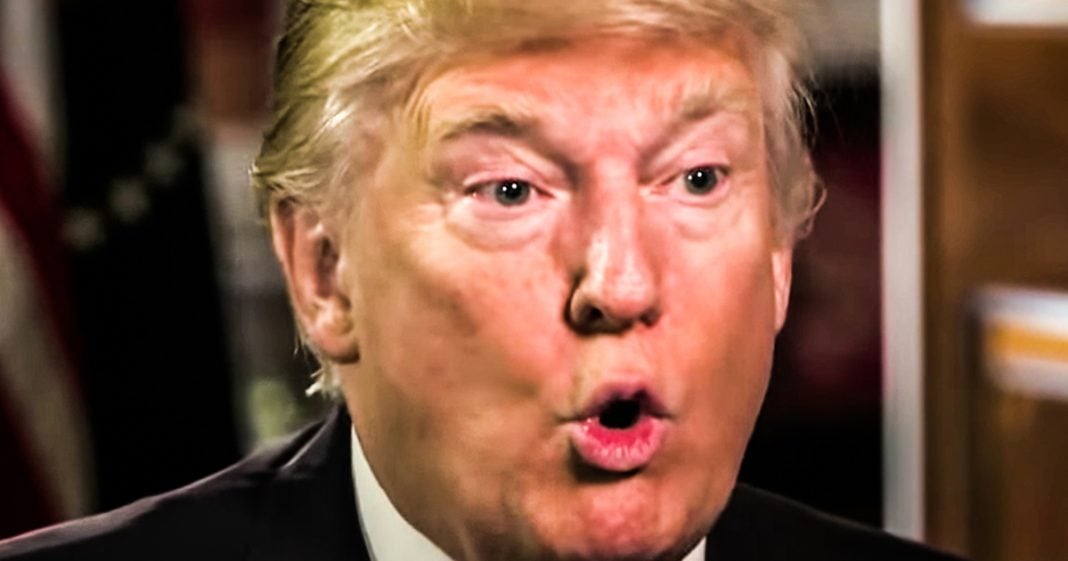 Donald Trump was very unhappy that Fox News aired interviews with both James Comey and Adam Schiff over the weekend, so he attacked the network via Twitter warning them that only “pro-Trump” shows do well on their network. Sadly, he isn’t wrong, but it isn’t because people just love to hear good things about Trump, its because his followers are suffering from a cult mentality. Ring of Fire’s Farron Cousins discusses this.

*This transcript was generated by a third-party transcription software company, so please excuse any typos.
On Saturday night during a Fox news binge watching session, Donald Trump saw promos for upcoming interviews on Fox news Sunday for both James Comey and Adam Schiff. And when he saw those promos, he grew absolutely irate, lashed out at Fox news on Twitter, and here is what he had to say. And this was two tweets, so you know, he was like super mad about this if he had to spread it across two. First one, hard to believe that Fox news will be interviewing sleazebag and totally discredited former FBI director James Comey and also corrupt politician Adam shifty Schiff. Fox is trying so hard to be politically correct and yet they were totally shut out from the failed dim debates. Second tweet, both Cami cast MSNBC and fake news CNN are watching their ratings tank. Frito on CNN is dying. Don’t know why Fox news wants to be more like them. They’ll all die together as other outlets take their place. Only pro Trump Fox shows do well rest or nothing. How’s Shep doing? Obvious reference to Shepard Smith who abruptly left the network and was one of the few people on there willing to call out Donald Trump for his lies. But here’s the thing, he’s actually not wrong about only the pro Trump shows on Fox news doing well and people like Shep Smith not doing as well in the ratings when he was still on the network. And there’s a reason for that. Shep Smith most of the time, not all of the time, but most of the time was actually talking about news of the day. Verifiable things that you could go and look up and find out are real. The rest of the people, whether it’s Fox and friends or Laura Ingram or Tucker Carlson, Sean Hannity, a Maria Bartiromo, a judge, Jeanine, those shows are pure fantasy. They’re absolute works of fiction that have no basis in reality whatsoever. And that’s what Donald Trump’s audience likes. That’s what the Fox news audience likes. They don’t want to be bombarded with facts and figures and statistics and data. They just want to be told things that they can easily digest things that can’t be verified. But it’s okay for that crowd because they’re not going to go out and fact check them. That’s why those shows do well because there is a cult like mentality within the Republican party where they have to go to these networks to get their talking points. We don’t have that on the left. We don’t, and that’s a good thing because we don’t want brainless, spineless people going out there saying, we have to watch liberal media too get our talking points. But that’s what the Fox news audience is. Our audiences across progressive media tune in to find out new information and hell yeah, they fact check us if we get something wrong and they should. That doesn’t happen at Fox. So he’s right about the fact that only the pro Trump Fox shows do well. And that’s because Fox news viewers love a good work of fiction.